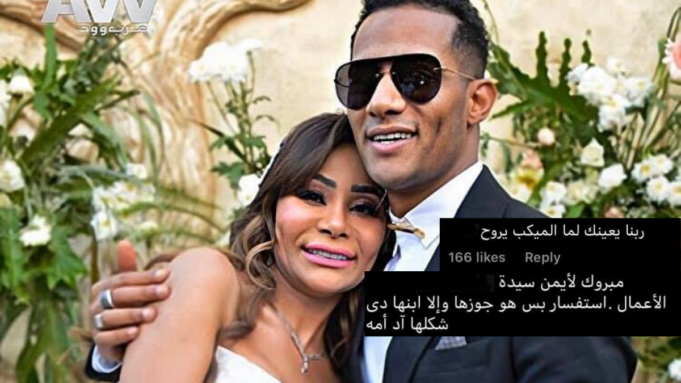 This summer, you may have noticed things are a little different. A lot of things were put on hold, wedding season included, which is understandable because the world is facing a pandemic right now.

Some people, though, didn’t get that memo. See, a lot of engagement parties and weddings have been held, including Mohamed Ramadan’s sister Eman’s recent wedding.

And, yes, that last wedding is when people started taking things out of proportion and not in the good way. Sadly, you’re about to see what we mean.

So, what is this even about?

Remember when we said that this year’s wedding season is 99% out of the question? Well, there were a frenzied few who still believed it stood a chance, so they naturally held their own weddings. Eman Ramadan, Mohamed Ramadan’s sister, was one of those people.

As media attention grew more and more around Mohamed Ramadan’s sister’s wedding, so did everyone’s comments. People were angry about this reckless behavior because holding a party (even if it’s sanitized) in a pandemic is still risky. And the photos of the crowds present at the event didn’t help mollify the public reaction either.

Before we delve into anything else, let’s just say this: Eman Ramadan’s wedding should have been criticized, simply because of the risk factor.

While a few people were making legitimate points, others were busy zeroing in on Eman Ramadan’s looks. Bullying her and focusing on anything they could to mock her, with some comments being so cruel we couldn’t even post them here.

Someone’s less-than-savory behavior isn’t an excuse to mock them by going after their vulnerabilities. And although we thought we were past this point, bullying is just horrifying, plain and simple. No amount of “but I had a point” justifies it.

If any of us do have a point, we should be making these points by focusing on the actual things we want to say and not bullying and mentioning things that don’t even relate to the subject. It’s as simple as that.

This wedding was reckless and we should mention that. We shouldn’t, however, talk about her looks like they’re part of the problem.