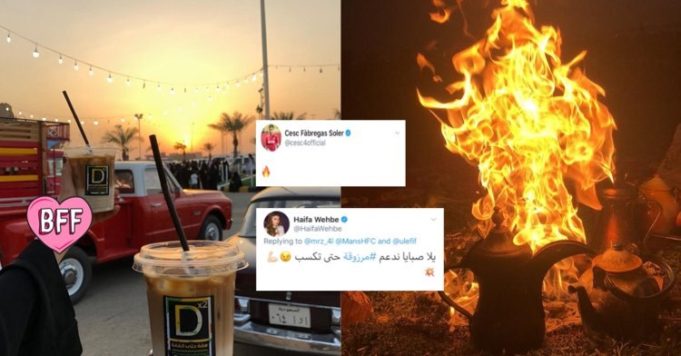 Yesterday, May 18th, the story of “Abou El Qaht” and “Marzooka” went viral out of nowhere really and gained both regional and international attention in no time!

If you’ve been offline yesterday, you missed some serious twitter action that- probably- only comes every once in a blue moon. So, here’s what went down and how this turned into a gender-based competition.

It all started with this tweet, a guy in Saudi Arabia announcing a prize for a photography competition.

Want to know how an ordinary competition could blow up sky-high? Only when “Abou El Qaht” trash-talked another female competitor “Marzooka” with mean and hateful phrases. SO, OBVIOUSLY, TWITTER WORKED ITS MAGIC!

Fast enough, women solidarity manifested itself in likes and tweets hating on “Qaht” and rooting for “Marzooka” that came flooding our timelines. Especially when some users dug in the guy’s account and found how misogynistic he really is!

But things really went out of proportion when celebrities started joining in the trend. Mohamed Heneidy, Haifa Wahby and Ahlam were among the first A-listers to take part and support Marzooka in her battle against patriarchy!

Hours and hours went by and the likes rate was going into the Millions zone, when international celebrities caught the fever, too! However, not all were in favor of #teamgirls. Take Cesc Fàbregas as an example…

Want to guess who ended up winning? GIRLS, OF COURSE! An hour before the competition deadline Marzooka had already beaten the guy to the finishing line with way more likes.

Moral of the story? Girls run the world.