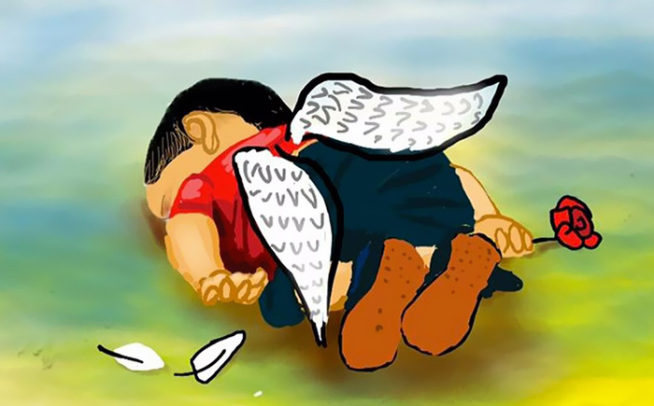 As has been made clear by the media and your Facebook newsfeed, the Syrian refugee crisis has grown out of control. They are stuck between a rock and a hard place, a choice to be made between no place to stay and no clue of where to go. We have all been shocked recently by photos of a little Syrian boy who was found drowned on a Turkish shore attempting to reach Greece. One child amongst 220 thousand killed until now. A crisis where a person or even family who is forced to leave their home towns pleading for survival, yet have to surrender to living in humiliation or constant need for the basics of a pleasant life. At some point, words can no longer express the urgent need of humanitarian assistance for the millions of Syrians inside Syria and the overwhelming percentage that is displaced. One way that people have resorted to expressing their thoughts and pain is through art, whether it is in the form of graffiti, cartoons, caricatures, photography, or others. Here is a glimpse of the crisis in ink and photos. 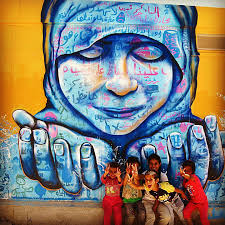 A refugee camp in Jordan called Al Zaatari Project Camp opened a year agoand delivers amazing reflective paintings every week .The camp encourages refugees to paint their thoughts and beliefs as a constant attempt to feel better and the results are breathtaking .This one reflects how they feel hopeless to act, so they seek a solution by asking God to guide them. The photo shows how happy the paintings make the children and raise their hopes towards a better future. 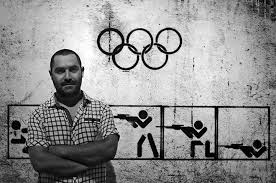 One of the refugees still located in Syria wanted to mock the fact that media was so focused on the next Olympics of Rio de Janero, so he created this graffiti to show how killing in Syria has become more of a game. The artist used powerful image to show the disconnect between what has been trending and what is really important, and being sarcastic towards how sports’ events have become more important to the world than children or families dying every day. 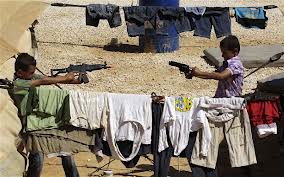 An Australian photographer took this photo at one of the refugee camps, wondering, even if the crisis ends soon, how would those children grow up after living in an environment where children play with guns?  Life at most refugee camps is too crowded and children get access to drugs and weapons hardly with any supervision. This is an illustration of how those camps may not be the best option after all. 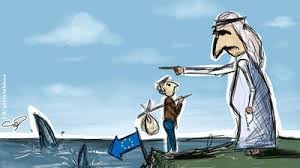 Some of the wealthiest Arab countries have not opened their doors to the refugees, leaving these people to go through normal visa procedures and leaving them to less options of survival. The cartoon is tackling the fact that these people feel frustrated of how their fellow Arab Muslim countries reject them. 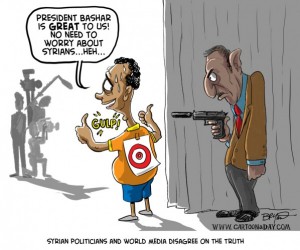 This caricature illustrates how the Syrian president still survives with protection from people who fear him and his power. For those who allege that there are Syrian citizens who live in peace at their own country, this one is an illustration of how they truly live in Syria controlled by fear. 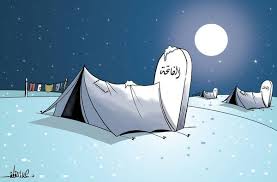 For those who believe that the refugee camps are the solution to the problem, you would be surprised to know that a lot of people are doomed to die at those camps. Citizens receive less than half a dollar per day and the UN or humanitarian organizations fail to accommodate all of these these people’s basic needs. 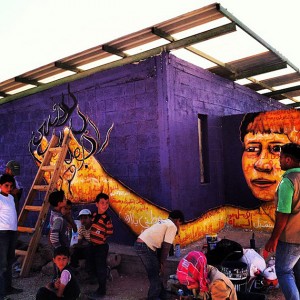 This one is one of the best graffiti because it is used to give the children and Syrian people hope that freedom is within their own hands. The painting includes words like “amal” w “kheir.” The use of catchy and striking colors is intended to grab everyone’s attention and spread a message.

We wrap up with high hopes that Arab countries, along with the UN and the rest of the global community, can gather their efforts to free those citizens out of their misery and manage to provide the basic amenities for them to lead a pleasant life. If those people see hope, even in art, then no one or any government can stand in their way. Start by yourself, and educate everyone around you about the crisis. May God end this entire bloody crisis soon.