Creepy, spooky and hair-raising. Come closer and you will go running for the hills; that’s in a few words the description of building number 412 at Rushdie Street in Alexandria aka “3omaret El 3afarit”.

“The landscape used to be a cemetery. The people buried there all died in mysterious murders, so their tormented souls still dwell in the building.”

“The building was owned by several partners who had problems and were not on the best of terms. One of them sought the services of a thug to set curse on his fellows but instead the curse was placed on the building which was plagued by the evil eye.”

When it comes to tales, welcome to the Egyptians’ territory! We can have a tome with the people’s countless accounts of why they think this building is freaking the hell out of us, but where’s the truth? Do jinns or ghosts live in the building for real?

Below are 5 arguments refuting the Egyptian imaginary tales and demonstrating that this building is nothing but a big ugly vacant one:

1.“No one dares set foot inside or he would die a painful death.”

No one? Are you sure about that? 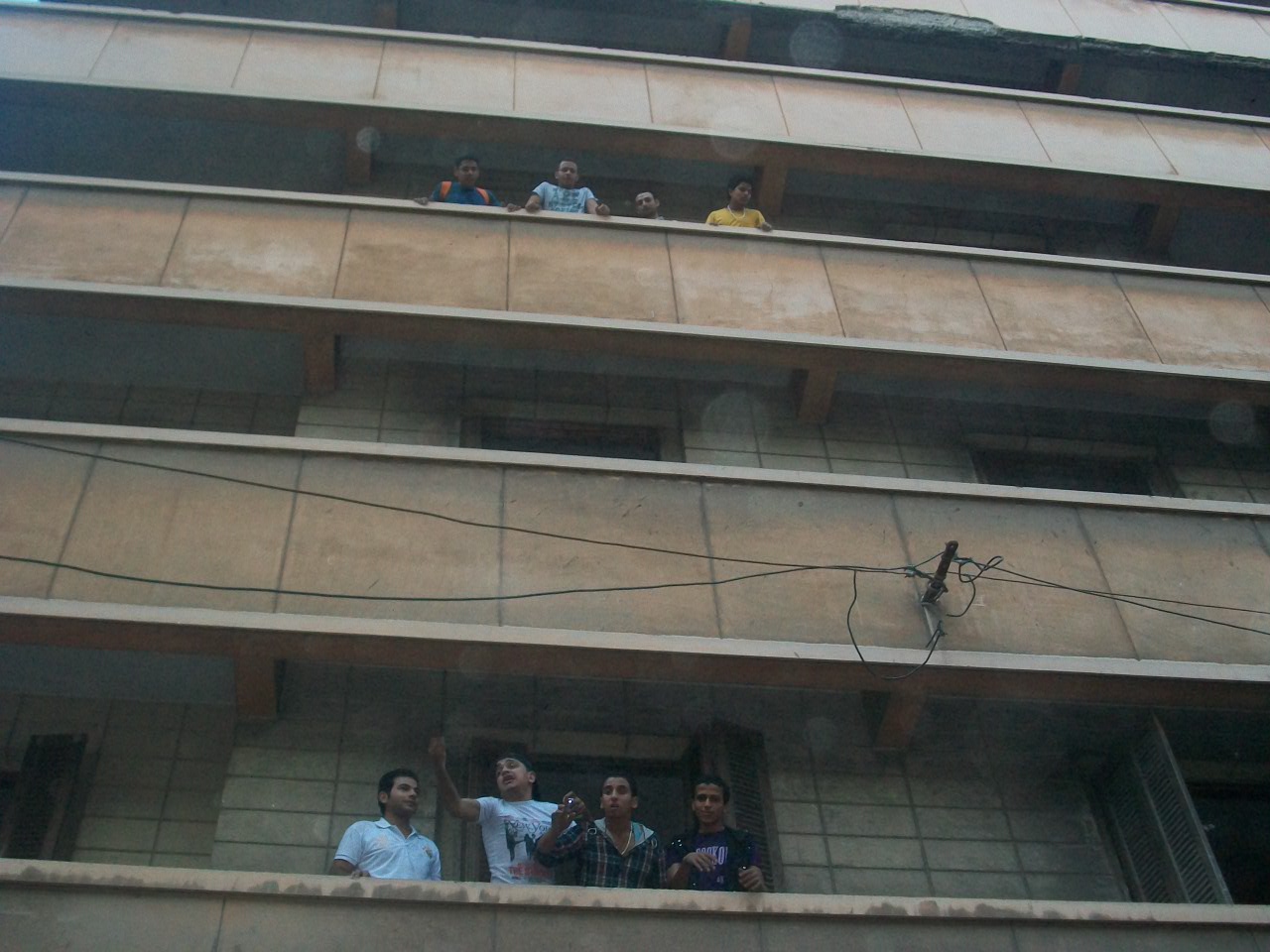 In 2012, fifty or more people, didn’t fear the fate of those who come uninvited and decided to spend a whole night inside the building to break the mold and prove that the ghosts and all that jazz is made up. They toured the building for hours and didn’t bump into a single headless woman or see their names written in blood on the walls. They would have made it until the morning if it weren’t for the doorkeeper’s threat to call the cops.

2. “A mosque was intended to be build on the ground floor but the greedy owner preferred to build a garage; that’s why the building is jinxed.”

That’s really funny since the only thing that seems to be working in this building is the garage; a large number of people use it as a parking lot. Well, maybe ghosts don’t like cars!

3.“Anyone who decided to live there ended up with their furniture thrown on the street, with no clear memory of what really happened.”

Seriously, get a life!! The interior of the building is still under construction, showing beyond doubt that no one had ever lived there in the first place. So the famous tale about how it all got started more than fifty years ago when the residents of the building came rushing down, screaming and running in terror is nothing but rubbish.

4.“Ghosts don’t like company, therefore, no one can ever live there.” 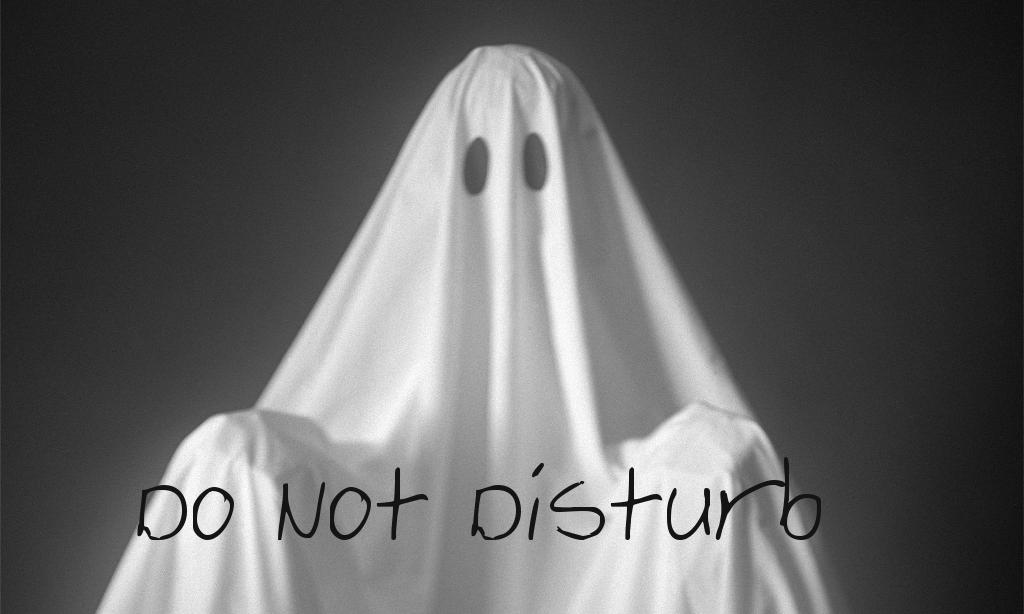 The garage keeper and his family already live in the building by the way, and apparently they didn’t grow horns or speak alien language!

5.“In the daylight, if you tried to peek at the inside of the building you won’t see a thing.”

Such a mysterious fact! Tell you what? Try to turn off your room’s light and look into it, guess what? You won’t see a thing due to something otherworldly called ‘darkness’ that usually happens when there is no visible light. Weird, isn’t it? There are walls, doors and windows for God’s sake; the light can’t penetrate inside if they’re not open!!! You can only see the inside if someone turns on the light. 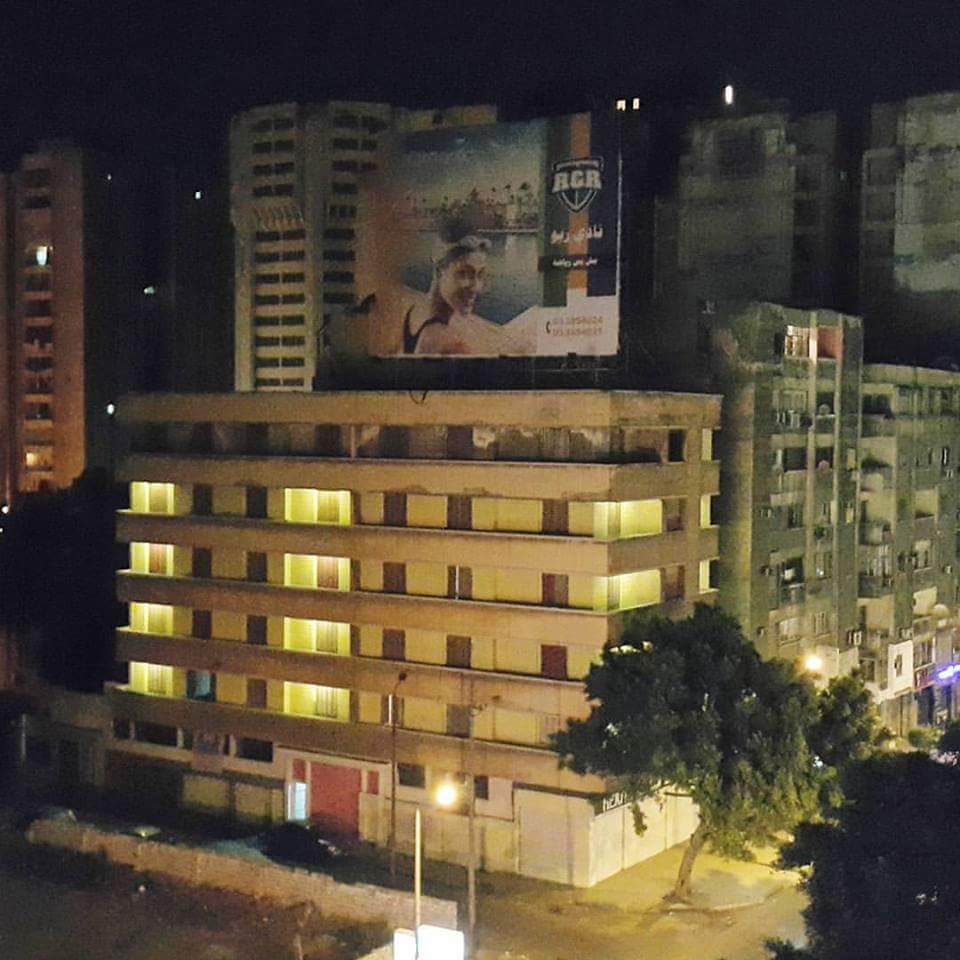 It’s incredible how we have the skill to magnify a random fact in our life, and turn into a plot fit enough for a Hollywood horror movie. We’re simply 90-million filmmakers directing a live action movie.