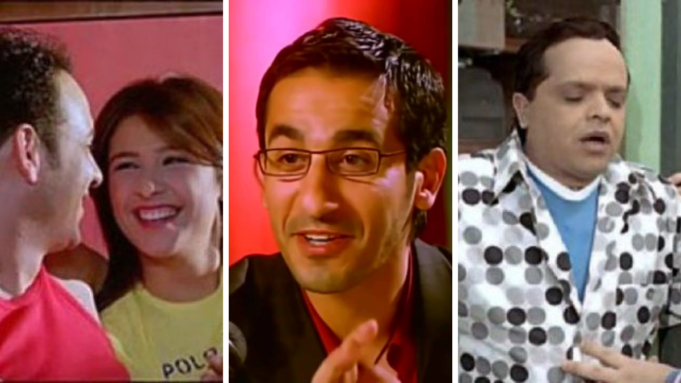 Do you ever think some movies are so old, they kind of crossed the limit of being analyzed? Because this sentiment has been going around recently. And here’s the thing — we really don’t agree with it.

You cannot just “shut up and watch the movie” when it comes to a lot of fan-favorites that literally shaped up a huge chunk of modern culture. That just cannot happen anymore. Now that we’re growing up and are, you know, developing critical thinking skills, it’s about time we used them.

See, if we don’t use our brains to analyze old movies, we’d never find out just how suspiciously creepy some of these movies were. Just check out these 5 for reference.

On the surface, it doesn’t get more family-friendly and wholesome than Andaleeb El-Dokki. It’s the first film to give us a song celebrating fatherhood as well as showing the true meaning of family.

But have you noticed that literally not a moment when Jomana is on screen goes by without harassment? Fawzy literally implies he’d rape her at one point. How is that family-friendly or acceptable?

Yes. It’s problematic. It’s unreal how problematic Hareem Karim actually is, by the way. Other than the thirty-thousand accidental home-wrecking plots, the main storyline is downright creepy.

Don’t get us wrong. He wants to clear a misunderstanding that led to a divorce, but come on, chasing the ex-wife all over the country certainly isn’t the way to do it. This isn’t Egypt’s Most Wanted.

Ah yes, the internet’s favorite shell-shock of a movie. People have generally been very unkind to this film, especially, even though it oddly remains a national favorite.

But we can all see why it’s problematic, you know? A controlling male lead with severe violence issues paired with the youngest female minister who later quits for his sake…well, you can see it too now.

Forget about the window scene with that iconic Tamer Hosny “Hawsalek” moment. Take a deeper look into this movie and you’ll actually see that we had no reason to dislike Nour’s character for immediately shutting Tarek out.

He commits literal identity theft to spy on her. Nothing in that sentence is good. And we all know what a foundation built on lies is, right? A whole lot of lies punctuated with a lifetime of trauma of being stalked.

Don’t yell at us — take one second and listen before you accuse us of “senselessly ruining old faves”. See, here’s the thing with 7arameya Fi Thailand. On the surface, it’s an amazing movie. It’s fun and has an amazing plot and it’s full of witty one liners to boot.

But you know what? Karim Abdelaziz’s character literally cons Hanan into marrying him and never really tells her that she might be an indirect accomplice in an international crime. So yeah…context changes things.

See? Sometimes, you need to take a deeper look into things.