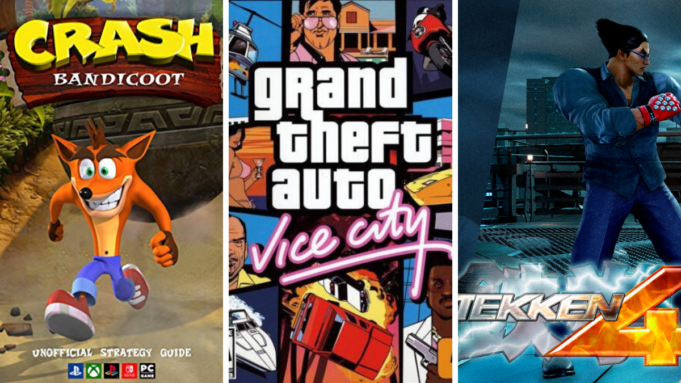 Don’t you ever miss when you were a kid? You know, those days when all you had to do was go to school then go home to play whatever games you wanted after you did your homework? We remember that all too vividly, especially the part about the games.

So to keep our nostalgia train going, we decided to list up the five games that didn’t only shape up our childhoods, but shaped up some of our culture too.

Who hasn’t seen this wayward mutant bandicoot (and yes, that’s what Crash’s species is) once or twice, right? We all loved to help him as he went through many quests and adventures to save his girlfriend from evil hands.

Whether you played one of the many adventure games or you stuck to Mario Kart, you’ve seen and loved those brothers. And you weren’t the only one either. The Super Mario Bros impact still lasts to this day, all while making us miss the simpler times.

Another lovably odd animal, Sonic the Hedgehog is a game that was as simple as it was entertaining. You just had to be fast and beat Doctor Eggman and his henchmen, all while collecting those rings with your trusty sidekick Tails.

As a game that raised a generation and consequently spawned a lot of memes, Grand Theft Auto has passed the point of nostalgia. It’s straight up iconic now, even though the game in its core was just about stealing cars and committing felonies. Truly an educational gem that explains a lot about us!

Even though Street Fighter hasn’t had much of an impact on us as a collective, when we were growing up, fighting games were still all the rage.

Here’s the thing, though. Because there were many games of that sort, people were divided into camps. One camp religiously followed the Tekken Saga while others got their Mortal Kombat on. Either way, both camps were really into button-mashing and perfect K.O.’s.

Even though Call of Duty is still just as popular today, we can’t deny its particular impact when we were younger. You might think, the further we go down the nostalgic train, that these impactful video games were just channels of violence, but they’re not really. We also learned a lot of coordination, self-restraint, and all that other fun we told our moms.

What other video games defined your childhood?