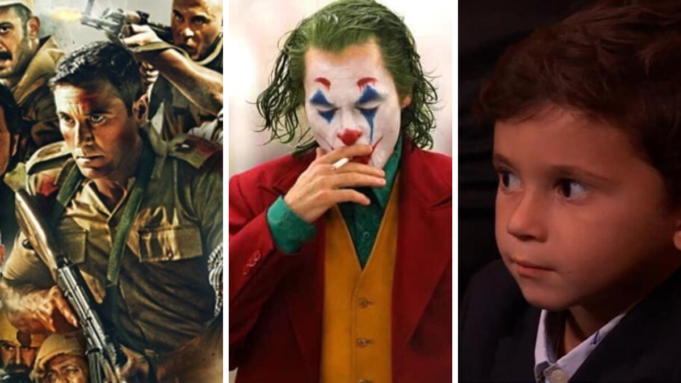 Another year, another roundup. It may not seem like the year has ended this quickly, but it’s doing just that. Don’t believe us? Take a look at the year’s top trends and you’ll see what we mean.

Cat memes took over the planet.

If you were ever online this year, then you’ve seen your fair share of cat memes. We don’t mind them, especially when the cats in question are incredibly expressive.

Love them, hate them, pretend-to-dislike-them-even-though-you-secretly-watch them, internet personalities were everywhere this year.

From TikTok people to vaguely disturbing YouTubers to actors who are just funny online, we can definitely see how they monopolized our timelines.

Egyptian rap/trap made its mark.

Don’t try to pretend you didn’t google anything Gemeza-related this year just out of plain old curiosity. We see you, sir, but don’t worry we’re not judging when we’ve been doing the same!

Whatever you thought of this singular song, we can’t deny that it certainly exposed more of our society to Egypt’s trap scene.

We’ve seen more than our fair share of headlines about Esseily this year. Sadly, the ones that rang out more poignantly than others were the jokes about his refusing to take photos with his fans.

What possesses people to go on live TV to which millions of people tune in and actively fight others? We don’t know but, well, we watched them anyway.

Among the many fights we remember from this year, the ones that stayed with us the longest were Helmy Bakr’s attempted feud with Magdy Shatta and Somaya El-Kashab’s ongoing fight with Ahmed Sa’ad.

This year, Egypt hosted two AFCON competitions, of which only one trophy remained in the country. Sure, we were disappointed with an embarrassing round of 16 exit in the senior competition, but we moved on well, didn’t we?

The Joker film (and all the memes that followed)

As the most anticipated movie of the year, Joker had some expectations to live up to so when it came out, everyone naturally crowded those cinema doors.

Because Egyptians love humor, we all but anticipated the memes that followed. Not that they didn’t live up to their standard.

Whether you’re into football or not, you’ve probably seen this kid in a meme or two. We have nothing to say, really, except that he knows his comedic timing well!

It’s been long since we had a good war movie, hasn’t it? The wait was worth the while, though, because El-Mamar came out this year to absolutely overwhelm us all.