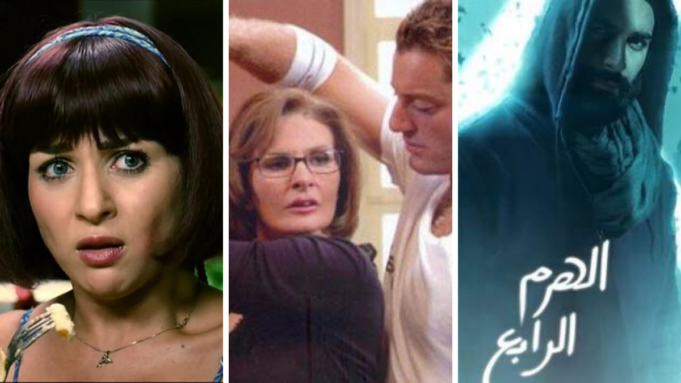 Egyptian movies aren’t strangers to adaptations. After a cloud of a suspicious lack of creativity, we’ve even grown rather fond of these adaptations too, considering that’s how we got cult classics like El-7asa El-Sab3a and El-7arb El-3alameya El-Talta.

The thing is, though, that the Egyptian movie adaptation game has been struggling recently. Our remakes are no longer adding anything or even changing it to suit the culture, deciding to lift the source material as is and leaving masses of cringe along the way.

And, quite frankly, we’re sick of it. So sick we’ve even decided to make an entire list to commemorate the worst Egyptian remakes of all time. Gear up, guys.

Since we’re talking about bad remakes/adaptations, you should have probably guessed that we’re going to be talking about Peter Mimi’s penchant for the genre.

Sadly, Mimi lost the plot with this one because, well, he directly lifted the concept and then did nothing to maintain what made it intriguing in the original. In fact, if you remove the whole hacking aspect from it all, El-Haram El-Rabe3 will be just another Egyptian action-melodrama.

Yet another Mimi production, El-Erd Bytkalem doesn’t even try to pretend that it’s something other than a directly translated copy of Now You See Me and a rather poor one at that too.

We don’t know what it is about Peter Mimi and turning perfectly good plots into hackneyed overused stories but that he (and his audience) seem happy, so all’s good, we guess.

Remember when Yousra and Tamer Hagras tried to be Richard Gere and Jennifer Lopez in a movie that was cringey as it was vaguely creepy? Yeah, we wish we could delete that from our minds too.

See, what was an inspiring story about a middle-aged man going through a crisis and trying to discover a new passion in life became an all-too weird gender-reversed version that never really goes into the actual plot, which is something we can’t forgive. That and Tamer Hagras trying to be a Sex Symbol.

El-Dada Doody differs from all the movies present here because, like an actual adaptation, it puts its own spin on the source material. However, that only lasts about thirty minutes total at the very beginning and the very end of the movie.

So what happens in between you may want to ask? Well, the answer is loosely connected antics of which 75% are directly lifted, word for word, from Cheaper by the Dozen, a slap in the face of plagiarism.

Game Over is on our list for many, many reasons. For one thing, it tries its best to walk the healthy middle between adaptation and literal-word-theft.

On the other hand, though, this movie pretty much erases all character depth, motivations, general concepts of acting, and adds a Sobky-style Mahraganat Battle that quite literally does nothing to the story.

To be honest, we’ve had half a mind to put Amn Dawlat on the list simply because it indirectly compared Hamada Helal to Vin Diesel but we decided to rise above that.

What we couldn’t rise above, though, is the fact that, again, Amn Dawlat copies all the fun antics and dips out right when it’s supposed to get heartfelt and meaningful. But then again, that’s just a staple of Hamada Helal movies.

Quite a shock, right? You wouldn’t expect a movie so horrible to be a ripoff of a moderately successful movie, but it is. In the vein of all true Egyptian movies, though, Hasan w Bo2loz went the extra mile to make the movie weirder than it needed to be.

Which one of these would you like to un-see?