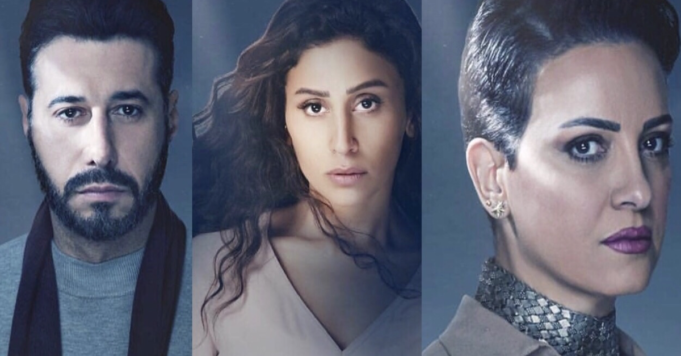 The crime and mystery show Zay El-Shams got everyone obsessed this Ramadan. Now that we’re nearing the last few episodes, everybody’s on the edge of their seats. And we’re all going out of our minds trying to figure out who the hell killed Farida and why!

Therefore we decided to lay down all the options possible on the table.

Here are our very own theories for who might have killed Farida and what could have been their motives:

Let’s start with the obvious, shall we? Ever since the show started airing, everyone was quick to point the finger at Omar, Farida’s ex husband.

And yes, to be honest, his motives to kill Farida are loud and clear. First of all, he wants his children to live with him back in Alexandria. Second, he knows how much she turned them against him after the divorce. And third, he is convinced that she’s a bad influence on his kids. 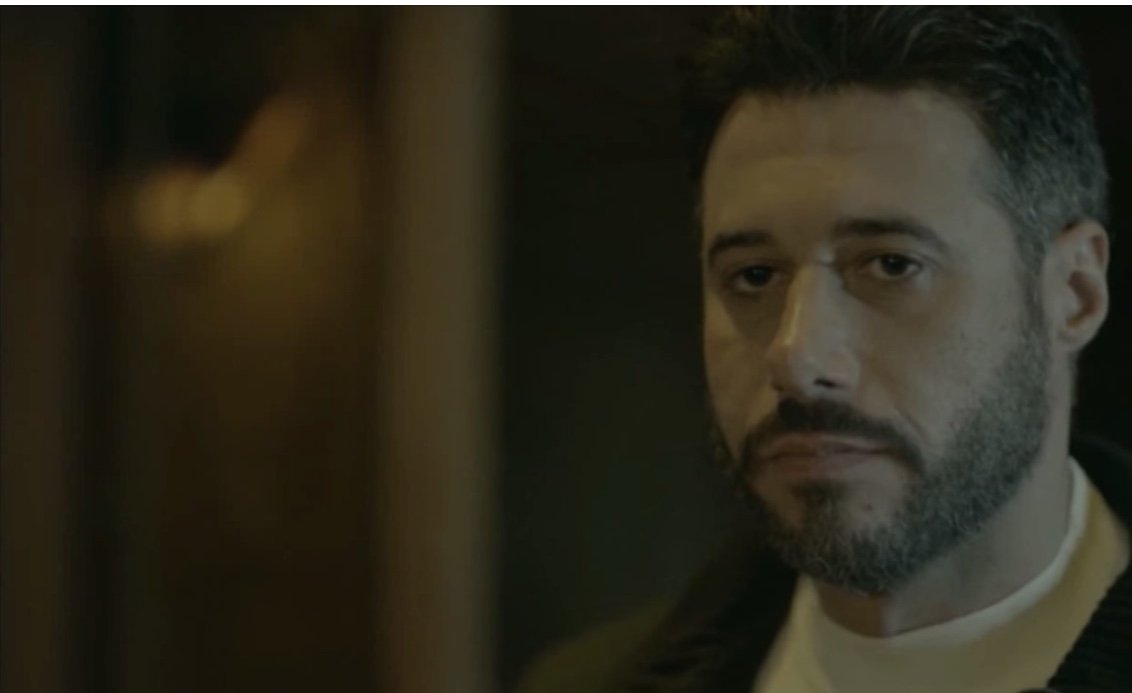 There’s also another important factor which began to take shape in the last couple of episodes.

What if he did this in order to win Nour back? What if he killed Farida knowing her absence is the ONLY way him and Nour could reignite their spark? Realizing he was wrong to pick Farida over Nour, for example.

Well, everything’s possible at this point.

With that being said, and for those who don’t know, Zay El-Shams is adapted from an Italian series called “The Sisters”.

However, a close source reportedly denied that the ending will be the same as speculated on social media. Which is the ex husband being revealed as the killer.

But still, the current events are all leading us to believe Omar killed Farida. And that’s kind of the reason why we think they’re misleading us on purpose for an unexpected turn of events!

Yeah yeah, she was in London at the time of the murder. But that’s as far as we know. Because everything is not what it seems!

Let’s not forget that Nour stopped talking to Farida for thirteen years, and refused to forgive her like a thousand times!

You might wonder, how could someone kill his own sister? Well, it could easily be the way Nour decided to avenge what Farida did to her when she cheated with her then-fiance Omar. 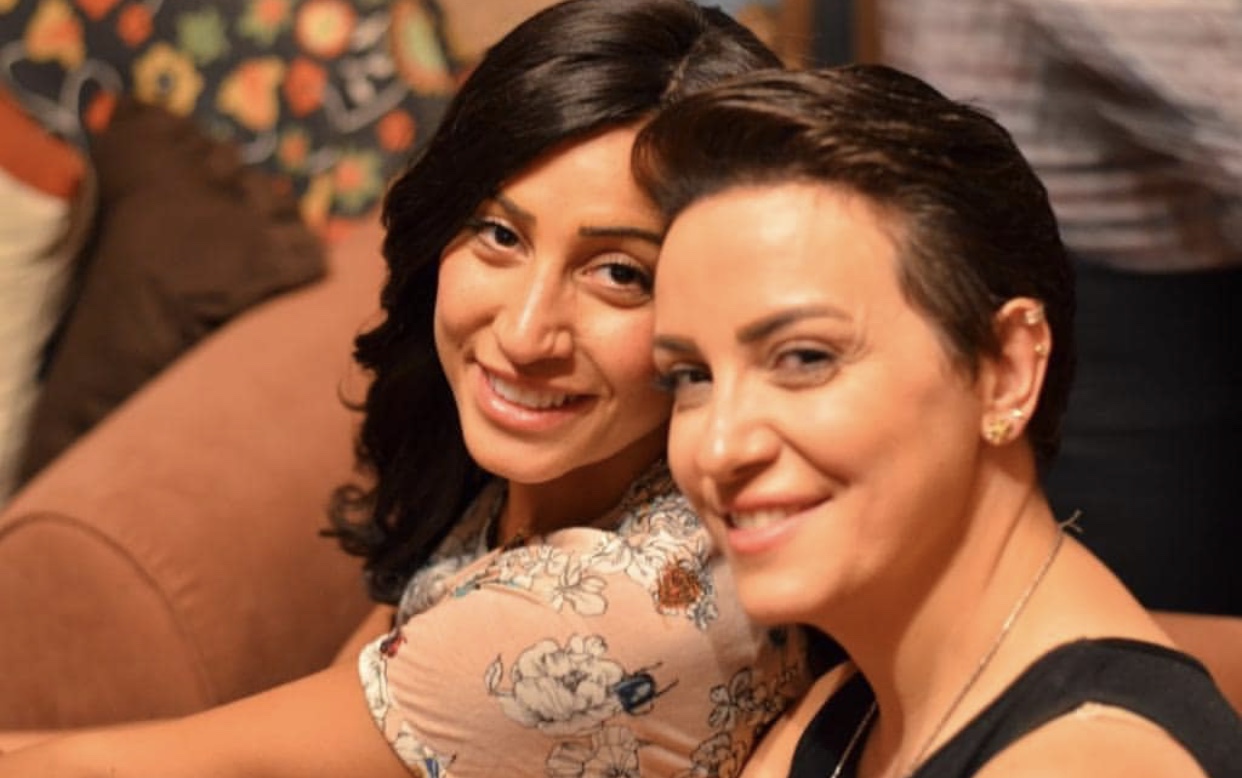 For all we know, Nour could still be jealous that Farida got Omar in the end. And even had kids with him. She could’ve been thinking that it should’ve been her; and again, she might have seen this as the only way to basically mother Omar’s children and marry him.

What sort of solidifies this theory even more is how Nour is acting right now towards Omar. Even though he’s a major suspect, she’s insisting he didn’t do it. Let alone the fact that she’s letting him fully in, AGAIN!

Adding to that the fact that she doesn’t want to leave and go back to chase the future she was looking for.

Therefore it’s one of two things; either she can no longer control her long lost feelings or this could have been her plan all along.

We’re currently 23 episodes in and we basically know nothing about how life was like when it was only Nayera, Farida and the kids at home.

We know Farida was a free spirit and all of that. And part of it is that her mother has never been strict with her and had always let her make her own choices. 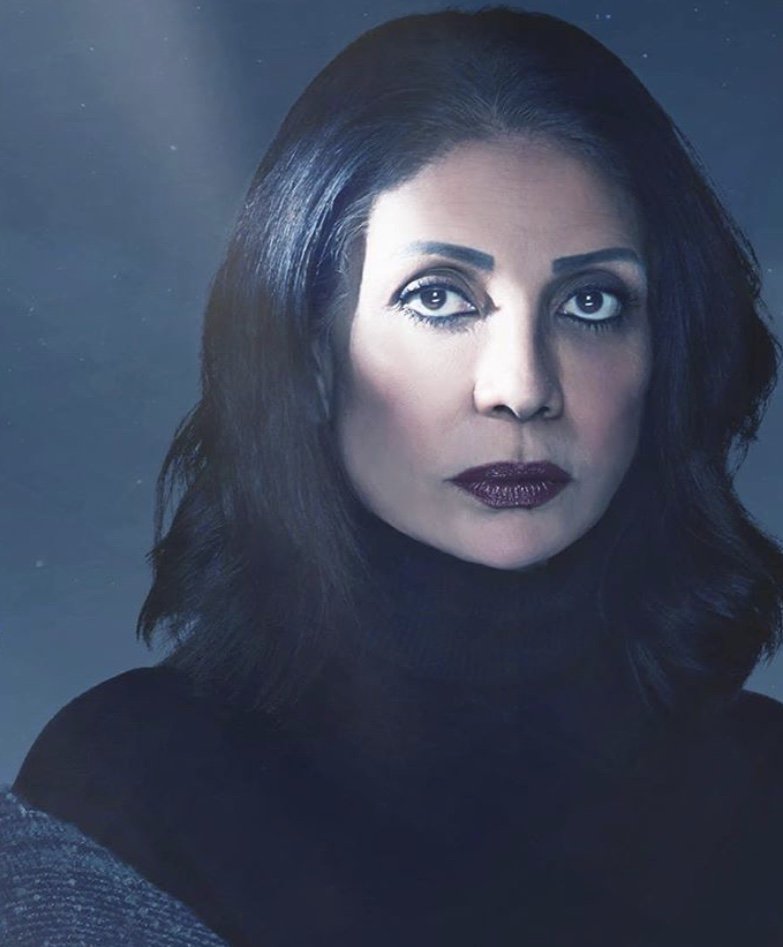 But what if something happened while Nour was gone? Something disastrous that we’re yet to discover might have went down between Nayera and Farida.

Not to mention all the flashbacks Nour is getting from her childhood, where her mother’s ex husbands were sexually assaulting her. This definitely has a meaning related to the murder, in a way.

Also, maybe Nayera lost her mind after her relationship with Nour basically went downhill post the Omar and Farida drama. Nour’s absence could’ve triggered Nayera’s guilt, leading her to blame herself and how she differentiated between both daughters.

Maybe she literally is mentally ill that she decided to kill Farida, her own daughter, for whatever reason. We shall not forget that she’s basically walking around the house calling her dead daughter’s name.

Okay, we know he’s basically the sweetheart of this whole series. But that’s the point! Maybe we’re led to believe that he’s an angel because he might be the exact opposite, right? 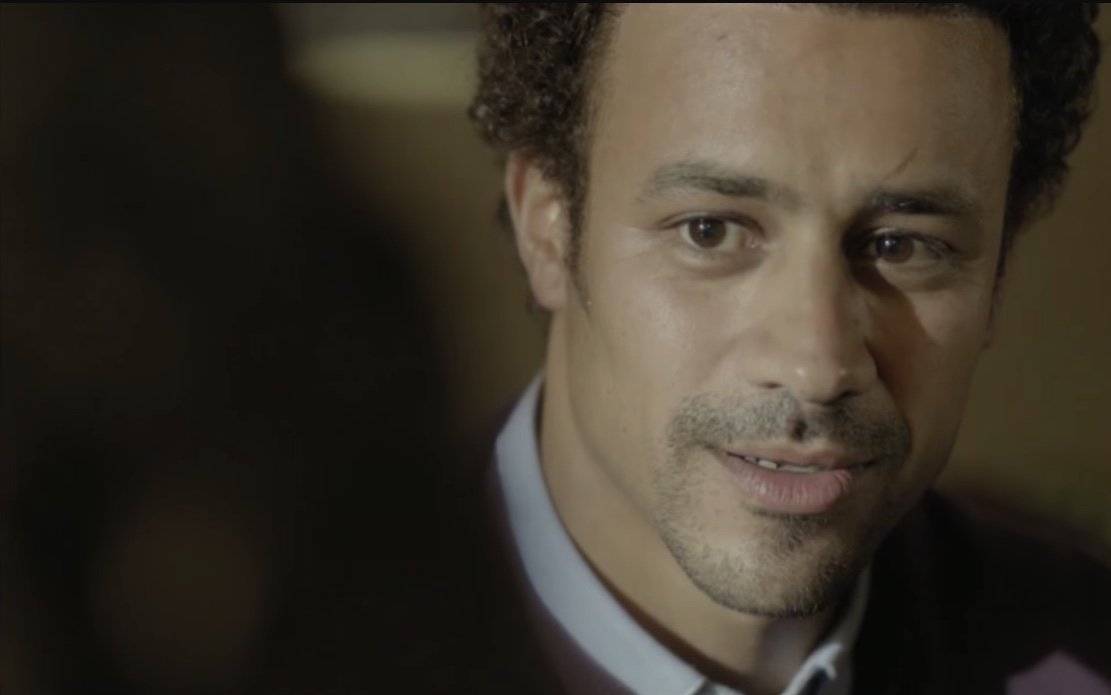 But how and why would he kill Farida? You might wonder. Well, we believe nothing is a coincidence, and Mostafa’s presence in Nour’s life at this crucial time is sort of suspicious.

The fact that he’s leaving his life behind in order to be there for her and Farida’s kids although he knows she doesn’t have the same feelings, is quite a mystery.

There must be something behind him; he must be related to all of this in a way that ties back to the past.

Hassan is a very important factor in Farida’s case. He basically has the upper hand in this because of his job, naturally. However, ever since this whole thing started, his reactions to the murder, the evidence, Nour and Omar, Seif..etc have been strange and uneasy. 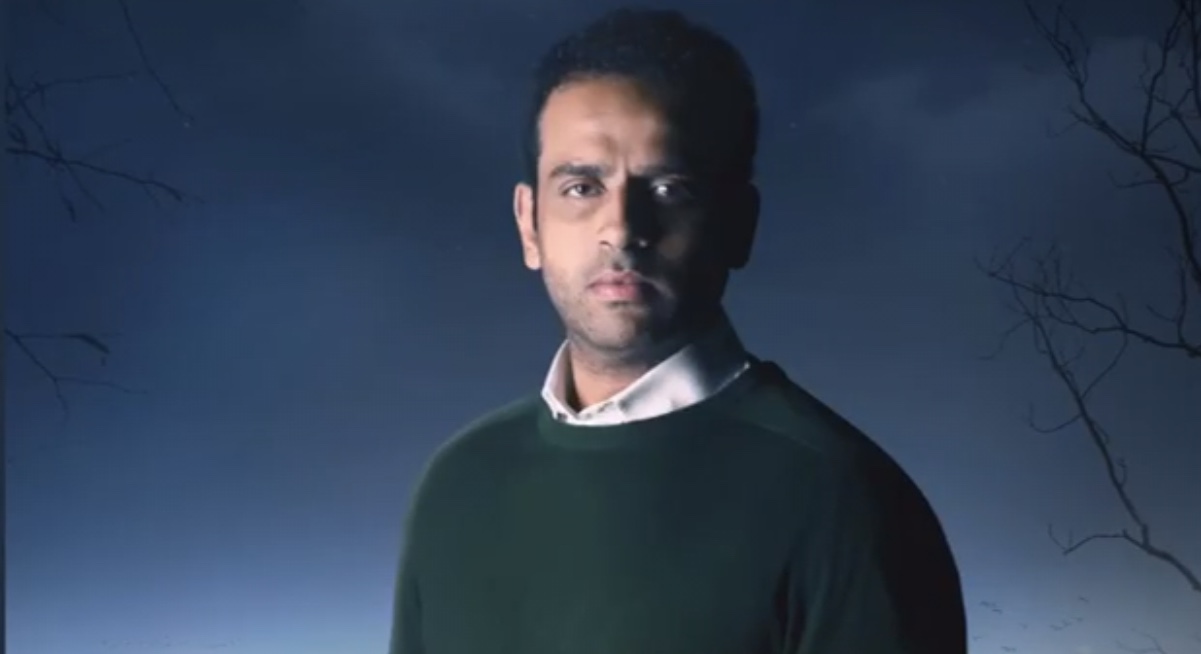 He seems to be hiding something, all the time. So it’s either going to be a threatening string in the case, or something that directly links him to the murder.

Not to mention that he’s so keen on imprisoning Omar and charging him with the murder!

All of this talk could vanish to nonsense if we find out Farida is alive. And actually, we’d be lying if we say it’s not a huge possibility.

What we can make of Farida’s character so far is that she’s the type of person to do whatever she likes, whenever she likes, disregarding people’s feelings. 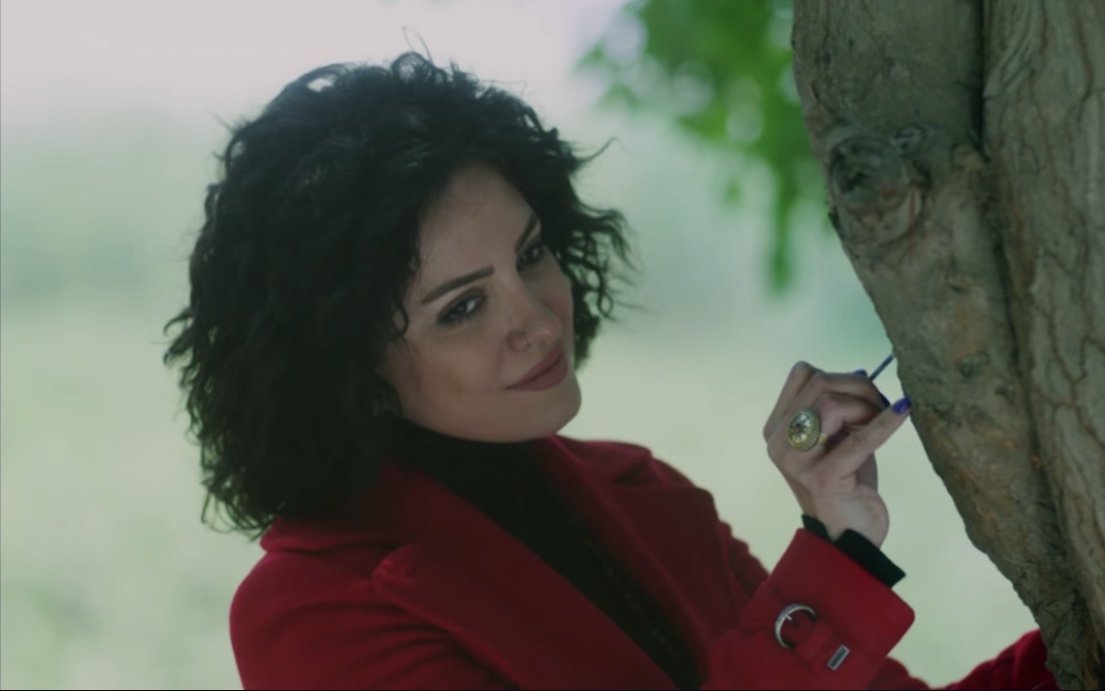 Maybe, she’s at a secret spot to take a break and get away from people. Maybe she’s out of the country. And she could have done that for Nour to forgive and forget her.

There’s also a possibility that she came to the conclusion that she’s not a good mother and that Omar is right, so she decided to let her kids be.

There you have it! Those were our theories for who might have killed Farida. And who knows? One of them could be the answer to the burning question in everyone’s heads, or maybe none of these six theories are right and we could actually witness something totally unexpected.

All we know is that we cannot wait, what about you? Tell us in the comments who you think killed Farida and why? And do you agree with any of those theories?