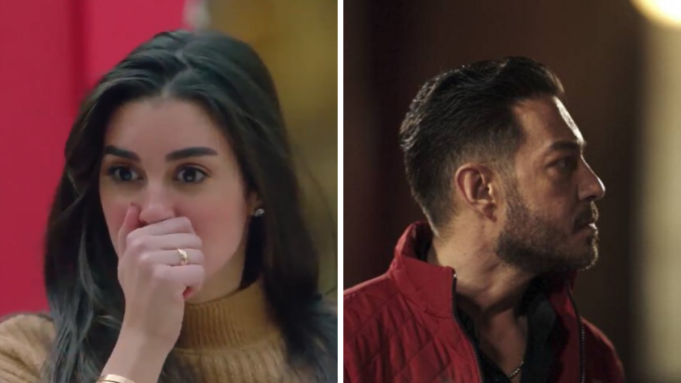 So, you’re home alone and you’ve ticked all the boxes of your to-do list and now you have nothing to do. You turn to your TV and flip through several channels and surprisingly discover that there’s nothing worth watching on air. ‘They just don’t make good TV anymore’, you may want to say.

Even though your statement might be 70% right, it doesn’t mean there’s nothing you can watch on TV. Sure, there’s nothing good but who says you can’t hate a show and still want to see how that train-wreck turns out?

We feel you, dear readers, and we feel your boredom too. And that’s why we’re recommending a few shows you’re going to love to hate-watch!

Another year, another Yasmine Sabry as the lead of her own show. And yes, before you ask, it is as terrible as you imagine. In this show, you will get to see Yasmine Sabry and Ahmed Magdy (odd pair, we know) fall in love and break up a few scenes later.

With weird camera angles, Bollywood action music, and over-the-top acting, you won’t enjoy the show for the plot. However, if you think of it as a long-winded telenovela, you’ll unearth a mine full of memes!

Arguably the show with the best theme song so far, Sokkar Zeyada has no other leg to stand on in terms of plot or humor. In fact, the humor can be very cringey but you know what? This is the first time Nabila Ebeid and Nadia El-Gendy have been on the same screen together and it’s not exactly an opportunity we want to miss.

Just think about what else there is to offer on a show where the first major fight is between Nadia El-Gendy and Ahmed El-Sakka!

Yes, we know what you’re about to say. “But it’s Mohamed Ramadan” — yeah, we know. It’s kind of the point. Whether we like it or not, this show is where all the memes and Yasmine Sabry-level of dramatic confrontations will be coming from.

If nothing else, maybe you’ll want to watch so you can predict the show’s outcome and feel incredibly satisfied with your observation of the predictable. It’s a ride, either way.

We’re putting this on the list because we’d like to confirm that the rumors are true. You can make a comedy series without being funny or adding any good jokes.

If you want to analyze just how unfunny TV can be, as well as just simply let your mind wander as you observe the catastrophe, you’ll want to hate-watch Regalet El-Beit.

Do you have any suggestion for a Ramadan show we can hate-watch?