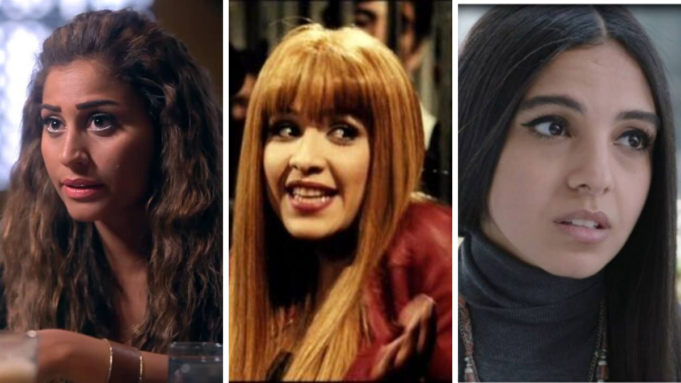 There’s a reason we tend to not like Ahmeds but really tolerate Tamers and that’s because names have powers and secret meanings. It’s not a thing that only applies to guy names, though, before you say we’re being biased.

Girls’ names have deeper theories too and we’ve done our best investigating to reveal them to you!

Mariam is everywhere as a name and she loves it! She’s also very friendly and cool in her own way but at the same time, she has a bit of a problem.

Mariam tends to be fake-deep and a know-it-all all in one go, which is honestly sort of a nightmare to deal with when you’re not in the mood or running on little to no sleep.

Whether it’s Sara or Sarah, this girl usually gets a bad reputation and it’s not really her fault.

Sarahs are seen as cutesy and sweet, sometimes in a fake way, sometimes genuinely. They’re also seen as the romantic type, which is why their name is the number one pick for fake accounts, most of whom are named Sarah Ahmed.

Farah is usually sporty and sarcastic, always coming with an edge. She falls into “I’m not like the other girls” type, but don’t worry, that rarely happens if ever.

Farahs are also secret softies but will never show it, mostly because when it comes to sharing love and emotions, they’re almost always screwed rather than not.

Okay, this one’s a dozy, but we’re keeping it unbiased. Nadas tend to have this thing where their lives are one inch away from falling apart and yet with a brilliant stroke of luck, things tend to work out.

According to everyone, too, they’ve also got a sense of humor that will definitely weird more than a few people out. You get used to it.

Okay, so you know how one bad person doesn’t make a name bad? That’s true, of course, but some Salmas try their hardest to make it the other way.

See, we really don’t want to cut people down but it’d be really nice if Salma can quit being bossy and reign in her manipulative side. She might not even know it, so in that case, please bring it to her attention.

Okay, so these names come with variations that make them seem like two different people. If a girl is named Nourhan or Nouran, she’s usually cool and collected, refined, and sophisticated.

Once the girl shortens that name and is called Nour, though, that’s when the real party starts and you’re in for a totally wild ride! She’s fun but a little dangerous, proceed with caution.

There’s a stereotype, mostly pushed by movies, that any Engy (or Ingy) are the posh, elegant princess type. And you know what? The movies are kinda right.

She’s intriguing in a horror-movie-character-about-to-open-a-door-they-definitely-shouldn’t way, but careful. When it comes to love, most people happened to agree that Engy is a player and a bit of heart-breaker when it comes to love. She will literally leave you and will never look back

Okay, so what can we say about Yasmines? They’re always funny and friendly and they have an incredibly interesting take on almost every topic under the sun.

One catch, though. At any given moment, Yasmines have about a million crushes and three one-sided relationships that they’ll happily tell you all about.

Girls with this name are tough to wholly figure out because they’re not, well, the same to everyone. If you’re friends with a Menna, you’re in luck because you’re not one of her targets. Yes, we know what we said.

If you’re not friends with Menna, then she’ll never think twice about screwing you over or making you take the fall for something she did. And she’ll call you her “friend for life” while she does that.

Here are the pros for any given Dina. She’s bubbly and chatty and something of an extrovert, most of the time. She’s friendly with everyone.

Now, for the cons. She’s loud, too sensitive, and is kind of a hopeless romantic, which doesn’t bode well for her on the long run.

Popular consensus has shown us that Esraa is not…generally liked.

We’re not really sure why but it may have something to do with the fact that she has the shortest temper on the planet, is kind of a troublemaker (not in the fun way), and might borderline bully you one day.

Here’s a positive, though. If you’re on her good side, she becomes a straight up saint.

Do you ever notice how Habibas are the embodiment of Geminis, no matter what their signs are? They tend to be moody and friendly. They’re extremely energetic or extremely lazy.

They tend to be so up-and-down about their feelings, you might never be sure if you two are friends or enemies. It’s a vicious cycle that just won’t end.

Remember, this is purely for comedic purposes. Laughing at yourself is always organic.