Ladies, let’s be honest. We have the tendency to overreact and jump to conclusions; we’re humans after all. But sometimes we blow all the whistles, and our boyfriends become the victims of our overreactions. So let’s make fun of ourselves and look at the 7 things that make us mad at our boyfriends though we shouldn’t be.

From one woman to another, give your mind and your man a break! Don’t get mad at him for:

Every hour of his free time doesn’t have to be dedicated to you. You both need to have that time with your friends. Just because he’s spending time with his pals doesn’t mean that he doesn’t want to hang out with you. He’s not choosing them over you. There needs to be a balance in a relationship. You can’t isolate yourself as a couple, your friends are just as important.

2. Not Texting You During The Day

Did I mention we tend to overthink things? Please keep in mind that he has a life. He works, goes to college… he has things he needs to get done! It doesn’t mean he doesn’t think of you, and it doesn’t mean you’re any less important to him. His texting habits aren’t always a reflection of his feelings for you or the effort he puts into the relationship itself.

It’s just a “like.” It doesn’t mean that he likes the girl, or that something sneaky is going on. It could be a friend he has had since before you even knew each other. It could simply be because it’s a cool picture.

4. Opening Your Snap and Not Replying

This doesn’t mean he’s ignoring you. This could mean a number of things. Maybe he didn’t know what to say. I mean, what is he supposed to respond with when you send him a selfie with the classic dog filter and duck face combo. He could be busy and not able to snap a picture back. Just because he opens it and doesn’t respond doesn’t mean he’s rejecting you or neglecting you.

5. Making Fun of You 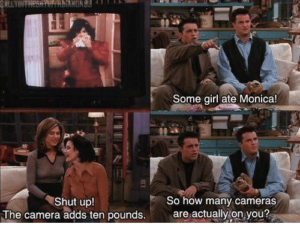 This is honestly one of the most fun parts of a relationship. You need to be able to take a joke. A healthy relationship needs to have that open line of communication where you are free to laugh and be yourselves without having to walk on eggshells with each other. Be easygoing and have the ability to laugh at yourself.

6. Having Friends That Are Girls

He had a life full of friends before you came into the picture, and that shouldn’t change. He’s allowed to have friends. Of course, he needs to be respectful. He shouldn’t be buddy-buddy with an ex, and he should probably keep the overly persistent girl with ulterior motives at a distance, but again, trust him. Try not to be so possessive. Have faith that he will do right by you, don’t overreact.

7. Not Showering You With Compliments 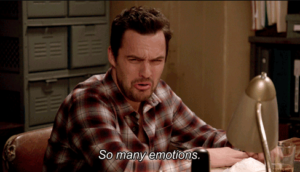 Just because your man doesn’t shower you with affection in front of his friends or the public doesn’t mean he isn’t crazy about you. He could be shy, he could like to keep the kissing for private settings. As long as he makes you feel loved in other ways, respect his comfort zone as he should respect yours in return.

I’m not saying you can never get mad at your boyfriend. You’re bound to get annoyed with him, and he’s bound to get mad at you in return. But you should also keep in mind that you can’t always overreact and overthink things. Sometimes, we really do expect too much of them.