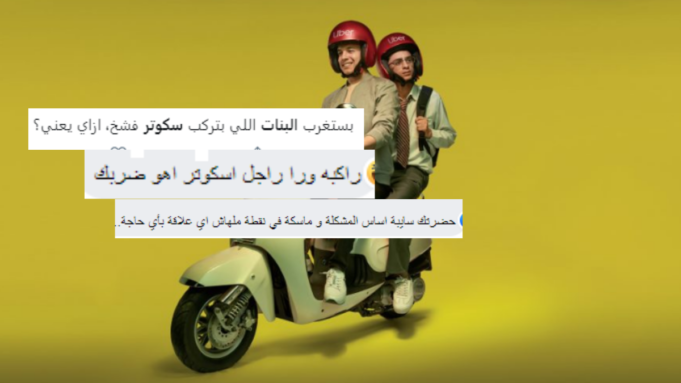 Recently, one young woman ordered an Uber Scooter and got a horrible driver. He then proceeded to lose the way, barely listening to her guidance before cancelling the ride.

As she got off the scooter and called a taxi, the driver demanded a fee he wasn’t owed because of the cancellation. When the girl reminded him, he got physical.

In these situations, you’d expect the reactions to this woman’s post would be sympathy and anger at the driver’s violence. Some people did offer their advice and encouragement.

Others did something wildly different — they turned the tables on the victim and said she should have expected it.

Yes, you read that part right. Many people actively thought that the girl deserved her assault. Why? Because she willingly ordered a scooter, somehow thought to be a men’s thing, showing a dark side of the mentality we’re all trying to change.

Thankfully, turning the tables on a woman who was quite literally assaulted by her ride-share driver didn’t go un-confronted by those who actually cared about the victim’s well-being rather than focus on a detail.

These commentators took a stand and said what we all wanted to say, as we read this. The woman shouldn’t have been blamed at all for something that was quite literally out of her control.

All she did was order a ride-share to be safer and was supposed to be in good hands because the driver had an excellent rating. What should have happened is that people should have been collectively appalled — there shouldn’t have been anything to defend on the woman’s part.

Don’t get us wrong. It’s a good thing a number of people came to the poster’s defense, but it should not have been necessary. Namely, because all the blame was misplaced from the get-go.

Victim-blaming should stay in the past were it belongs.