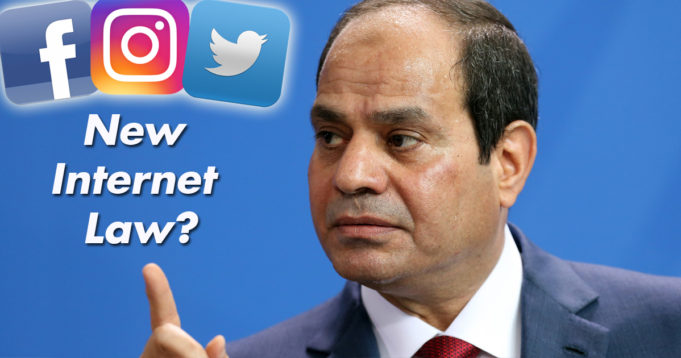 President El Sisi approved the new internet law which will apply cyber-surveillance on all of the country’s internet.

The new law will prohibit users to share any news about the country’s army or police forces, as well as anything that promotes or defends terrorist organizations.

In addition, the president of criminal courts will be asked to look for leads that prove the involvement of any person in a criminal act, if needed.

So how will this new law affect us all?

The internet won’t be a safe environment as it used to be to share all our views and points of views when it comes to politics.

#2: Cyberbullying won’t be an issue anymore

There are always two sides of a coin. luckily, cyberbullying will now come to an end after this aggressive new law; or at least it will be less than before. We might say that it will be a much safer community.

#3: The country’s national security is now not a concern

Because the government is now taking all its precautions and eliminating any risk that arises from the internet. People won’t be susceptible to the brainwashing of terrorists, because it won’t be even possible to recruit them.

Now, that people know that they are being watched, they won’t share false info and mislead the whole community. Yes, social media platforms are not reliable sources, yet the majority of people depend on them. Now people will surely think twice before sharing anything at all.

#5: This law will affect the mass of people regardless of who they are

This law is targeting certain people, yet everyone will be affected by it.

The question remains, is it worth it or not? Time will tell…