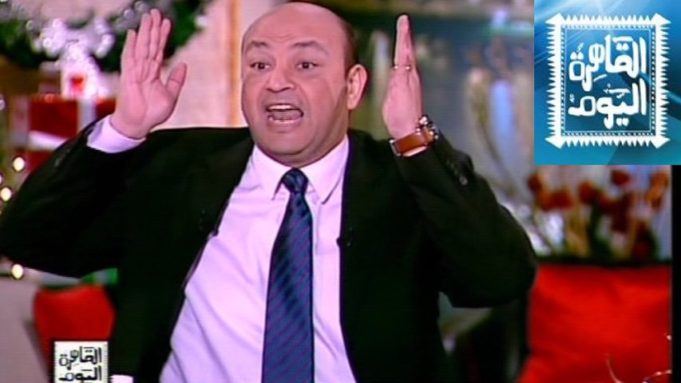 Egyptian journalist and talk show host, Amr Adib, is one of those people whom you can find a lot of controversy around. Some people like and respect him, while others just resent him. Practically speaking, he’s not really everyone’s cup of tea. And while we try to remain unbiased towards public figures like him, we couldn’t help but gather some of his most controversial moments for you!

When he envied the sh*t out of Amr Diab

I don’t know about you guys, but seriously it’s hard for me to think that a well renowned political talk show host could get away with these kinds of remarks. The “Ana bano2 3ala Amr Diab” and “Mafeesh 7abaya f wesho” remarks were just too much for anyone.

When he danced to the Fartaka Fartaka song on TV!

Seriously, watching Amr Adib dancing is one of those things capable of making a person scarred for life! We’re currently thanking the Lord he didn’t actually get up and do it!

His constant degrading remarks towards women over and over again!

Remember the time he hosted Mohamed Ramadan and felt it was appropriate or even slightly funny to comment on his female fans? Poor Mohamed Ramadan, he suddenly found himself in a position where he had to defend women paparazzi!

Forget about Mohamed Ramadan; I realize you might not be his biggest fan. Remember the time he discussed marriage to more than 4 wives in Egypt? He told the husband that hearing about him is like discovering a fourth pyramid! Trust me, we wish we didn’t either!

The fact that he is an outright hypocrite

And while we hate getting into politics, we thought it would only be fair to leave you with the great deal of hypocrisy that he’s all about!

So here is anything but what we might call a blast from the past! Yes, you got that right. Ladies and gentlemen, I present you with Amr Adib, the victim of Mubarak’s regime! You know that crying on TV won’t fix anything right?