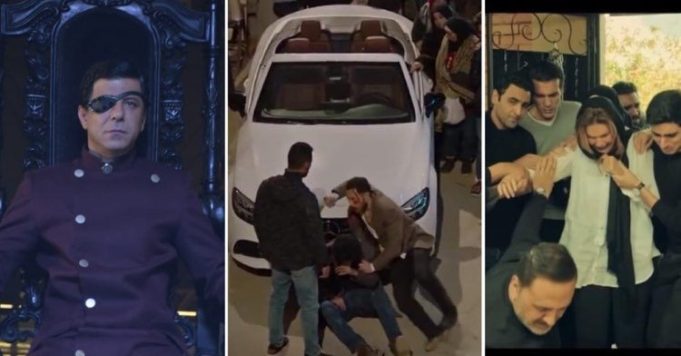 If you’re into Ramadan series you’ve probably already watched those and if you just chose to ignore it, we bet all the memes and clips on Facebook and Twitter are making it really hard for you not to get involved, right?

Before we get to the scenes, we would just like to point out that for one scene to make it to the top list doesn’t necessarily make it a good one. It could just be too shocking, too ridiculous, or most-watched for some other reason!

For 20 and something episodes, everyone was waiting for this scene. Feelings of excitement were flooding our timelines in anticipation for the scene when Radwan El Brince would come out of prison and unleash hell over his murderous brother-gang and it was every bit as satisfying!

Don’t you all think Youssef El Sherif’s “El Nehaya” is the gift that keeps on giving? With expressed boredom by viewers, the show was heading to a bad place. But the last two episodes saved it by sparking controversy with hints of Messiah and Illuminati! Yeah, we’re not even kidding.

After all the riddles, it turns out this whole fidelity thing is orchestrated by Roqaya’s brother-in-law and therapist. Although it’s taking Dina El Sherbiny’s character FOREVER to connect the dots!

Sadly, Khyanet Ahd is one underrated show this Ramadan season. But when this scene came out, all eyes somehow shifted to Yousra’s heartbreaking performance, granting the series the attention it deserved!

If there was an award for the worst plot twist in history, it would definitely go out to this scene. After convincing her family, friends and doctors she had partial memory loss due to a car accident, she revealed how she did it all to get back at her ex. WOW!

There you go guys, the top five scenes for Ramadan 2020. Which one’s your favorite?