Identity Magazine
Home Entertainment Top 5 Scenes that Stuck with us in Ramadan For the Right...
Facebook
Twitter
Google+ 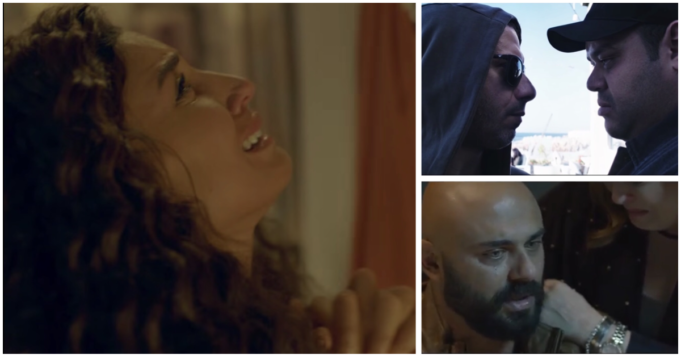 Even if you’re not a Ramadan TV series person, social media during that season is basically nothing but memes about the daily episodes. Therefore if you know nothing about a certain series, by the end of the month, you are just as informed as those who religiously followed it, because of – again – the internet.

The clips posted by the TV channels and the actors themselves on their Facebook pages are pretty sufficient for one person to grasp the major events in any show. Which is why any of you will definitely click with the upcoming list of scenes, regardless.

As we scroll down Facebook and watch the daily episodes online, there are some scenes that are incredibly eye catching in each series. There are also the heartbreaking and outstanding ones that are worth re-watching.

And well, there are the ones we just watch to laugh and create memes about.

We gathered for you the top FIVE scenes that stuck with us in Ramadan; the good and the hilariously bad:

This one basically took over social media. Some people thought it was overly done. However, most of “Zay El-Shams” viewers related to that scene, and understood it perfectly. That’s – of course – in addition to the great performance by the one and only, Dina El-Sherbiny.

It’s safe to say that this one is sort of the most important scene, in the whole series. And you could argue this is an exaggeration, considering the series has a number of really good scenes. Nevertheless, the fact that the audience got to see the first ever face-to-face-confrontation between Tarek and Qabil, after waiting for so long, is quite intense.

And let’s not forget to mention how both Mohamed Mamdouh and Mohamed Farrag perfected it!

Regardless of the big internet/Twitter fuss that went down around that scene, and the whole ‘Ahmed Fahmy and his very strange response to criticism‘ thing, this scene in ‘El-Wad Sayed El-Shahat‘ was really impressive. And it was praised by many because it got people laughing the most this Ramadan. Barely anyone doesn’t love the Captain Magued cartoon. Therefore seeing something like that is an automatic crack up.

4- Hamada Helal ‘breaking up’ with his Mother

This video went viral on Facebook. But for all the wrong reasons. The ‘Ibn Osoul‘ series didn’t leave an impact on the audience, especially when compared to almost every other series that was airing at the same time. Having said that, we could clearly see the very strange and complicated relationship between ‘Hesham’ and his mother ‘Sola’.

Unfortunately, instead of making people sympathize and feel the ‘supposedly’ dramatic events of the series, a scene like that one made people laugh and make so many jokes. Because, well, to say it was overly done and ridiculously exaggerated is an understatement in itself. As you can see!

Over the last couple of days, this scene from ‘Hekayti‘ went viral. Again, for all the wrong reasons. The internet literally turned a scene that was supposed to be dramatic and sad into a meme. And it’s not their fault really, because the acting was just strange, exactly like the one in the ‘Ibn Osoul‘ scene above.

The fact that in the middle of ‘Aly”s breakdown over his grandfather’s death, his wide ‘Dalida‘ decides against doing or saying anything other than ‘Ma3lesh’, is just a joke to be honest. Considering everything that happened and everything they went through in the show’s events, the reaction to such death is just unexplainable.

In the middle of all the crowded Ramadan hassle, those were our picks. Tell us, what are yours?