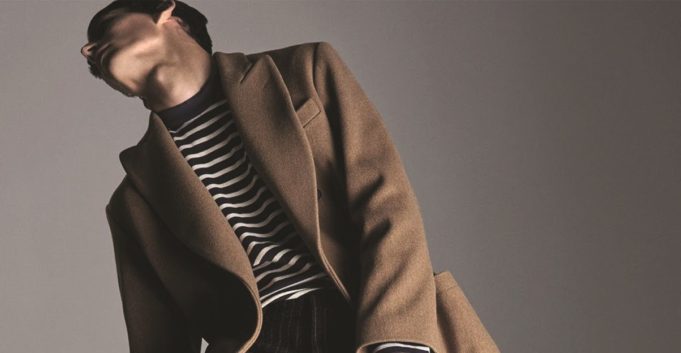 One of the most complex and serious toxicities known to man is Thallium. It is colourless, odorless and tasteless; its slow-acting, painful and wide-ranging symptoms are often suggestive of a host of other illnesses and conditions. The person wouldn’t know he is being poisoned until it is too late, and sometimes they wouldn’t even understand what killed them.

In the 1980s, when psychologist Shepherd Bliss sought to separate the negative traits of men from the positive traits, he used the term “toxic masculinity” as a means of making the distinction. That was the first time the world ever heard this term.

Bliss defined toxic masculinity as what can come of teaching boys that they can’t express emotions openly; that they have to be “tough all the time”; that anything other than that makes them “feminine” or weak. Once these notions get into a boy’s head, without him knowing they will intoxicate his mind, his thoughts and his attitude. He wouldn’t even know his life is being plagued, just like the effect of Thallium.

With the #MeToo movement putting a cross-industry spotlight on toxic masculinity, the term toxic masculinity has well and truly taken root in the public consciousness and got people talking in 2018, and until now.

What is Toxic Masculinity?

It is quite crucial to understand here that this term is designed to describe not masculinity itself, but a form of gendered behavior that results when expectations of “what it means to be a man” go wrong. Discussing toxic masculinity is not saying men are bad or evil, and the term is NOT an assertion that men are naturally violent.

The traits that Shepherd Bliss defined as being “toxic” to masculinity are “avoidance of emotional expression”, the “over-aspiration for physical, sexual and intellectual dominance”, “extreme self-reliance” and the “systematic devaluation of women’s opinions, body and sense of self.”

Imagine being a young boy, crying over a painful injury or an emotional heartbreak that feels like the end of the world, and then being told to “man up,” and asked “are you a girl or what?” instead of being gently asked what’s making you cry, how you feel about it, and what you think you can do about it.

When feelings and emotions are dismissed and gender-defining thinking is heard repeatedly, a young person learns to avoid expressing their real feelings and begins to bottle up sadness. Over time, such behavior can lead to a dysfunctional emotional expression and ultimately, depression.

Can Toxic Masculinity Be Cured?

It is important to not see men intoxicated with this notion as the enemy, because at some point they were the victim, and now they are simply trapped in their own beliefs. They are caught in a cycle of depression. It is also important to know that it is never too late to unlearn such behaviors once a person can identify them, once he knows better.

So, yes. Toxic masculinity can be cured, but in order for that to happen men should start to take action, they must revolt against it.

They must admit they have a problem.

That’s the hardest step, acknowledging the existence of a problem. The antidote to toxic masculinity is within men; this toxicity is a social conditioning. It is not just ‘the way men are’, admitting the problem is the first step into curing it. It may challenge their own sense of identity and social acceptance, but it will bring them the opportunity for deeper, healthier relationships with themselves, their partners and their communities.

They must learn the effect of toxic masculinity.

It is crucial for them to learn about what toxic masculinity is and how our culture reinforces it. To listen to women on how this behavior has harmed them. To be open to change and to know that while all that may make them feel bad or defensive, the problem originates in our culture broadly, and now they have the power to fix the problem.

They must encourage positive manhood.

Everyone, men and women should encourage men to be their true selves, instead of being confined to stereotypes. We must encourage men to demonstrate nurturing, compassion, and caring behavior toward themselves and others. Create openings for men to share their experiences and feelings, especially if you sense there’s a problem. Positive masculinity means being able to let out and embrace all aspects of masculinity in a balanced way.

By giving up harmful notions of masculinity, we stand to gain something deeply human and profound, far better than any superficial privilege. Let’s all increase intimacy, community, and healthier relationships with our loved ones and ourselves.