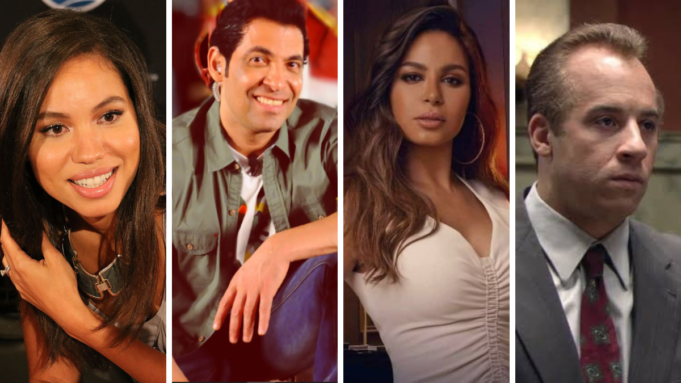 You just don’t expect it, but honestly, there are way too many people in this world who look alike. And that’s downright freaky when it’s just two regular people, so you can take a guess just how weird it is when it’s two celebrities who share the resemblance!

See, there’s just too many celebrity unrelated-twins to count. And, yes, this time it gets even weirder than the strange resemblance between Mona Abdelghany and Ricardo Kaká.

You know those moments where you’re watching a movie and you just let your mind go? Well, a lot of people recently did this and, by way of completely surrendering themselves to the moment, discovered that Nisreen Amin looks a hell of a lot like Jurnee Smollet.

Maybe it’s the eyebrows. Maybe it’s the blindingly white hair. Either way, once you see the resemblance between these two men, it just won’t go away — who knew the renowned mob director looks so much like the renowned Egyptian actor!

Some resemblances are just haunting and are present in a way that’s there-but-not-so-there, you know? And nothing makes this more apparent than the resemblance between Arwa Gouda and late Glee star Naya Rivera.

Okay, we know, this is a hard one. But take a look. Then take another look and one more. The more you look at Charlie Kaufman, the more you can clearly see Saad El-Soghayar in every expression. Uncanny, isn’t it?!

Personally, we don’t see the great resemblance here. However, a lot of people on Twitter do…to the point where Dina El-Sherbiny was a trending topic because of Iman Hamaam posting a dancing video. Hey, maybe they do look alike from an angle.

If you took a double look while watching The Old Guard, you might have thought that Marwan Kenzari was our very own Karim Kassem and thought “hey, when did this little thing happen?”. Yes, they do look that alike.

El-Da7ee7 and Vin Diesel (with hair)

Brace yourselves because once you see it, you can’t un-see it. Truly. See, Vin Diesel, Mr. Born Bald Stay Bald of the Fast and Furious series, has recently been seen in countless internet images with hair. Yes, hair. And guess who he looks like — yes, El-Da7ee7!