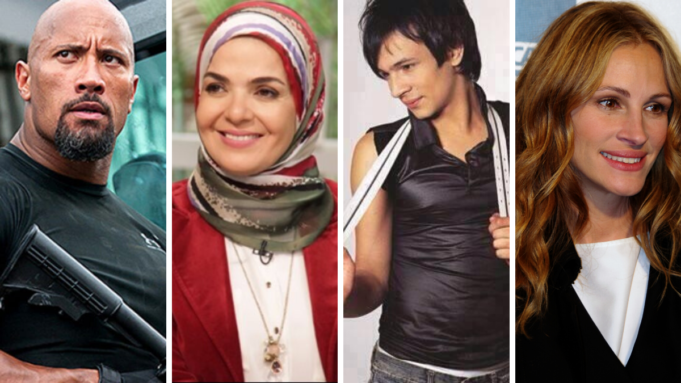 Hey, do you know that moment when you’re like “wow, just how do these two people manage to look so alike”? Yeah, it happens a lot more than you’d think and it’s not just limited to people from the same country either.

See, apparently lookalikes transcend nations and all limitations. Just check out these Egyptian celebrities and their international celeb lookalikes and you’ll see what we mean. Good luck trying to un-see it, though!

AKA Heidi from El-7asa El-Sab3a and Janice from Friends. Please, take two looks and tell us you’re not seeing what we’re seeing. Those two women are exactly alike, in both vibes and looks — it’s unsettling.

So the names alone kind of make this an inevitable pun but did you really expect that, out of all international celebrities, Aly El-Haggar looks like The Rock?

And okay, we know this isn’t really the time, but take a minute to re-imagine all the Fast and Furious movies really quickly. It’ll make your day.

The football memes were onto something with this one, so let’s give them that. They share the same face, guys. It’s the exact same and it’s kind of disconcerting.

Before you say anything, we’re aware we’ve just given you a shocker because we dragged Tommy Shelby (and Scarecrow, but we try to forget that) into this. But, come on!

You see the face, don’t you? It’s completely bizarre, we know, but lookalikes don’t come with a manual.

Before his Gym Bro phase started, Mohamed Attia looked kinda different. And we did not care because we were going overboard to vote for him on Star Academy.

Now that we have the spare time, though…well, we kinda noticed that he and Julia Roberts (yes, the Julia Roberts) share a lot of facial features. No, seriously, cover the hair and they’re basically identical.

Yeah. This isn’t the kind of comparison we wanted to make because Youssef Wahbi is a legend and Nicholas Cage is…Nicholas Cage, but if we’re being real, this is the most obvious case of “oh my God, that’s the same person” on this list.

Be honest, be completely honest. You did not expect to see Kaká or Mona Abdelghany on this list. We know that because, well, we didn’t either and yet here we all are!

Sure, the resemblance isn’t the strongest because it’s super clear once you let go of your “no, that’s not a thing” ideas.

So, who was the biggest shock of the list?