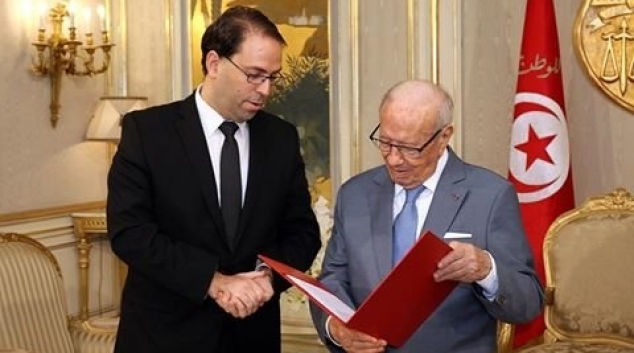 During his speech on the occasion of Tunisia’s National Women’s Day, Tunisian President Beji Caed Essibsi proposed a law that allows women to marry non-Muslims. The speech was controversial to multiple groups nationwide and worldwide, especially Islamist parties.

On Sunday, August 13th, Beji Caed Essibsi called for an amendment of the publication that bans Tunisian women from marrying non-Muslims. That amendment is based on the Constitution publication that grants the freedom of belief and conscience.

The President, who is known for his opposition for the Islamist party in Tunisia, wants to seek equality between the two genders. Furthermore, He was calling for equality inheritance as well. He stated that inheritance was a matter for mankind that’s left to the diligence of people according to the era. The law is currently under study by a committee whether to implement it or not.

He also added that democracy goes hand in hand with Islam, And Islam doesn’t contradict with democracy.

It’s widely known in Islam that women are prohibited to marry non-Muslims. According to the 1973 constitution, Tunisian women cannot marry foreigners unless his faith is recognized by a Tunisian Mufti. If Tunisia applied that law, it’ll be the first Islamic country that grants women the civil right to marry foreigners.

The speech created a lot of heat and left the whole Islamic world in shock as well. We still don’t know whether the committee will approve of the two amendments and if Tunisia will become the first country that grants women these two rights or not.

Are you a proponent or an opponent of the Tunisian President’s decision that gives women the freedom to choose to marry non-Muslims and should women have the right to inherit the same as men in Islam?