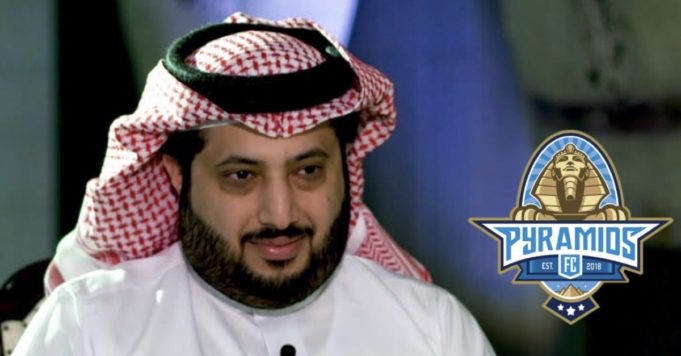 On the afternoon of Friday, February 22nd, Pyramids FC has released an official statement announcing that Turky Al-Sheikh is no longer associated with the club and that it has been sold to a new owner. 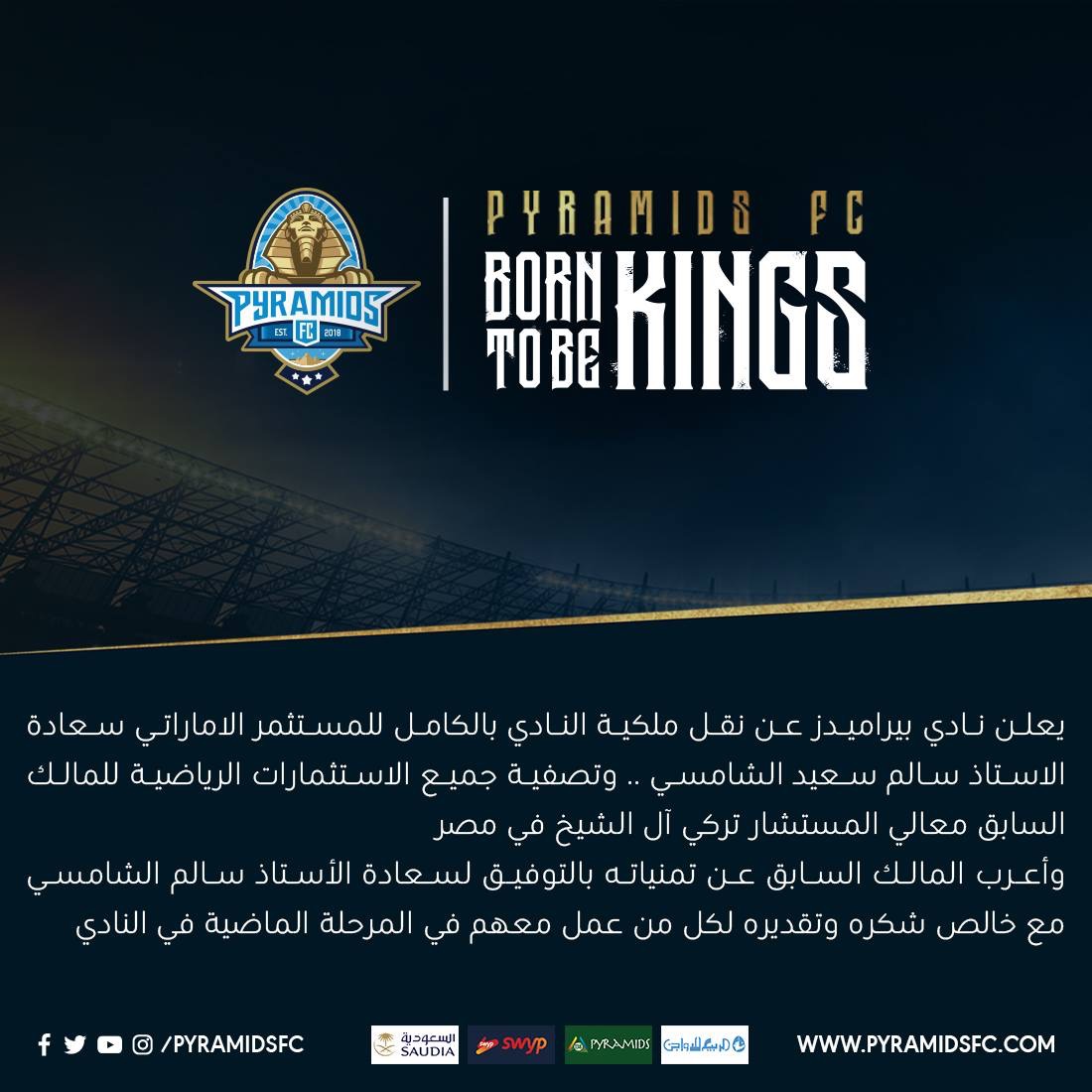 After months and months of crazy feuds and insane drama with Al Ahly FC, and the Egyptian Football Association (EFA) being dragged into all of this; Al-Sheikh officially decided to sell Pyramids FC (Formerly known as Al Asyouty Club) to an Emirati investor, with the name Salem Saeed El Shamasi.

It’s worth mentioning that Al-Sheikh previously ‘threatened’ to withdraw all of his sports investments in Egypt because of the insults directed at him from Al Ahly FC fans.

However, he did really leave Egypt and return to Saudi Arabia, but while still running the business at Pyramids and remaining in – if not the talk of – the Egyptian League scene.

He had announced a few weeks back that he has a very tempting offer on the table for Pyramids from an Emirati investor but he was indecisive. And it wasn’t long until he announced his refusal for the offer.

With that being said, it seems that Al-Sheikh officially and finally moved on and made up his mind. Because a couple of hours before the official Pyramids statement was released, he published a Facebook post thanking everyone he worked with in Egypt. 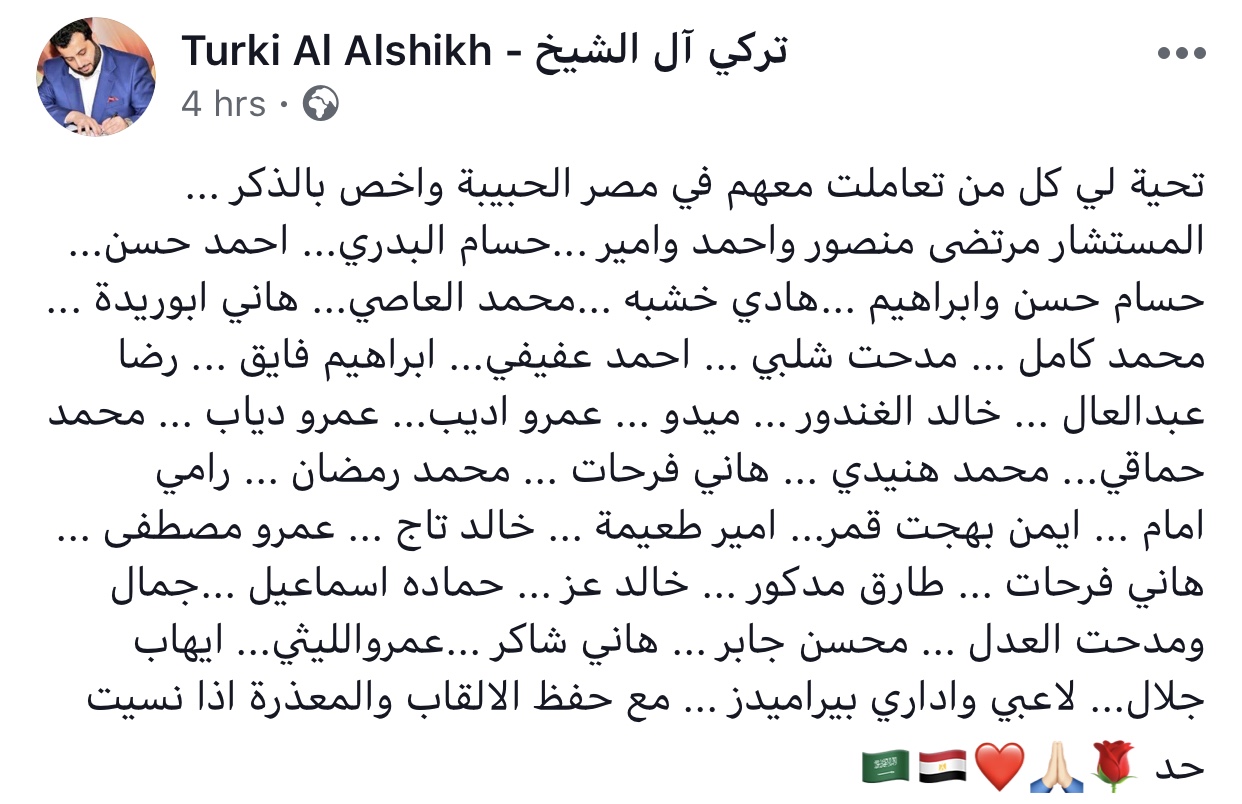 The message included the names of Mortada Mansour and obviously the Pyramids FC team: Hossam El Badry, Hossam and Ibrahim Hassan, Ahmed Hassan as well as the EFA’s president Hani Abo El Rida among many other names.

He also mentioned some of Egypt’s famous celebrities such as Amr Diab, Mohamed Hamaki, Mohamed Heneidy, Amro Mostafa, Mohamed Ramadan, and many others from TV hosts to actors, writers, and musicians.

While Al-Sheikh seemed ’emotional’ about the decision by extending the gratitude to everyone, people of Twitter have turned this into the joke of the day.

Shortly after the announcement was made, a lot of social media users on different platforms – but mainly Twitter – were divided into those who were sharing memes about the situation and laughing and others who have been cursing since then.

Nevertheless, the dominant vibe is that people are actually really happy that he’s officially gone. 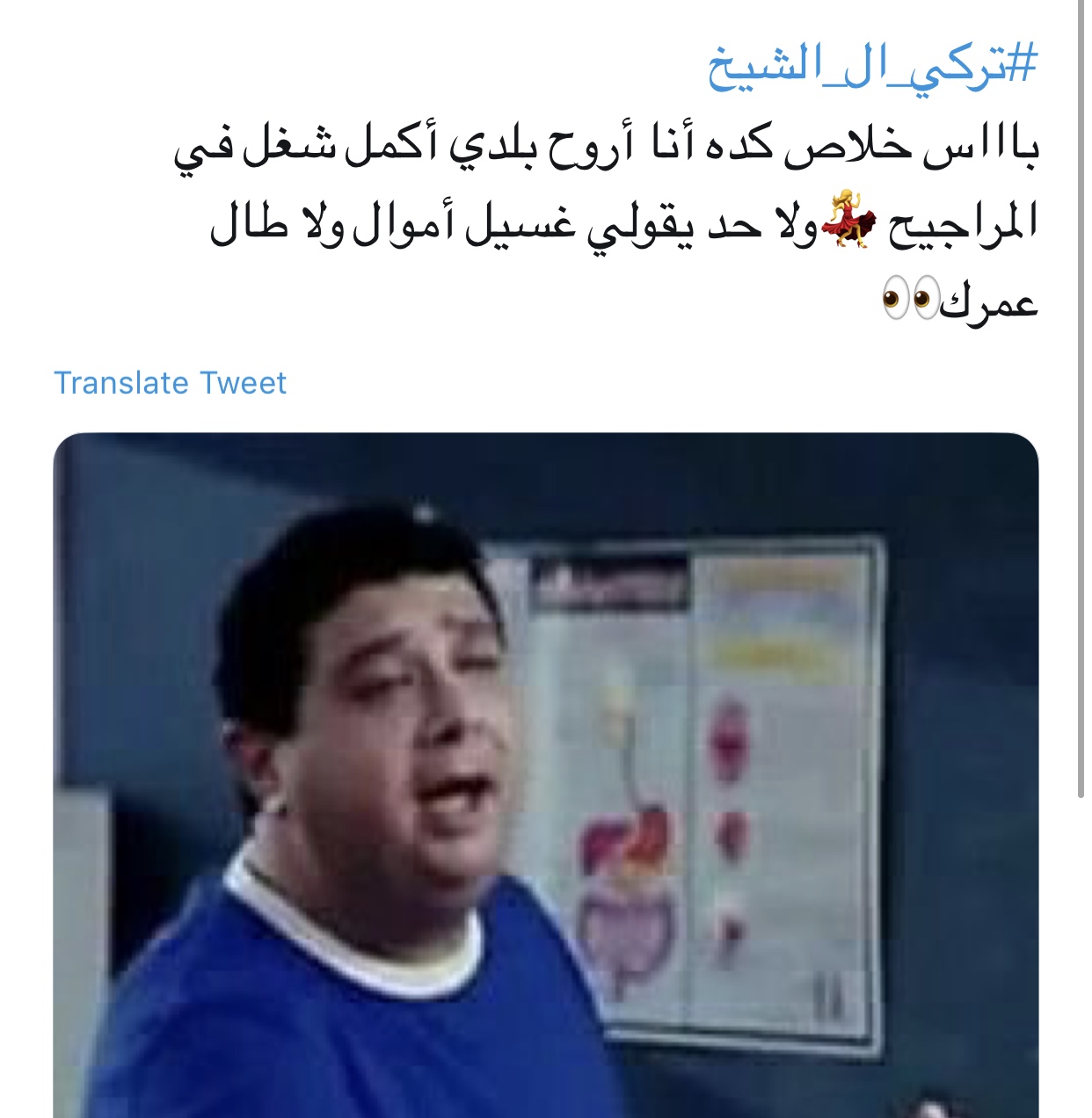 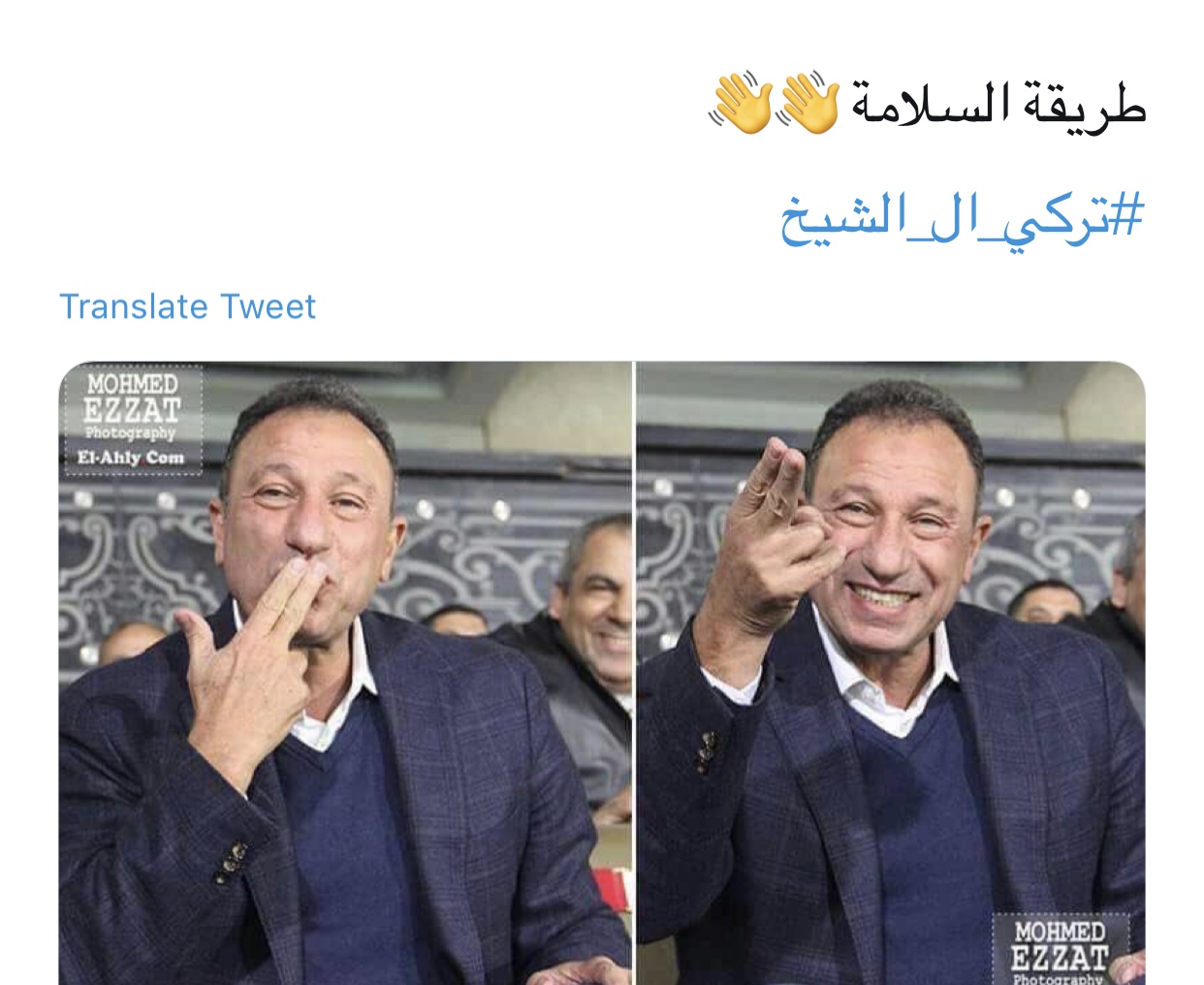 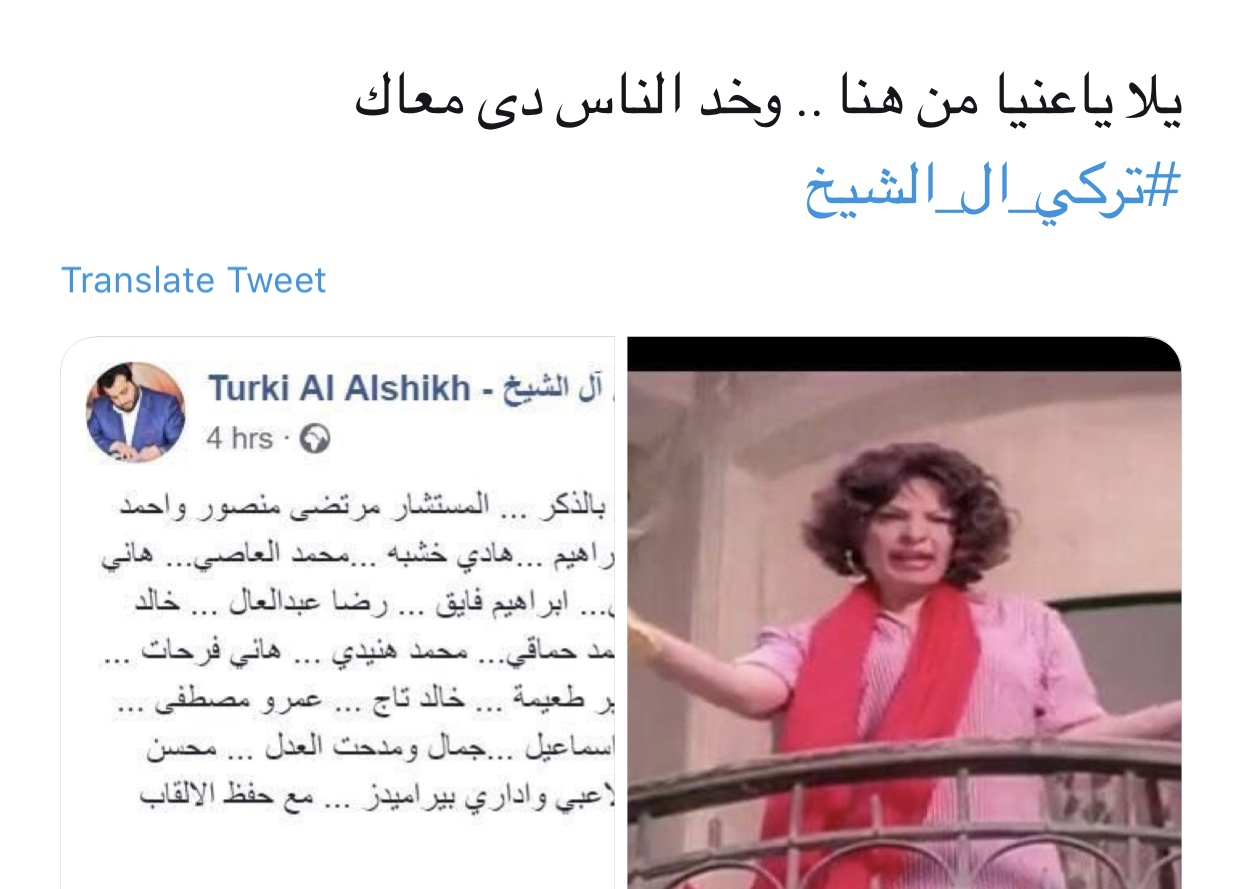 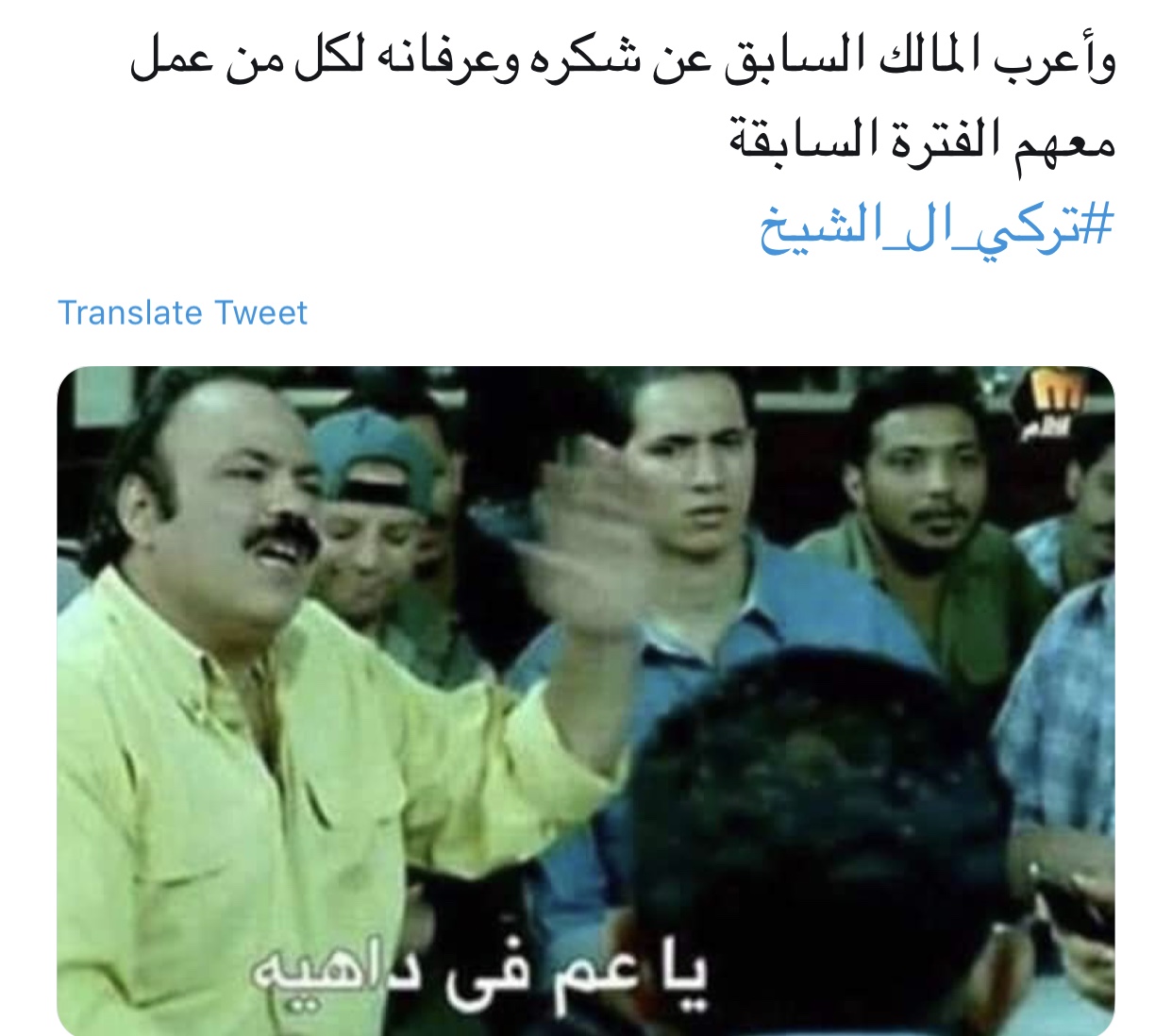 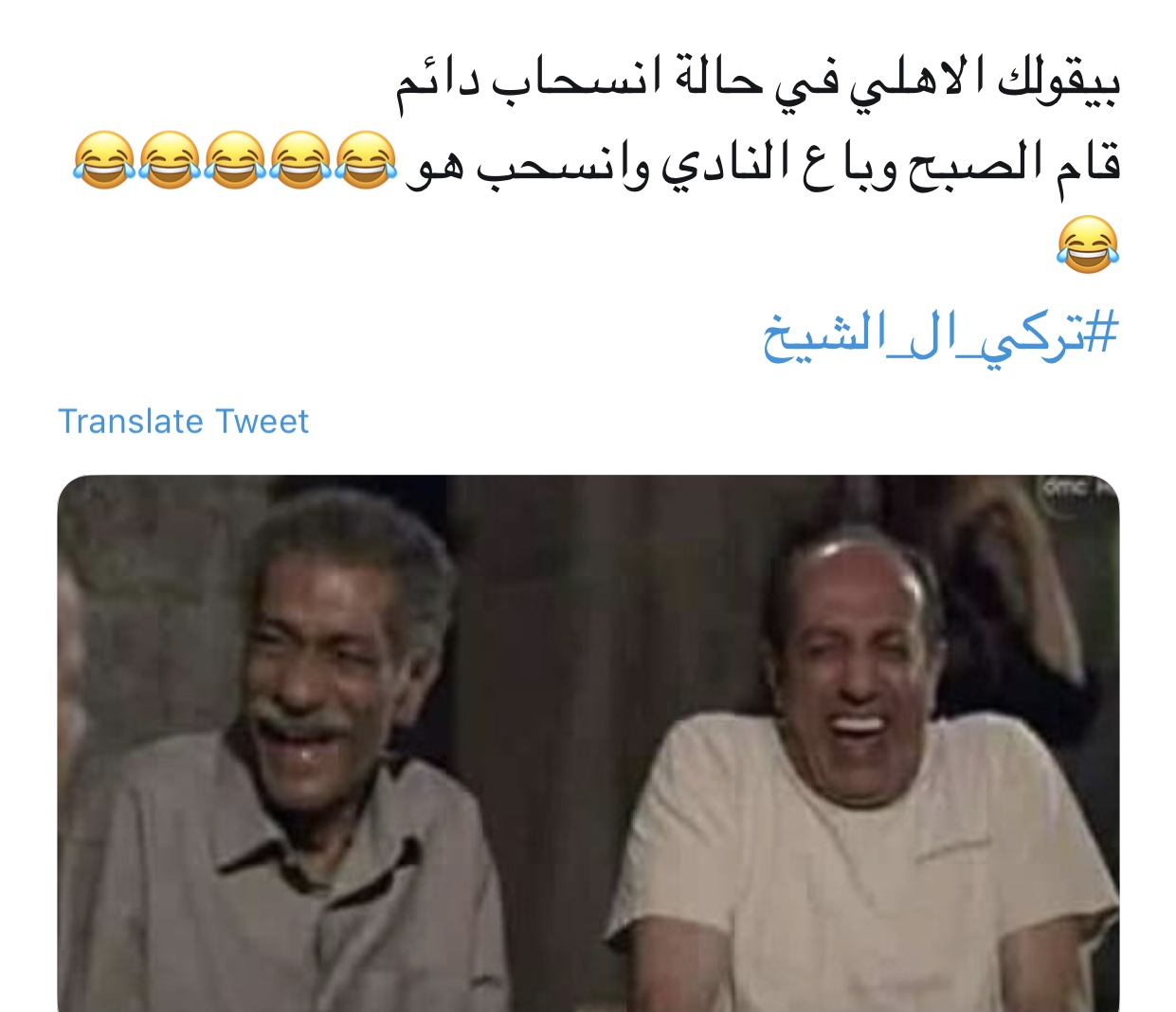 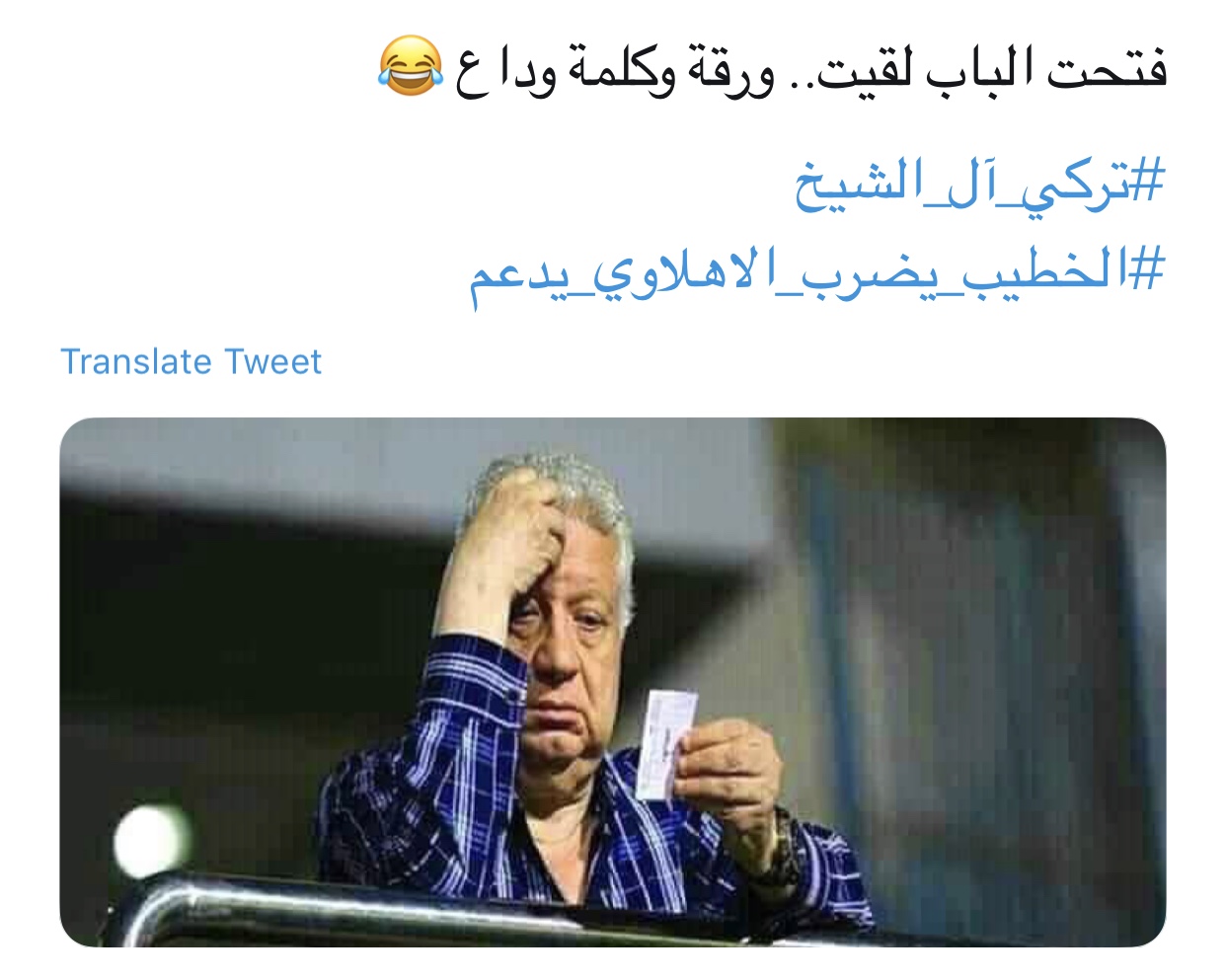 What about you guys? Is the hate Al-Sheikh is receiving justified? Or was he just an investor met with hate, and forced out for no solid reason? We’re actually at a time when we’re supposed to be supporting foreign investment in Egypt rather than fighting it just for the sake of it.

When Al-Sheikh came to Egypt, he was trying his best to help Al Ahly out financially, considering the fact that he has expressed his love for the red devils before. But then he was met with a series of unjustified awkward situations from Al-Khateeb regarding the whole Abdallah Al-Saeid feud, which then explains all the drama. Not to mention the harsh insults directed at him from Al Ahly supporters, on the internet and even inside the stadiums.

Do you guys honestly think this is fair? Also, how do you think things will take off from here in the Egyptian League?