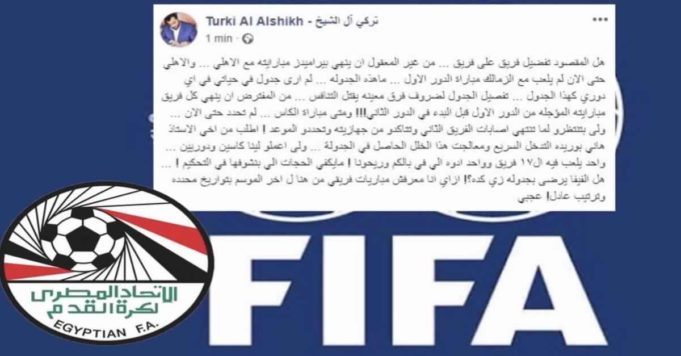 In an official statement, Pyramids FC has threatened the Egyptian Football Association (EFA) to report them to the International Federation of Association Football (FIFA).

As a followup to the whole Pyramids FC vs Al Ahly FC drama, Turky Al-Sheikh the founder and funder of Pyramids FC posted a very upset -if not completely angry- statement on his official Facebook account. 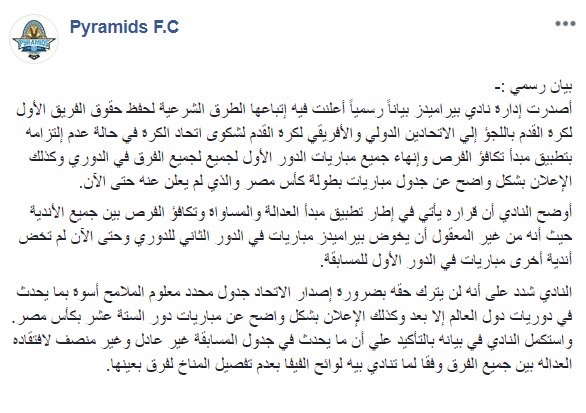 The Egyptian League is currently ongoing and so is the drama. Al Ahly FC has three postponed matches from the first round, which were supposed to be initially taken care of before the beginning of the following rounds. However, that did not happen.

The postponed matches include their game against their biggest rival, Al Zamalek FC.

Ever since Pyramids got into the rivals category of the Egyptian League, alongside Al Ahly and Al Zamalek, major clashes started to go down between Al-Sheikh and Al Ahly’s president, Mahmoud El-Khateeb. 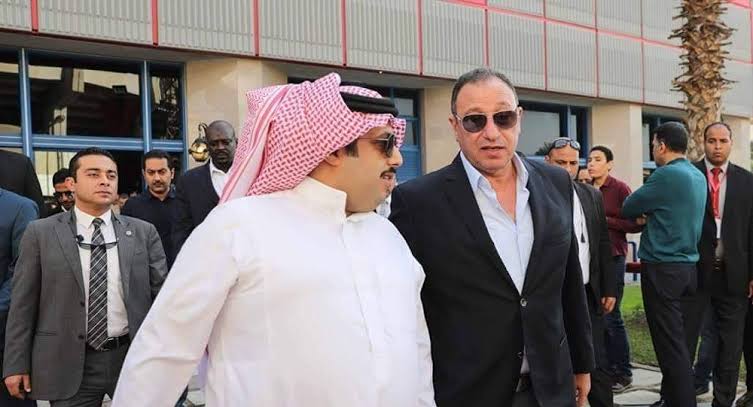 Long story short, Al-Sheikh is almost certain that the Egyptian Football Association is rooting for Al Ahly to win the league at the end of the season. Keeping in mind that the current league schedule has Al Zamalek on top with 45 points, followed by Pyramids FC 39, and Al Ahly with 33 MINUS its postponed games. 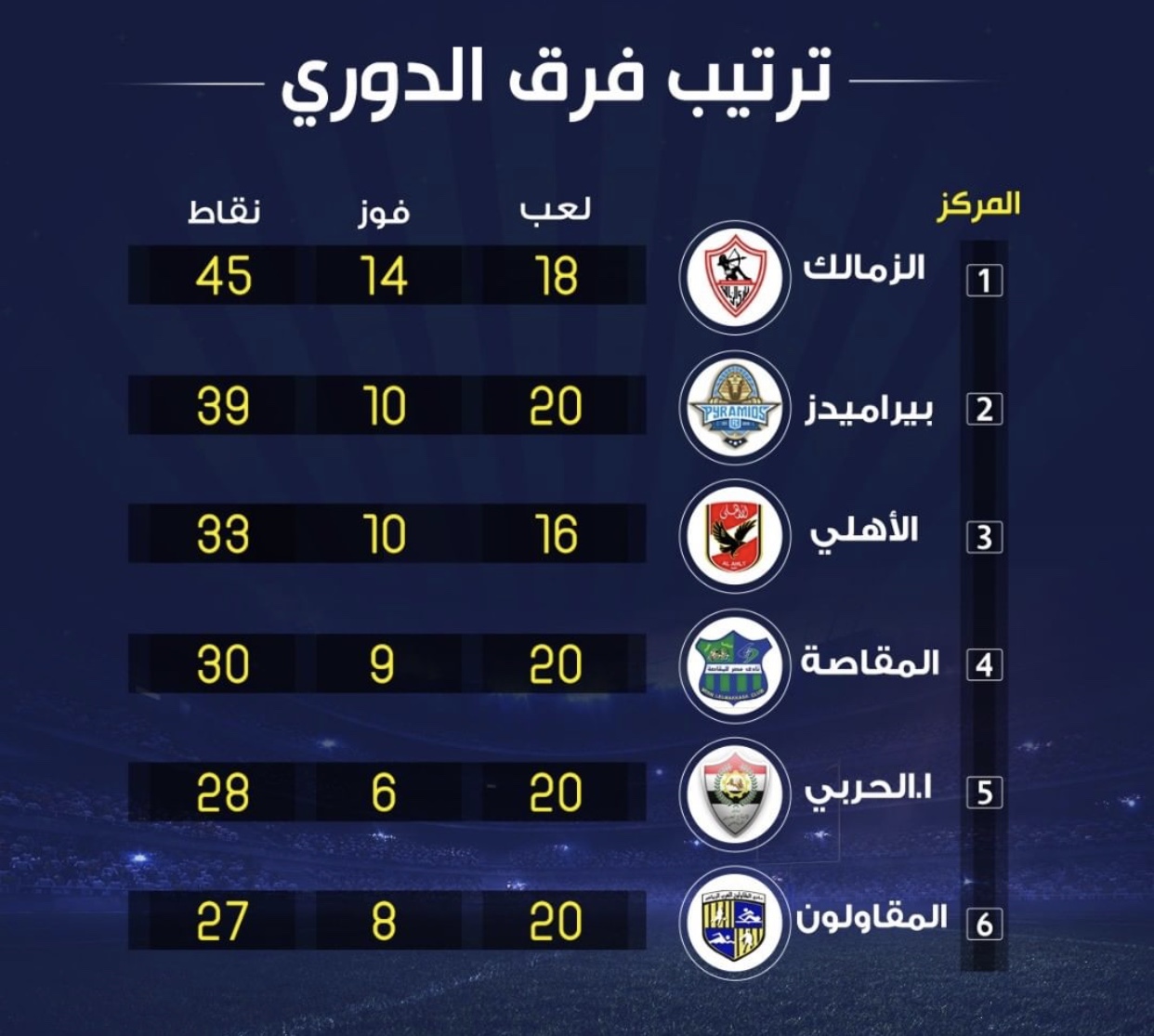 All of that means that the possibilities of Al Ahly topping the league once again, despite being third, is not at all far. Why? Because simply as they play their postponed matches, they will gain more points and immediately leap to the top of the rankings.

Al-Sheikh, needless to say, feels extremely suspicious about this. Saying that it’s unfair and that the EFA is probably rooting for Al Ahly and adjusting the fixtures in their favor.

He even sarcastically suggested they hold two leagues for the season; where one is being fairly managed, while they could gift the title to whoever they want in the other one. Obviously referring to Al Ahly.

Will FIFA Have a Say in This?

Al-Sheikh also threatened in both statements, that he might have to turn to FIFA and even the CAF, for them to look into this unorganized and unfair chaos.

He really seems to be fearful of losing the title which he actually promised to secure by the end of the season when he first invested in Pyramids FC. A huge part of it, of course, is to get back at Al Ahly because of his unsolved issues with them.

Al-Sheikh also hinted at the possibility of Al Ahly postponing their matches on purpose until all of their injured players are recovered; and that the EFA is supporting them in that.

He also expressed his anger at the fact that Egypt’s cup fixtures have yet to be announced, which is not supposed to be normal.

That’s Not Just It…

It’s also worth mentioning that El-Khateeb has requested foreign referees in Al Ahly’s games against Al Zamalek as well as Pyramids FC, in fears of conspiracies.

Al-Sheikh clapped back by welcoming the suggestion, saying that he would gladly pay for it. And that itself is definitely a shade because according to Al-Sheikh, referees are always on Al Ahly’s side. And this is another one of his fears.

A response or a statement on this is yet to be released from the EFA or Al Ahly.

What do you guys think of all this drama? Will FIFA or even the CAF REALLY interfere? If they do, what could happen? Are you here for what Al-Sheikh had to say? Anyway, seems that the Egyptian football drama will never end. And well…we’re definitely here with the popcorn!