Identity Magazine
Home Trending Two Girls Beat up a Guy on the Street and People are...
Facebook
Twitter
Google+ 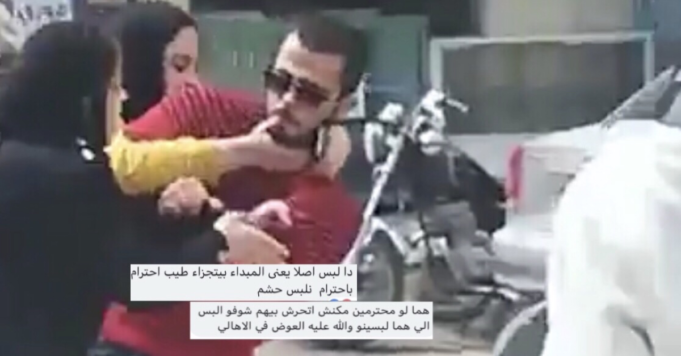 On April 10, a video of two girls beating up a guy in Kafr El-Sheikh, Egypt went viral.

And as if we didn’t already guess why they would do that, turns out that he sexually harassed one of them. Of course.

But this time, he didn’t do it on the street. He reportedly groped her at university. Meaning that the guy is, in fact, her colleague. And we really hate to say we’re not surprised anymore!

Unfortunately, such news is the usual now. Whether it’s a random guy on the street – as always – or the new trend of actual colleagues/friends hitting on the women in their study/workplace.

That being said, there are many rumors flying around that there’s more to the story. And that it’s either a setup or there’s a missing puzzle piece that proves the guy’s innocence.

And you know what? Fine. Let’s say it’s a setup. Maybe there’s a completely different story and he did not harass the said colleague, after all. Right? Well no.

Because first all of the girls filed a report against him and he has already been arrested. Secondly and most importantly, we’re actually not here to talk about the sexual harassment itself anymore.

Everything has been said and done about sexual harassment in Egypt. But it’s still happening and we’re still fighting back and speaking out, and it’ll never stop and we will never stop!

However, what we’re here to talk about is THE COMMENTS SECTION! 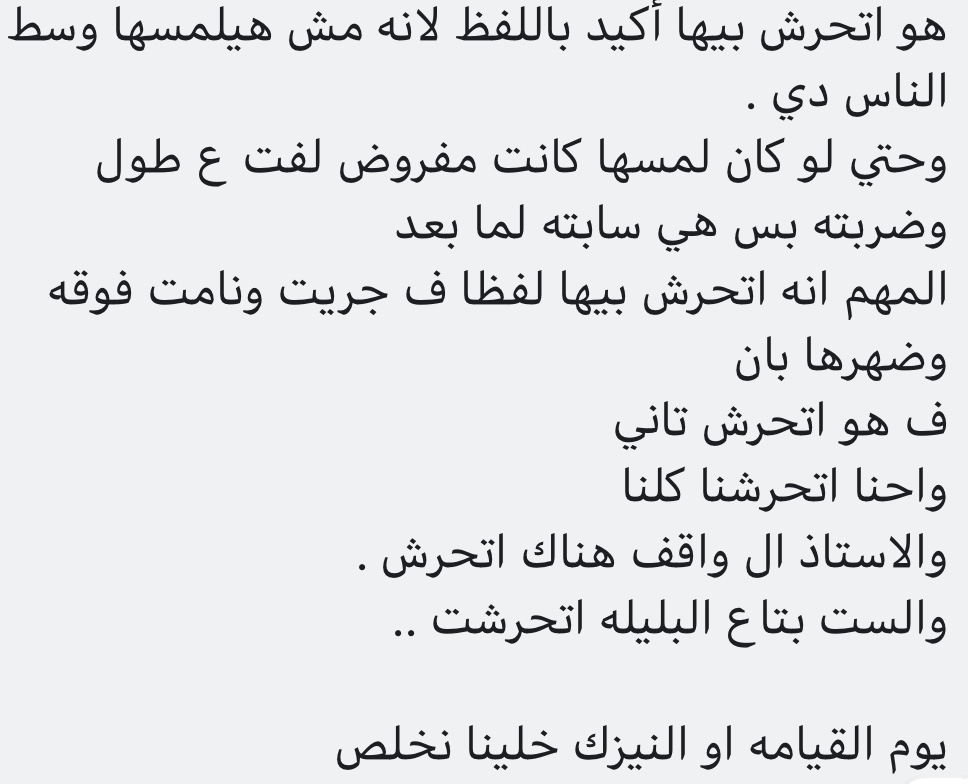 What happened to people? What’s wrong with men AND women? Why is it ALWAYS easier to blame the girl for the harassment SHE faces on a daily basis?

After all those years and the bazillion sexual harassment incidents that we’ve witnessed – including the inescapable firsthand experiences – why is it still an option to think that HER ATTIRE is the reason?

Oh wait, no it’s actually not the clothes anymore. People managed to find another excuse, and it’s THE VEIL!!!!!!

Another mind-blowing theory those hideous comments came up with is that he might have had an affair with her, then broke up because he got what he wanted, which is why she’s going crazy.

Let alone those who are SHAMING her thinking she’s asking for it because she actually HIT him! HOW???? Where is the sense in all of this? 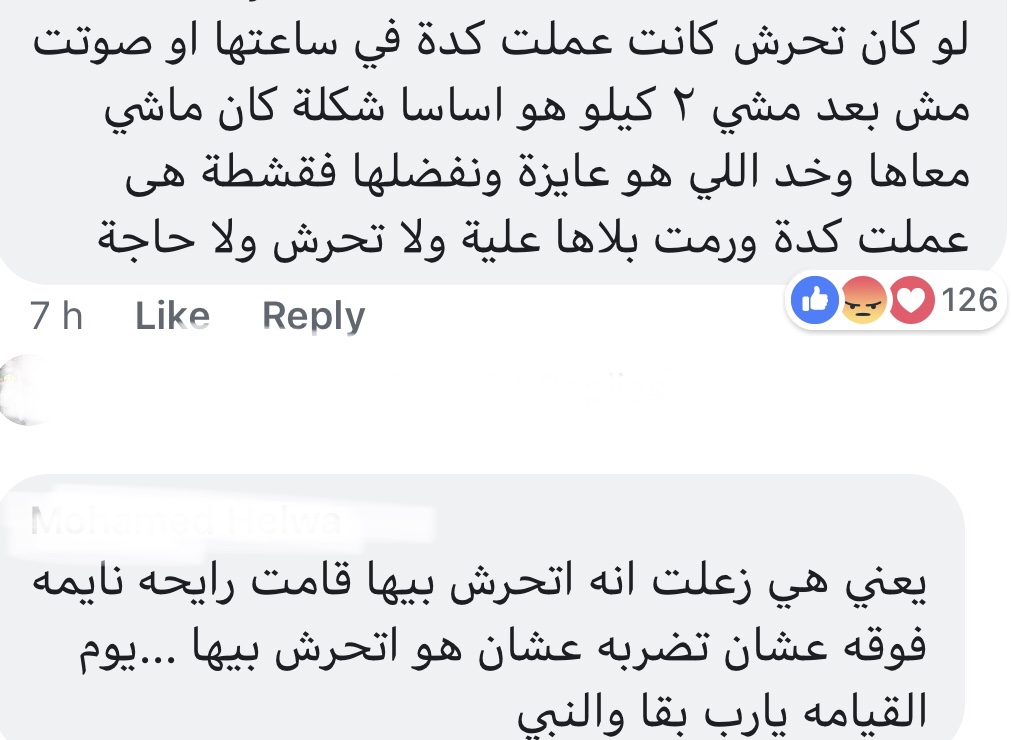 We can’t even believe that we reached this level of ignorance! Do the people who convincingly say those things believe themselves? For real?

It’s not even about men attacking women to justify their horrendous actions anymore, it’s about WOMEN ATTACKING WOMEN TOO. And for what? 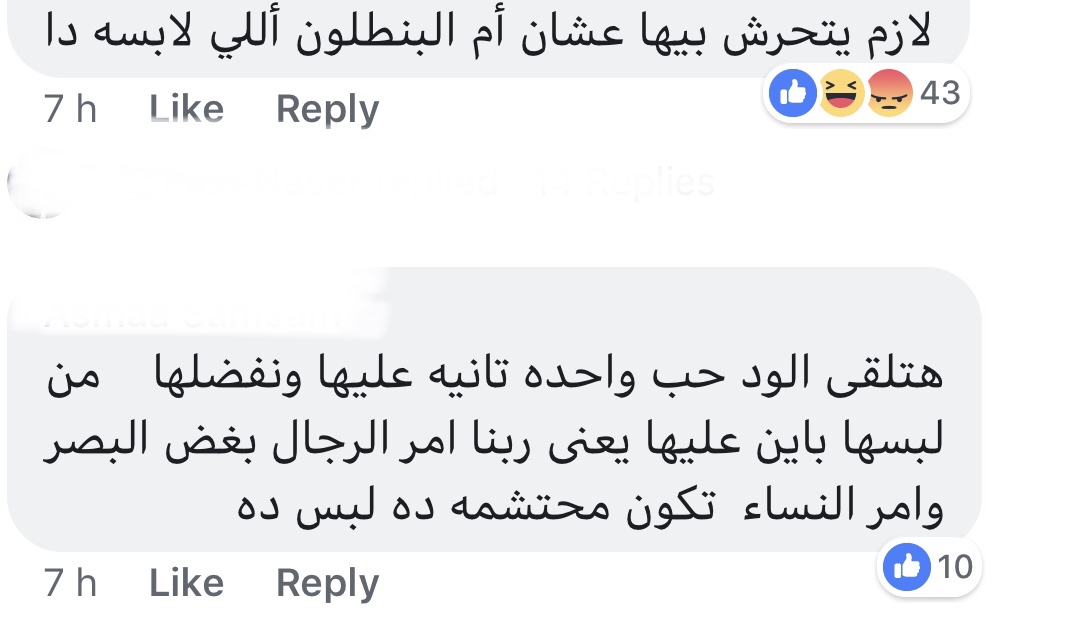 For God’s sake, those are not just words you say or write. Those are horrible examples to an already messed up society!

The same old broken record of “Her attire is the reason” is not going away, although it should have by now and people are still buying it!

About the whole “Where’s the evidence?” tone a lot are using nowadays, yes, of course, evidence is needed. It’s not okay to just BLAME someone for a crime they didn’t commit, especially when it’s this horrible.

HOWEVER, if everybody’s so keen on the said evidence, why are the same ones incredibly quick to point the fingers at the women first? Huh? See? It goes both ways.

So far, these comments have literally highlighted every theory and made up a thousand excuses to why he could either be innocent or why she was definitely the one who asked for it!

But him actually turning out to be a sexual harasser like the million others in this country? NO, THEY ARE DISREGARDING THE MERE POSSIBILITY!

And if the way he was beaten up hurt some people’s feelings, well surprise, there are women who get raped – not just beaten up – DAILY and never find the justice they seek; that’s if they‘re even allowed to speak out because of the societal barriers and the man world we live in.