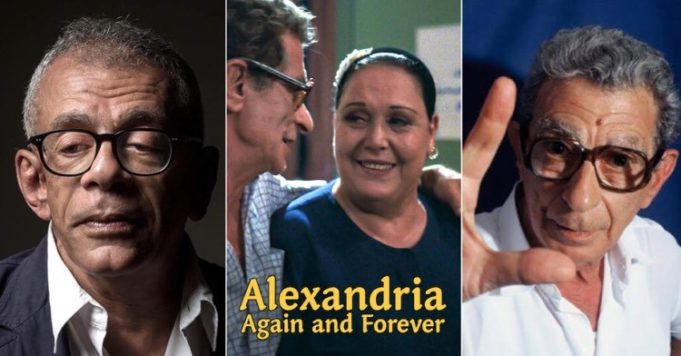 Over the past few days, hearing that Netflix is picking up most of Youssef Chahine’s films (including his semi-biographical ones) was definitely pleasant news.

To make this even more pleasant, we learned that some of Youssry Nasrallah’s rarely-screened films were also added. So, let’s take a look at those gems!

Being able to do a Youssef Chahine trilogy marathon with great quality, subtitles, and at the luxury of your own home must be a dream come true for Chahine’s fans.

Luckily, the 1997 production starring Nour El Sherif, Hany Salama, Laila Elwi and so many more stars is among the selected Chahine movies.

This may not be a piece of common knowledge, but Youssef Chahine did actually direct the historical El Nasser Salah Eldin. Care to rewatch it after this revelation?

The Land and the formally known as Sera’ Fel Mina & Sera’ Fel Wady (now they go by those Netflix names) are the black & white Chahine movies picked to join the HD selection. Seriously, how cool?

With those two additions, Netflix completes the Youssef Chahine selection. What’s worth mentioning is that El Mohager is considered one of Chahine’s most controversial films ever for having some religious undertones.

As we mentioned earlier, what follows is three of Youssry Nasrallah’s rarely-screened on TV films. Starting with, Mercedes, leading roles by Yousra and Zaki Fateen Abdel Wahab. We only saw the preview and we’re really intrigued!

Another Youssry Nasrallah find is the 1999 French- Egyptian El Madina. Can you believe how young Bassem Samra looks? That’s one great collaboration, for sure.

We’re getting a Cinema Paradiso and Hugo vibes from this one. In Nasrallah’s 1988 movie, we get to see a boy on a quest to take from the rich and give the poor.

We’re super glad Netflix decided to pick up some of our Egyptian valuable films by two of our most prominent directors. A great chance for younger generations to catch on our cinematic history!