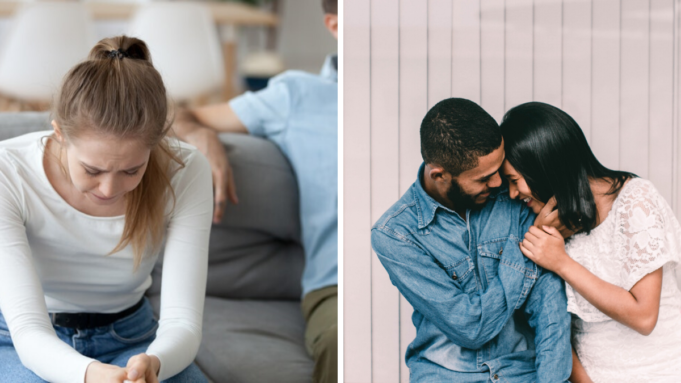 Everything in life is a give and take and relationships are no different. It’s not supposed to be about one person giving too much and the other giving too little. Sadly, though, this is what just happens sometimes. Some people tend to lose themselves in their relationships and give in too much.

Obviously, this all needs to stop. And before you think we’re berating you, we’re not. We’re actually going to give you some guidelines so you can realize if you’ve crossed the line.

You never do anything for yourself

The first step to knowing if you’re giving too much is to think if anything you’ve been doing was actually just for you. We’ll make it simple. When was the last time you went to a place or a show or bought a trinket just for you?

If you have trouble remembering or if it takes you a while, then the answer is “too long ago”. At this point, start scheduling your me-time, whenever possible and learn how to refuse invitations you don’t want to actually attend.

Boundaries are alien to you

Whether they’re aware of its existence or not, everyone has a set of boundaries they don’t like others crossing.

Those boundaries change, according to the people, yes, but there are boundaries no one crosses because it’d be taking it too far. That is, naturally, one of the most visible signs of a too-involved relationship.

You never let the other person show some effort

You might be thinking we’re just making this up as we go. That we don’t know what we’re talking about in this specific point because romance is a thing and some people love doing the effort.

Here’s the thing, though. There’s a difference between being a hopeless romantic who’s a sucker for grand gestures and being a person who gives a 110% while the other person is just putting normal effort in.

Putting up with bad behavior is routine

Say, the person you’ve been dating never calls first, never puts your needs above theirs, and never generally treats you the way you like.

A lot of people would take a stand for themselves and just call it quits there and then, but a person who gives too much thinks there’s always a solution, usually meaning that they’ll give even more energy and time rather than read the writing on the wall.

If any of this seems familiar, you’ll need to take a step back to re-evaluate.