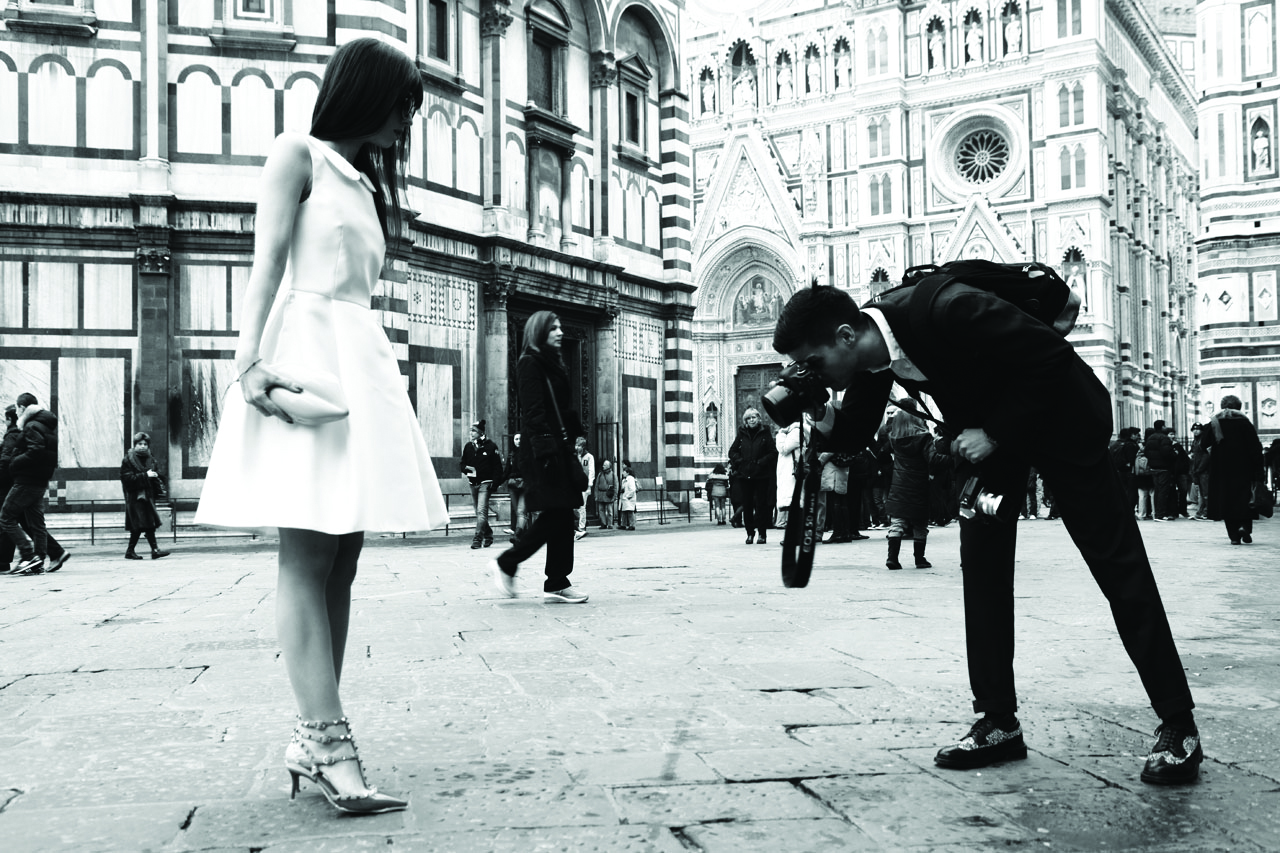 In celebration of our 10 year anniversary, we decided to pull an old feature out of the archives. One of the first regulars we had during the very first year of Identity Magazine was a Venus vs. Mars feature. The main idea of it was picking a general topic and having it written from a woman’s and a man’s perspective. Some of the old topics included gender equality, if men and women can be just friends, and if men and women are destined to always misunderstand each other. For our recreated version, we chose the topic of how social media affects us, since it wasn’t really an issue yet in the early years. It was interesting to see that the results were quite similar from both sides, unlike the old topics that usually had completely different perspectives.

We’ve all grown up knowing about the seven deadly sins, and some believe that having these “sins” will destroy your life. I always thought, however, that the quality that might actually destroy your life is curiosity – the deadliest sin there is. Curiosity makes you know what you shouldn’t know, and when you know you start comparing your life to others or just simply start bringing yourself down.

I remember my first exposure to social media. From Myspace to Hi5, it was a game changer to everyone’s social life. I was a preteen when I first discovered social media, and stupid me thought it was the best thing that could happen. I could know people from other countries and culture and have digital pen pals. What could go wrong? I soon realized that everything might!

Let’s start with the early years of social media. The internet, and social media, have a very dark side which affects everyone, especially young females. I never knew what “paedophiles” were, or what harassment even was. The internet is always a safe place for all pervs. As a young preteen, I got to talk with strangers, always with good intentions. I didn’t even know that I could get harassed through text and a screen. At least once a week I’d find an old man sending or asking me for naked pictures.

With the difference between social media now and then, everyone is exposed, and their safety is at risk from the harassers, who ironically find it safer. As for now, with the rise of Facebook and Instagram, it’s putting more pressure on females, again, especially young girls, to be as beautiful, interesting, and “cool” as their friends on social media. The comparison between people is growing, and even if you don’t think it affects your confidence, it does! How many times have you seen a 10-year old trying to take a good selfie when you’re walking around a mall and you see her struggling so much to have a good picture to post on her Instagram or Facebook?

While some might not care about how they look, or might not even post pictures of themselves and body image isn’t a big problem for them, they still compare their lifestyle to others. You’re forced to know other people’s tiniest details. You’re forced by Facebook to relive your memories. You’re just constantly having things shoved in your face to make you feel bad about yourself.

As a female, I always want to prove that I’m strong. I want to be confident. I want to be safe and not get random dick pics from strangers I don’t know. I don’t want to see younger women getting harassed by paedophiles. I wish I wasn’t exposed to this myself. I wish social media was just as good as it was meant to be.

In every generation there has always been something that shapes the personality of the people witnessing it; a great war, an economic crisis, a revolution, a natural catastrophe… Concerning our generation, it was social media.

Social media has become an important part of our daily lives. So many people depend on it as the sole form of communication, to the point that real communication has almost disappeared. And it is addictive and tempting, to get all the information you need about anything starting from news and events to people’s interests and the places they like to visit. It is amusing and easy, the fact that you can reach your old school friends that easily and find anyone you want at the push of a button is great. That’s why the role of social media has increased so much and as its role has become bigger, its negative impacts have become more and more clear.

We men usually lead a simple life, one that consists mostly of work during the day and any social activity afterwards, a social activity that is either events, outings, a party, or in most cases it is just hanging with the boys in the coffee shop.

Let us take the coffee shop as an example. The coffee shop is usually the place where we chill, wear our comfortable clothes, forget about the world’s problems and just sit together doing the stuff we don’t get the chance to do during the day. Either it’s talking, playing cards, or even just having drinks and smoking ‘shisha,’ the most important rule is: leave the world’s problem outside. Well, not anymore.

Social media is stripping us from our social interaction time, with how it is easily accessible everywhere it is now hard to leave your problems anywhere, they will haunt you wherever you go. It is now rare to pass by any café and not find almost 90% of the people sitting there holding their mobile phones.  And as this spreads even more and more we are becoming less ourselves, we are having less time to spend with each other, less time to interact and more time to spend with our problems or even the world’s problems. And as a result we are starting to feel more and more alone, the thing that affects some of us and makes us decide to deal with our problems back at our own places. What is the point of social activity if we are going to be alone anyway…

Also social media has created a new generation of male attention seekers, males whose only purpose is to seem dominant online. This leads to a generation that works out only to post their gym photographs on the internet, and that quotes complicated books that they misunderstand, only to be looked as avid readers, a generation misses a lot of fun because their only aim is that to let people see how fun their life is, even though it is not. This leads to an endless circle. You open social media, see your friend posting photos of the sea and how happy he is; you get depressed about your life, and you decide to go to the sea too. You go but you don’t find the happiness you thought you would find, you post a photo of yourself pretending to have fun by the sea, your friend sees the photo, he gets depressed about his life, decides to the sea too, and so on…

Social media is slowly killing us. It is becoming so addictive that there is a thing called BFAS, short for Berge Facebook Addiction Scale, that researchers have created to measure how addicted a person is to Facebook. Studies show that the overuse of social media causes anti-social behaviour and makes people more prone to depression, anxiety and more psychological disorders including attention deficit disorders (ADD) and deficiencies in learning skills. So unless it is used with moderation and unless we control ourselves in using it, the gap between people will increase even more and the psychological side effects will be drastic.