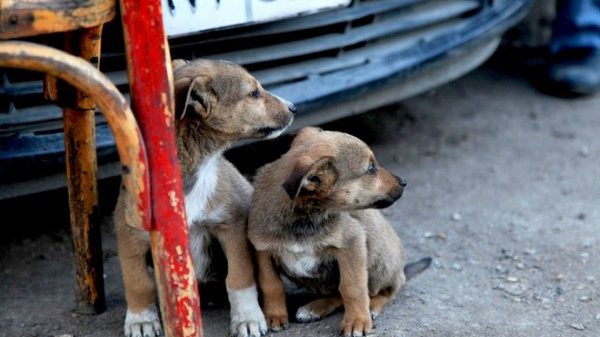 Mass shootings and poisoning of strays started in Egypt since 2013. Hundreds or maybe thousands of harmless dogs and cats were killed in cold blood ever since.

“They scare off the children!”, “They are overcrowding the streets!” and “Getting rid of a few will help!” is the reasoning we keep hearing.

On November 15th, we learned of yet another massacre. But this time, it was the slaughtering of a number of puppies. Yes, harmless little newborn puppies were abused then murdered.

What harm could those puppies possibly do? Will they scare off children? What could be the reason behind such suffering and incredibly painful deaths of innocent little souls?

Is it not enough that people on our Egyptian streets have made it normal to dismiss, kick and abuse stray animals that are only asking for kindness and food? Who cares if a cat is ran over by a speeding car? A dog that limps because it’s beaten up daily? They are only “animals”, right?

The way we view the animals’ file in Egypt needs to change, for many reasons. For starters, all lives matter. Just because it’s not human life doesn’t make it any less important. It is our vanity that makes it seem that way!

Secondly, animals have feelings too. They have an emotional system and can easily develop emotions and sense negative behaviors and retain memories of them.

As for the “overpopulation” argument, we are pretty sure that a few dogs are not the reason Egypt is so over populated. But, nevertheless, we could always use the “neuter and spay” technique that is used all over the world!

Where stray animals are safely and harmlessly caught and have their reproductive organs removed; this way they won’t reproduce unnecessarily and won’t have any extra souls to suffer on the streets.

And spare ourselves the hideous crimes of killing helpless beings and leaving their blood on the streets for our kids to watch and learn!

Finally, once we saw the video, we felt the urge to write about it. We can’t ignore and overlook these acts of cruelty in our society any longer. Animals are inferiors to human beings, and in this sense, we should treat them with mercy. Not the opposite.