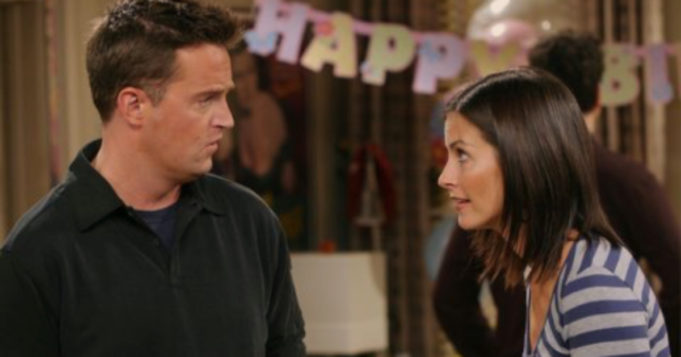 There’s nothing better than being in a long term relationship with someone you love – of course. Being with someone for three, four, five or more years is just special; that’s why it hurts so bad when it’s over!

Boyfriends and girlfriends come and go, and many friendships and relationships end on unfriendly terms. However, when it’s a long term relationship, it can sometimes end in the strangest of ways.

Why is that? May you ask…Well, here’s what we think:

If you’ve been with someone for that long, it won’t just end because one of you got bored nor will it end because a one time incident broke your heart and you decided to call it a day.

According to the people we talked to, it’s almost always either cheating, lack of communication, commitment and huge expectations.

When you’re in a deep long lasting relationship with someone, other potentials are bound to come into your life whether you’re the man or the woman. And that’s where cheating begins.

But let us clarify, by cheating we don’t necessarily mean having a physical relationship with someone else. Because God only knows how totally different and hurtful that can be.

However, cheating starts with you texting back people you are 100% sure are interested in you.

Even if you’re not flirting back or channeling the same feelings. Still, talking to that person means you’re more or less betraying your partner who might trust you.

“I remember when he started texting his ex crush, there was a time when they had a mini thing going on right before we got together. He didn’t hide the fact that they’re talking from me, but neither did he confess it.”

“However, when this came to my knowledge, I made it clear that it hurts me. And he promised there was nothing going on. At that time, we were almost three years into the relationship, and that’s why I was feeling safe. But I was wrong. Because this kept going on and he began to distance himself until I felt so anxious and insecure. So I decided to call it off. Exactly three months later, they got together,” Anonymous, 23.

Another factor that contributes to long term relationships ending in bad/strange ways is lack of communication.

At the beginning of every relationship, communication is always key. It’s in fact crucial because that’s what brings two people closer to each other.

That being said, what often happens after the passing of time is the evident lack of communication, little by little. Which, of course, leads to the crumbling of long term relationships.

Couples get so used to each other and become familiar with each other’s qualities, flaws, likes and dislikes…etc. And that is great, however, it often brings a sense of laziness to work on the relationship. And it’s not because you stopped loving the person

No, it’s more like you got used to the person and now you’re unconsciously taking them for granted that you neglect working on the relationship.

Which, again, leads to the couple drifting away and eventually breaking up.

This could happen from one partner or both.

“I don’t know, it’s like we didn’t have anything more to add to each other or talk about. I don’t want to say it was boredom because it wasn’t. It’s just that we were taking each other for granted because we thought we were in it for life.” Salma, 21.

The way we see it, this is the most common and biggest reason why most long term relationships end, and in a very bad way. Here, we’re talking about big commitments and high expectations.

When you’ve been in a serious relationship for quite some time, you find yourself or your partner beginning to aim higher. Wanting something more out of this. Whether it’s marriage or any official commitment that proves the love and seriousness.

And the reason for that is first: They want to see where this is leading them, they want to reach the point of it all and test whether or not the other person is ready/wants to actually go further with them beyond a normal relationship.

“Looking back at it now, I’m not really upset. Because at that time, I thought I wanted to be with that person so much that I would do anything for him. I wanted nothing more than us to spend our lives together. And I won’t lie, I don’t want to say my parents were pressuring me, but they had a point. We’ve been together for four years, where was this going to lead?”

“As soon as I started brushing over serious topics of higher commitments, he began to distance himself until he actually totally slipped away. I have no regrets, because at least now I know,” Malak, 24.

What about you guys? Do you agree with us and our interviewees about the common reasons many long term relationships end on bad terms? Or do you have other reasons in mind? Let us know!