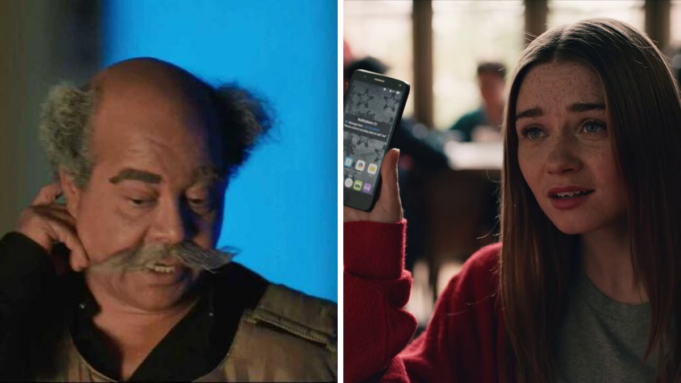 Have you ever received a text notification and you just knew you were in for trouble? You know, something like seventeen texts from Mama when you’re out with friends.

As terrifying as that is, we’d like to argue that that there’s an even more terrifying text category. One reserved for men with girlfriends.

Since we’re always here to keep you updated, we’ve gathered a selection of the texts that terrify men the most.

No actual words are sent

So, here’s the thing. Texts can be scary and all, but at least when actual words are sent, you know what you’re in for.

However, when the text you get is literally only a bunch of “???”, the dread only increases.

This one might not sound like it’s that big of a deal, but let’s offer you a quick translation. “Howa enta fein?”. Now that you have context, you might see why this can be some kind of terrifying.

Legend even has it that every question that starts with “howa” is basically booking an appointment with horror itself.

A couple of very particular emojis

We have a feeling the emojis in question are already known, but let’s name them anyway. Any time you get a text that’s a smiley face or a thumbs up, know that you got a heads up.

It might be nothing in the end, really, but sometimes, well, it’s not exactly pleasant.

“We need to talk”

A classic line that transformed into a classic text, we don’t need to even discuss why this one in particular is terrifying. We’re sure the raised heart-rate is enough.

“Can you check (social media) for a second?”

Usually, if someone talks to you and insists you check your social media for just one second, it’s nothing good because you might have something to worry about.

On a first name basis

A text, any text, that begins and ends with your first name and nothing else is never a good text. There’s a reason why that person hasn’t elaborated when sending.

Imagine this. You’re sitting around, enjoying life and just chilling, when you get a text that says “I’m waiting” with no context and no other texts. No, it’s not Fear Factor, it’s your life now.

“Aren’t you forgetting something?”

While issues of memory and forgetfulness are more than a little common these days, texts about you forgetting something –crucial or not, we don’t know– will always be a countdown for a kick-off.

Word on the street is if your girlfriend sends you a text saying she needs to know something, it’s going to be bad. And if she follows that by typing for an insanely long time, it’ll only get worse from there.

All three of these lovely variations are good in their own original contexts but if they come without a further ado or after a tense conversation, you’ll need to know that you two are still fighting.

And no, most likely, it won’t blow over on its own.

“I’m just glad you had fun”

Bear in mind that when a text like this comes on special occasions, they’ll actually mean nothing but good and nice things.

However, if this text comes after you cancel plans or something or the other, well, it might have another intended purpose.

“I need to ask you something”

Let’s save each other some time, she knows. If she has the inclination to ask, then she already knows, plain and simple. Don’t lie, dude, it won’t be worth it and you’ll be embarrassing yourself.

Caution: all of these texts get worse if you add the smiley face emoji.