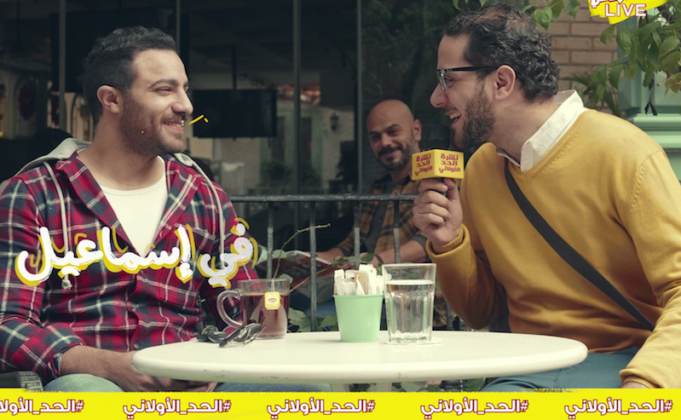 In just two days, Lipton’s video got almost 2 million views! That got us wondering what is it about this video specifically that could make this huge number of people fall head over heels for a song! And while people’s taste in music vary, and good music is relevant, we thought we’d take it upon ourselves to find out the reasons this song stands out! Below are 5 reasons we’re in love with Lipton’s El 7ad El Awalany song!

1. It brings even the most depressed person a great deal of positive energy

Seriously, the song kind of makes you want to get up and dance! It’s light in a pretty dim world! With everything that’s been happening lately, it’s such a relief to hear a song that focuses on the positive side of Egypt for a change!

2. It makes you want to get up and do good right now!

Seeing beautiful people in a video doing good deeds makes you believe that peace and love are not such hard things to attain as we always believed. So you feel this sudden urge within your soul to get up and do good deeds yourself! After all, now you know, a good deed could be as simple as smiling at a stranger.

3. The song idea was inspired by the Egyptian people!

Ok, don’t tell anyone that! It’s our dirty little secret, but we got intel from Lipton themselves that the song idea came naturally to the team after the positive messages they received on social media from over 10 million Egyptians using #El7adElAwalany. So in a way, it’s a song from the people to the people!

I mean what’s better than our favourite band playing one of the most positive songs out there?! It’s our dream come true!

5. It really expresses the simple idea of how a good deed could result in a ripple effect of kindness

Growing up, we were told that a simple good deed could change the world, but we never really understood how that could happen. El-7ad El-Awlany’s video, however, is the perfect illustration of the idea, and quite honestly it couldn’t have been done any more brilliantly!

So thank you Lipton, and for all of you beautiful people out there, get up now and be #El7adElAwlany! DO A GOOD DEED.

Check out the video below for some inspiration!