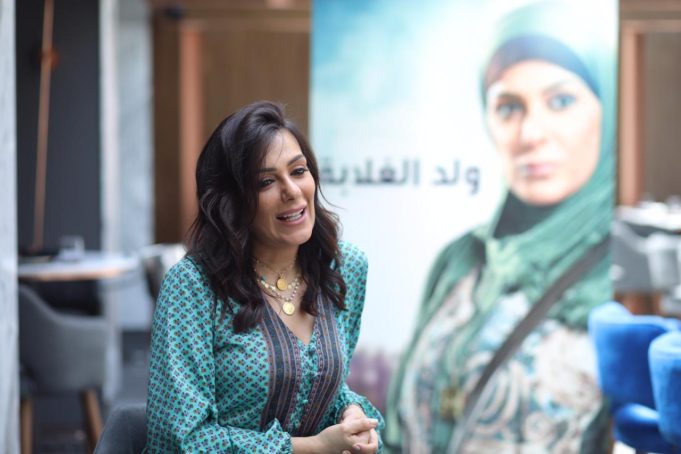 If you are following any series this Ramadan, then you probably already know that one of this year’s leading series is Weld El Ghalaba.

And you probably also know that one of the main reasons why is the amazing performance and portrayal of Safia’s complex character throughout the show by the incredibly talented actress/artist Injy El Mokkadem.

So naturally we had to sit with her and chat a bit about Safia and how on earth she was able to portray such an incredibly intricate character. Here is what she had to say about it…

1. When you read the script for Weld El Ghalaba, what was your first impression of Safia?

When I read the script, I connected with Safia instantly. But she was very different from anything I have ever done, especially last year’s Sofia in Layali Eugenie, so I was pretty terrified. However, that same difference is what made me very excited because it was a new challenge for me.

2. Execution wise, was it difficult to play Safia? If so, what was the hardest thing about it?

It was VERY difficult because it was way out of my comfort zone in everything; environment, personality, characteristics, circumstances, every single detail.

But if I had to pick one area that was the hardest for me, I think it would be the dialect. Because at the beginning of the shooting, I was so focused on perfecting the dialect that I was a bit distracted from the acting.

But gradually and with the help of our dialect coach Mr. Abdel Maged Hawary, I started to get more comfortable and was able to follow our director Mr. Mohamed Sami’s advice to lose myself in the character. 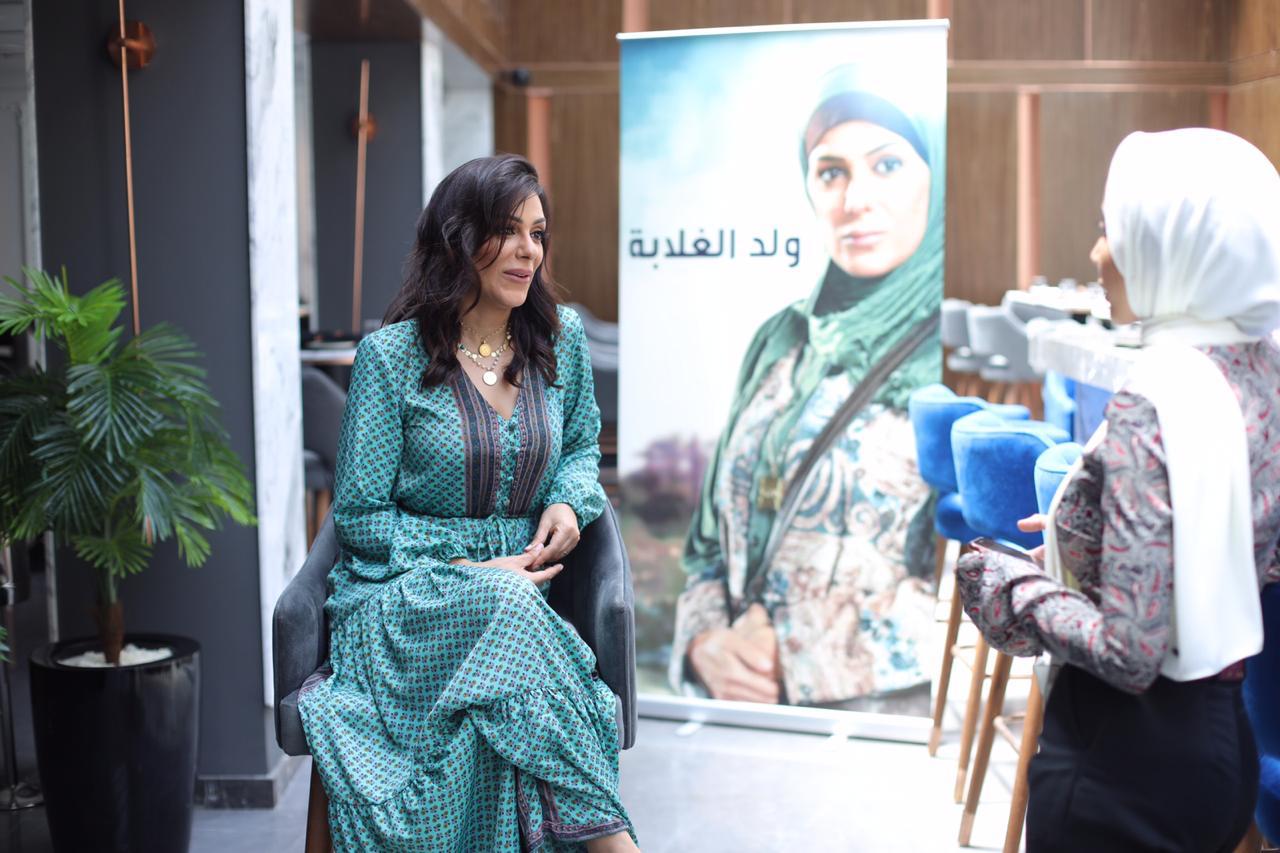 3. After the huge buzz Layali Eugenie made last year, were you anxious about what to choose to play this year?

Of course I was, I had to think a lot and weigh every option about a million times. I knew the role I had to play this year had to be completely different from Sofia in Layali Eugenie so that I don’t get stuck in the same pattern.

This is one of the things that made Weld El Ghalaba and Safia perfect for me this year. Because Safia and Sofia are basically opposites in everything.

Well, for starters, it has to be different from the stuff I played before. It has to be influential in the story-line regardless of its size, and the script has to be very well-written. And of course, I have to be able to trust the director and my cast mates.

5. Who would you say you had the best chemistry with on the set of Weld El Ghalaba?

I had instant chemistry with Mr. Mohamed Samy the director. He is an amazing well rounded artist, and his vision of Safia was so clear and detail-oriented that he was able to convey that vision to me from every aspect possible so that I can have a strong grip on the character. A huge credit really goes to him that Safia came out the way she did.

Of course, the chemistry between me and Mr. Ahmed El Sakka was very strong since we have worked together before in Zehab we Awda.

But the real surprise for me was how much chemistry I had with Edward! Our scenes together were really fun and easy to do.

When I think about it actually, I think everyone had chemistry with each other on set. Which is why it shows on the screen, thankfully. 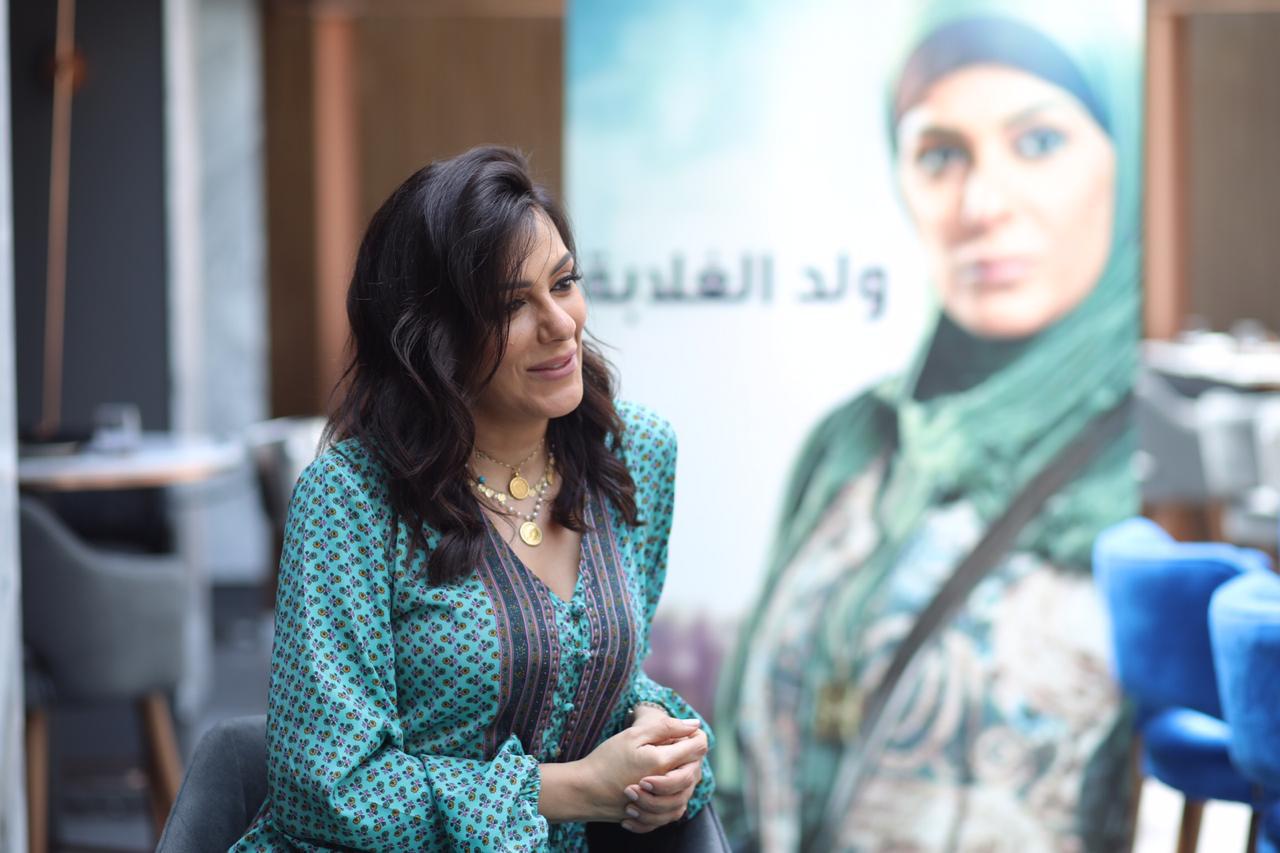 6. What spoilers can you tell us about Safia’s future and what is going to happen in Weld El Ghalaba?

Nope, no spoilers! But I can tell you that you will witness a huge change in Safia’s character over the rest of the show, in fact, she is going to turn into a completely different person, and taking an even darker turn! Let’s just say you’ll be very surprised.

7. Your scene with Ahmed El Sakka where you discovered your sister’s death was very emotional and heartbreaking for people to watch, how was the preparing and performing process for such a challenging scene?

It was hard and extremely long; it aired for 9 whole minutes! At the beginning of which, I had quite a long monologue on my own that, of course, I had to do in a southern accent. So I had to make sure I memorized perfectly so I could only focus on the acting process.

She had just discovered that her sister was killed, her brother is a drug dealer, and on top of that, her mom had recently died. So naturally, she was going through a whole lot of emotions and mixed feelings from weakness to anger, so portraying such level of emotional intensity really took a toll on me. I was left crying my eyes out after shooting it.

So I guess you could say it was heartbreaking for me too not just the audience. But it was all worth it once I saw the audience’s overwhelming reactions to the scene.

8. Why do you prefer TV over movies?

I really don’t. But just so it happens that I get offered more roles in TV than movies. But my new movie Ras El Sana is coming up soon and I guess things will change when people see more of me on the big screen.

9. We know you’re a Game of Thrones fan, what are your thoughts on the new season and how do you think it will end?

I am a HUGE fan, yes! I am not sure what is going to happen next episode, but I am completely shocked by the last episode and what Daneryes did, and pretty sure she won’t be the one who sits on the iron throne. Of course, I was very disappointed in Jon Snow last episode and how he kept supporting her for no reason!

I expect that Sansa will have a huge role next episode, though. But I am terrified for Arya to be honest; I don’t think it will end well for her.

Overall, I think this last episode will be epic and sure enough will blow everyone’s mind! 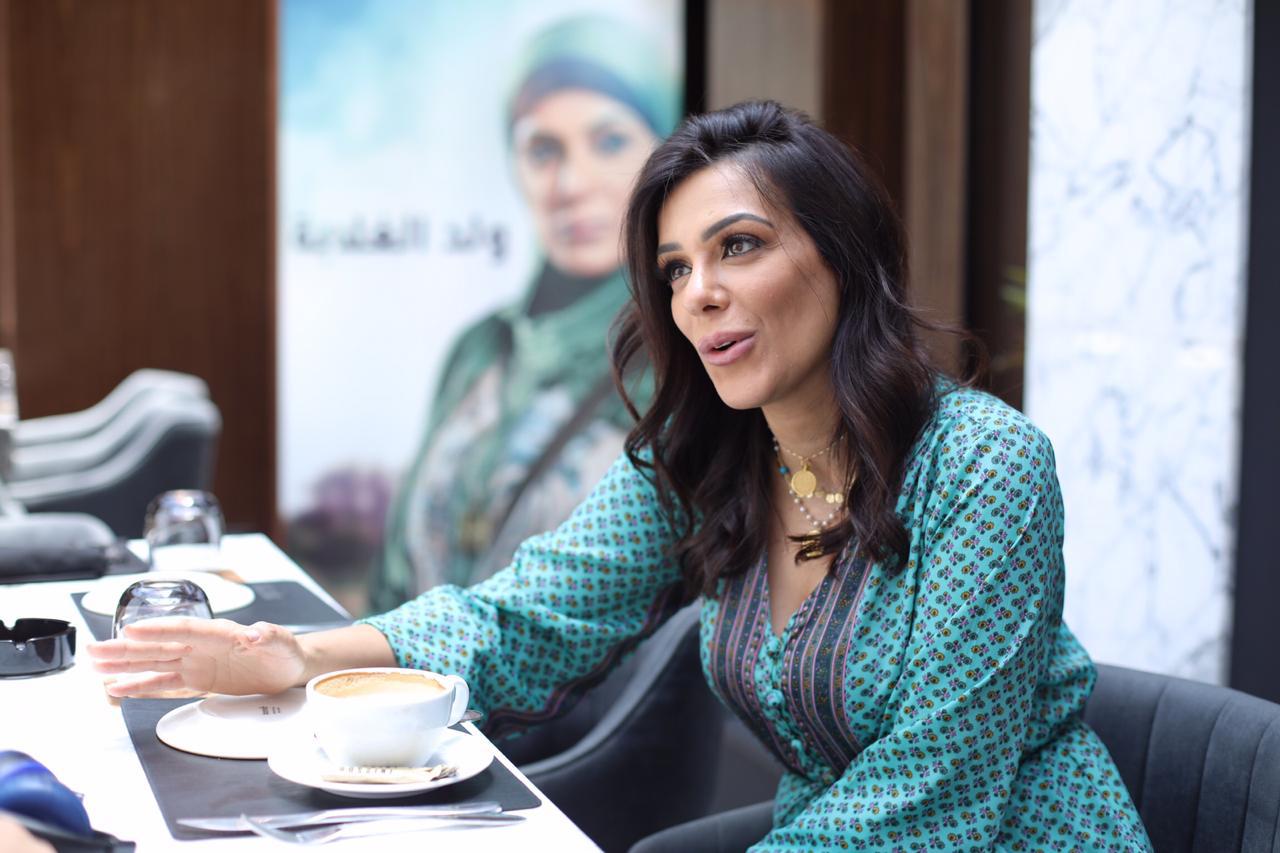 10. Who are you still dreaming of working with?

I really love the great actor Mahmoud Hemida and would love to have the chance to act opposite him one day. I would also love to work with Maged El Kedwany, that would be pretty incredible.

Like I said, my new movie Ras El Sana is coming up soon, and I am very excited for everyone to see it. Mariam (my role in the movie) is also very different from what I normally do. She is very controversial and eccentric and has a psychological depth to her that makes her intriguing to watch. I think she will provoke people to judge her and interact with her.

So stay tuned for it around October; it might come out in time for El Gouna Film Festival.

As for all of you anxious Weld El Ghalaba fans, you have Ingi’s word; prepare to be full-on mind-blown over the rest of the month.

We know you can’t wait, we can’t either!