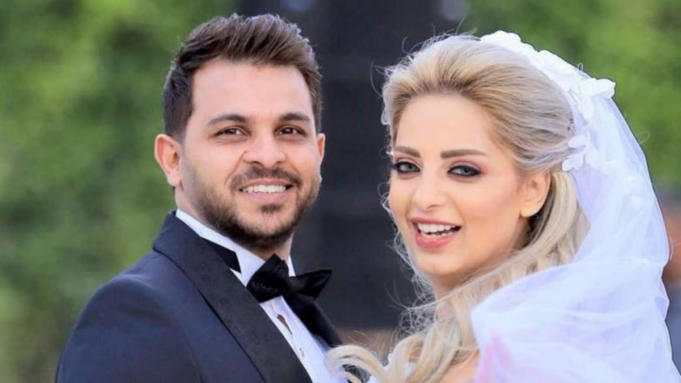 Yeah. We think you might have an idea of who we’re talking about. We’ve all heard about Mai Helmy and Mohamed Rashad’s divorce and, like you expect, we do have thoughts on it.

We’re not going to go into private personal details here, for your information. And, sure, you might say that we’re about to talk about something pretty personal here but we’re only going to mention the things the public knows because there lies the roots of this big issue.

See, 3 years ago, Mai Helmy and Mohamed Rashad began a relationship and that was perfectly fine. There was a little flirting, according to the pair, and there were some laughs — that’s perfectly fine too.

The day it started going downhill, very publically, was the day Mohamed Rashad walked out on Mai Helmy…a couple of hours before the wedding over a dispute with her father over the wedding registry.

We don’t know the extent of the argument so we can’t fully judge. But we do know that the love that was there before apparently disappeared instantly. And that, if you didn’t know, was a pretty major red flag. A Red Flag with a capital R.

But the couple reunited and things were back on track and life went back to normal for everyone. And then this happened:

Rashad divorced Helmy and went on social media to post that ‘everything happens for a reason‘ and to thank the friends that supported him, while the ex-wife herself apparently was not notified. Yes, as in, you on Twitter probably knew about it before she did.

Despite the fact that no one should ever have to be treated this way, we can’t but be thinking one thing.

This is what happens when you ignore the major red flags in your relationship.

Now, let’s make one thing clear. We’re not against Mai Helmy and (again) the fact that her ex publicized their divorce and didn’t tell her is horrifying. But tough love is needed here.

But for a topic that has been discussed by everyone, no one seems to take this seriously. And this always backfires because red flags are like red traffic lights and accidents happen when you speed through those.

There’s a good reason why it’s difficult to ignore the gut feeling that won’t go away when you think something’s going wrong.

You’re not supposed to ignore your gut. And if you do, then read into things, ask other people (ones you trust) for their opinions, ask relationship counselors. Most importantly, ask your partner — because that’s the only person who can confirm if something’s really wrong.

“But I can’t bring myself to ask my partner something like that because I’m afraid and/or worried it might be true” — congrats, you’ve discovered a person you’re not supposed to be with.

We’re not saying this to be mean. Not at all. We actually have your best interests at heart and if that means leaving a person who scares you or makes you anxious, then you should do that and never feel guilty about it.

There’s nothing to feel guilty about. Despite what some people say, red flags and signs don’t “go away once you’re married” and they’re not “tests you’re supposed to pass” — tests are misunderstandings or judgmental people, not someone gaslighting you.

We cannot assume we know everything about Mai Helmy and Mohamed Rashad’s pre-divorce life.

So we can’t possibly know if all the red flags were glaringly obvious before, but the fact that he walked out on the wedding kinda makes up for a horde of red flags. Even if he isn’t a bad person, he was a horrible partner to do that. And this is why red flags are unignorable.