Identity Magazine
Home Lifestyle Does He Flirt With You but not Ask You Out on a...
Facebook
Twitter
Google+ 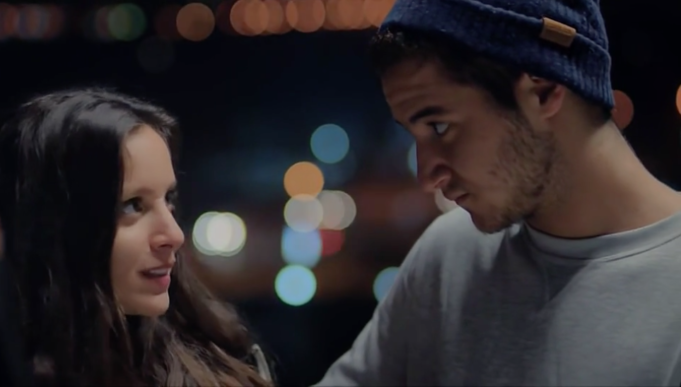 Of all the confusing colours out there, I think grey would win the trophy of the most confusing! I am not sure it is even a colour; it’s some wanna-be hybrid between black and white. Same goes for a relationship with someone who flirts but never asks you out. You’re not dating, but still you’re certainly not in the friend zone. You’re in that ugly grey zone. You have your foot in both camps. Welcome to the mixed signals orbit, pal!

Most of the time, mixed signals are really simple to understand if we just take off our blinders. Here are 7 scenarios that might help explain what those signals mean:

SCENARIO #1 He Is Not Sure About His Feelings Yet

Let’s kick off with the good guys who don’t walk around throwing promises they are not sure they can keep. A guy who flirts with you is someone who likes you, but that doesn’t mean you’re a good match, at least he is not sure about it yet. So he is only taking it slow. Slow steps are better than a careless jump!

I don’t know about you, but I haven’t read or heard about a book where the ‘guy should take the first step’ rule is written down. It is just a commonly known behaviour. Some guys just don’t believe it, or can’t follow it. So he is waiting on you to give him the loud and clear go ahead.

Worst scenario that could happen to you. Some guys thrive on attention from girls. It’s like it’s his fuel to keep going with his life. He doesn’t care about spending quality time with you; he just wants to flirt!

This guy wants to give himself a pat on the back that he can flirt with any girl he wants. It excites him to toy with this one, and tease this one, but never takes a step further because he likes juggling many balls at once!

Well, this scenario is possible too. The guy might be flirty but in a harmless, not serious way. You’re the one who mistook his teases as an expression of his attraction to you. He might just be honey tongued and it’s your head that drifted somewhere else.

SCENARIO #6 He Is Afraid You Will Reject Him

Rejection, that ugly scary word and what it could do to us. If this is your case, you must hush down your guy’s fear by being more expressive about your feelings toward him, only then he will find the courage to move on to the next level.

A kind of a mixed scenario from some of the above. Your guy likes you, but he isn’t sure if he is ready to get involved with someone in general. He debates on ending the relationship but then he feels like he needs to be with you, so we fell into our lovely colour zone, the grey zone!

Whichever scenario reflects your current situation best, remember, never be with a guy who makes you wonder about his feelings toward you. Period.