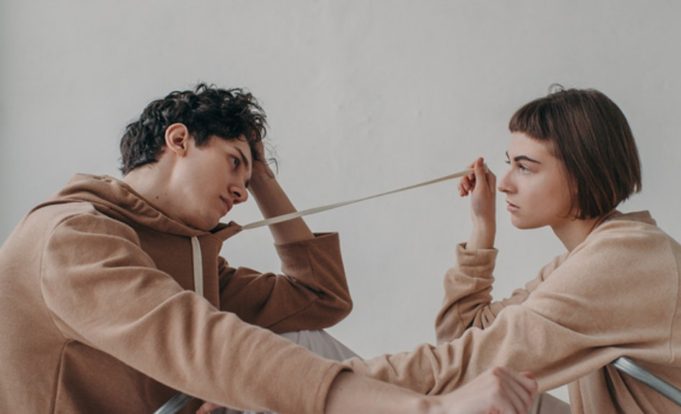 I’m 23 years old and I’ve been in a relationship with my high school sweetheart for 7 years now. I’m writing you because he has this weird thing I call “seasonal commitment issues”. It first started during our first summer together, where we had a huge fight and broke up for the 3 months of summer. But as soon as we were back to school, we got back together. This pattern kept repeating almost every summer of every year. Needless to say that it used to kill me every summer, at least at first, but after that it has become kind of expected.

Whenever Sahel season starts, he comes up with a silly problem and keeps overreacting about it until we break up. I confronted him before, but he always keeps going around it and never gives me a valid explanation of why he is doing that. Many times I refused to get back with him, but he just wouldn’t take no for an answer! He did all the crazy romantic stuff in the book to bring me back to him.

For me, that’s emotional abuse, to expect our break-up every summer, go through it all over again every single time and try to talk him out of it and failing every time. It’s a never-ending loop that I’m unable to break. I’m totally lost and don’t know what to do!!

In relationships, the rules of fair play include that if someone is in a relationship, and he broke up with his partner, he is free to date again.

The rules of fair play also mandate that if that person and his partner, with whom he broke up, decide to hook up again, there is nothing to prevent them.

Since this is a recurrent issue in your relationship, I can safely assume that your boyfriend wants to flirt left right and centre during the summer, then return safely to your haven. He wants to make sure he is “free” so that when he meets someone, he could look her in the eye, and tell her without a blink, that he is single. He would not be lying then.

I am not saying that he does not love you, I am saying that he wants to be uncommitted for a couple of months every year to flirt around and date confidently. From his perspective, he thinks he is too young to settle for just one girl. Some men never manage to settle for one girl even in their 50s and 60s.

What are your options?

First: Accept his summer flings and continue like this forever after – if you get married.

Second: Accept his summer flings and let him know upfront that you will be free to try dating other men.

Third: Refuse this “abuse”, as you named it in your message, and turn the page. You are growing up and you are no longer that sixteen-year-old girl who hooked up with her high school crush.

Personally, I would advise you to go for the third option.

Your boyfriend is just being himself and you cannot change that. Maybe in five years he will stop, but what would be left of you then? All the pain and agony that we go through wears us out, toughens us up, and changes our core – eventually.

Maybe this story is meant to end here. Maybe it is time to archive it with the sweet teen memories and embrace adulthood like a grown-up woman? Maybe you owe it to yourself to stop this recurrent pattern of frustration?

I have seen many women, ripe mature married women, whose souls get crushed many a time when their husbands cheat or have summer flings. There is a look that they all have in common – the look of a woman who was let down by her man. There is a sense of defeat about them – they were defeated because they chose to accept the “recurrent pattern of abuse” instead of opting out and embracing life with all the other options out there.

I would hate to hear from you again, ten years down the road, after being married to that man, and having to listen to the story of your defeat. This is your chance … think about your options … take your time… decide when you are ready to let go.