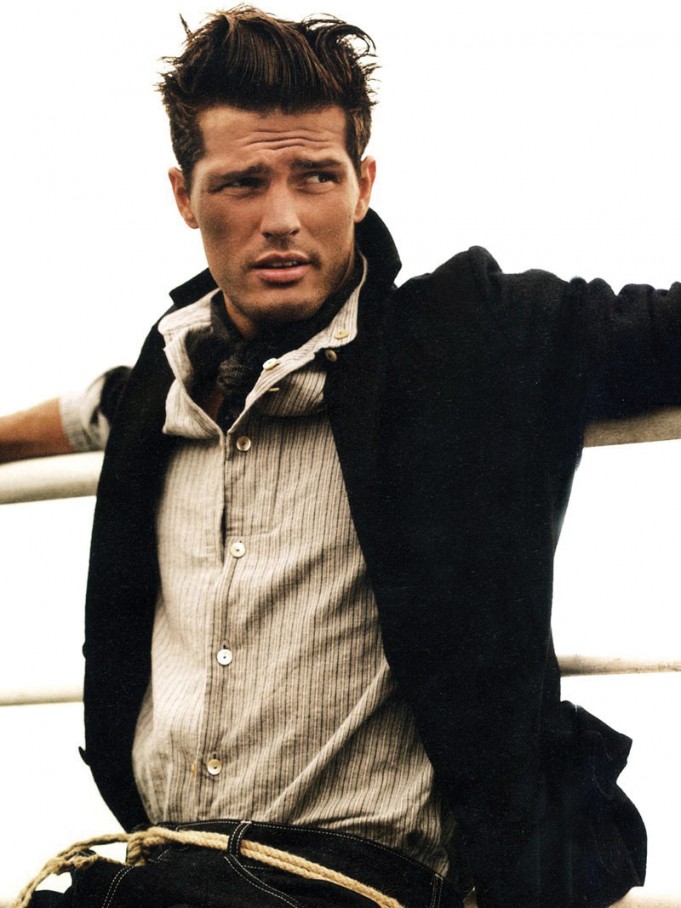 Although the male brain is still considered a foreign subject to most of us, we will cautiously attempt to get into its complexities regarding the international day of romance. Some quick interviews revealed how the male species really feels about Valentine’s Day.

“I couldn’t care less about it, I only give it any sort of attention to please my girlfriend. Otherwise, it’s just another day of the week for me.” – R.M., 21.

Although this guy might not be into the idea of Valentine’s Day, he is willing to go the extra mile for his significant other. He is also the type that would probably ask his partner or her friends what she would like as a gift instead of trying to be original and coming up with his own ideas. Some women might view this as a lack of interest in the relationship, but it’s just his personality. In his view, he is giving her exactly what she wants to make her happy, instead of taking the risk of doing something or buying her a gift that she would despise. On the bright side, he doesn’t expect much back from his partner. So if your man is the pleaser type of guy, you don’t have to scratch your brain too hard on what to do for him. Just sit back and let your man do the work!

The “Netflix and Chill”

“I have nothing against Valentine’s Day – it doesn’t hinder society. There’s nothing wrong with a day dedicated to the expression of love. I’m not really big into the whole dinner thing. I’d much rather order take out and watch a movie and chill with my girl at home.” – O.S., 29.

He would much rather stay in, order some pizza, and cuddle with you just like any other night. He goes by the concept that he doesn’t need a day to remind his woman how much he loves her. There’s no need for grand gestures and fancy dinners on this one day if he already shows her how special she is the rest of the 364 days of the year. So if your man is the chill kind of guy, and you want to celebrate Valentine’s Day properly, try to find a compromise where you maybe stay in but still exchange gifts.

“I actually love getting and giving lovey-dovey gifts. I would much rather get a thoughtful gift or card from my woman that she made herself than some expensive gift.” – S.S., 27.

Valentine’s Day is his favourite day of the year and he is not ashamed to admit it; his excitement for the big day never withers. Even though he’s generally the romantic type and always likes to go out of his way to spoil his woman throughout the year, on Valentine’s Day he takes things to an entirely different level. He will start thinking and planning weeks or even months ahead. He will bring up what he has planned for the big day everywhere he goes even though he knows his friends are sick of hearing about it. The concept of “less is more” doesn’t really phase him. Flowers, chocolates, teddy bears, heart-shaped balloons, anything that screams love, he WILL find it and he WILL buy it. If you’re also the romantic type like your man, prepare yourself to feel like the only girl in the world. If, however, the idea of romantic cheesiness makes you gag a little bit, make sure to give your man a heads up.

The Valentine’s Day hater comes in two types. The first is one whose hate genuinely stems from a criticism of the greeting card and flower industry. The other only uses that to cover up the fact that he’s lonely and bitter like the rest of us. Men are supposed to be these strong creatures that can’t portray any kind of emotions (or at least that’s what he was taught growing up), so he feels pressured to hide how he really feels. His hate is definitely correlated with his relationship status. As soon as he gets into a relationship, he will most likely become the cheese-ball type.

“I’m the worst at planning things, and the added pressure of having to find a gift that she would like drives me insane.” – Y.B., 31.

He is generally the anxious type who is constantly stressing about everything from work and family to insignificant things such as what he’s going to have for lunch or when he’s going to shower. So asking him to plan a whole day AND find the perfect gift is like handing him a shot of anxiety. He doesn’t necessarily dislike Valentine’s Day, just everything that leads up to it. He is never too confident about his ideas (even though they’re probably perfectly fine) and is constantly asking everyone he knows for feedback on what he has planned. When the big day arrives, you would think that with the smile of approval from his significant other, the weight of the world would be lifted off his shoulders but that is not the case. Throughout the whole night and probably for days after (or in some extreme cases, weeks), he will continue to seek approval from his partner on the details of the night. “Are you sure you liked the gift? Would you rather have gone somewhere else? I know I should’ve booked that other place.” If your man is the anxious type, try to give him a few hints on what you would like in order to ease the pressure, and remember he only stresses so much out of love.

“Getting laid becomes ten times easier on Valentine’s Day ‘cause single girls are usually feeling extra lonely and just want someone to hold them even if it’s just for the night.”– T.B., 25.

He always comes out to play on Valentine’s Day because he’s aware that many single ladies are usually feeling an overdose of loneliness and would love nothing more than not to spend it alone. It’s really a golden opportunity. Some of us are outright depressed and not afraid to show it, while some put on a brave face and try to act as if it doesn’t phase them. However, we all know that on the inside we’re all thinking how things would be so much better if we had that special someone in our lives. This type of guy has that all figured out. He will usually use the “I’m single and lonely too, let’s take care of each other” card, giving off the impression that he’s after some passion and romance. But we all know it’s all just lust which probably expires the next morning. Therefore, whether you’re the moody or the brave kind of girl, he will try to figure out a way to get into your pants – don’t become his prey.