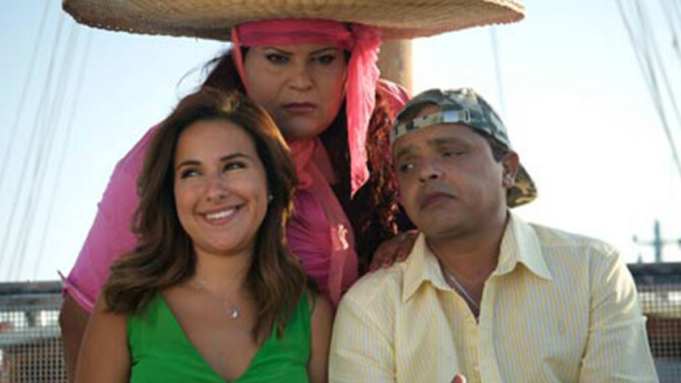 Sometimes when your friends are in relationships, there’s a slight chance you’re playing a part in it. Not in the creepy way, you know, but in the way that when your friend goes on a date, you are too.

It’s hard to tell just why or how third wheeling happened but it’s a thing now and it doesn’t look like it’s going away anytime soon, so we might just have to live with it.

And to live with third wheel duties, well, we feel like a certain set of rules have to be applied. Specifically in regards to what not to do as a third wheel.

If you’re third wheeling, you don’t have to be all down about it. Try to make the most of it, save up on your people-energy and try to be as chatty and bubbly as possible. Why have an awkward cloud when you could have a jolly old time?

Think of it this way, before she became an iconic meme, did anyone like the little girl from El-Lemby? Here’s your context.

Keep your friend-roasting on a steady medium

If you’re out with a friend on their date, chances are you’ll get to that point where you have to follow your Top Friend Duties and roast them in front of their date, usually with embarrassing stories to boot.

Here’s the thing, though. When doing this, try to not make your jokes too weak but don’t take it too far either. This is your friend’s reputation after all and the Grade-A can wait until the fifth date.

Okay, so remember when we said don’t be uptight and tight-lipped before? Yeah, we stand by our point except there’s one teeny tiny condition. Don’t overshadow your friend on their date.

Because this is your friend’s date, they should stand out as the fun-loving, humorous character. You have to play the Sidekick for this one.

Try to not be awkward when/if PDA happens

Depending on the date and the degree of closeness, the two people going out might at some point try to be affectionate. If you’re still present for this, we really have nothing to say except try to give them their space and don’t exude awkwardness.

We know that might be a bit hard but just try this once and then you’ll have a lifetime of favors from that very specific friend.

Don’t treat it as a chore

Technically, being a third wheel is a chore and you’ll always be dreading it if you have to take that mantle. There’s just one thing that comes to mind here: did any chore become easy for you when you kept treating it as a hard, tedious thing?

We’ll answer this for you. No, no chores will ever be easier the more you dread them so the key here is to try and think of the fact that you could be doing something worse or more draining.

Just try to have fun!