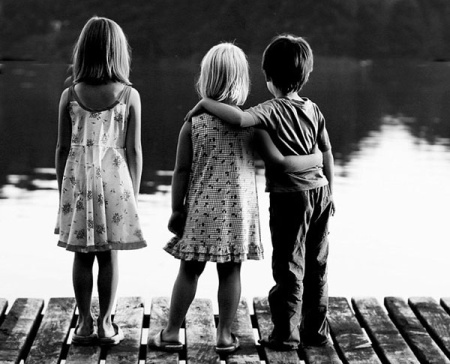 Hating your friend’s significant other – something many of us have been through at one point in time. Being the fly on the wall in a relationship makes you see things that your friend doesn’t really get to see. You might not like your friend’s partner because they’re bad to them, you think your friend deserves better, or you simply don’t like them. Whatever the case, it’s one of the worst thing that could happen to a friendship. If you give in for the feeling, chances are you’ll lose your friend. Controlling your hate is important; knowing how to deal with the situation is even more important!

Is it you or them?

You have to understand what the roots of the problem are. Is their significant other really that bad, or you’re just not used to the change? Not being used to change could cause jealousy, or at the very least an uncomfortable feeling. The problem might actually be you, not them.

Do you not like them for a reason, or you just don’t get along?

Not everyone is everyone’s cup of tea. They could have a different personality from yours, or you simply can’t stand them, and that’s okay. At the end of the day, they’re your friend’s partner, not yours.

Are they good to your friend?

I’m guilty of hating partners who are mentally or physically abusive to my friends from both genders. I can’t pretend that I’m okay with someone draining my friends. However, unless the abuse is quite obvious, you’re not allowed to have an opinion. You’re only seeing the relationship from the outside, and you’re not a part of it.

If you’re not close friends, shut up about it.

Try to reverse the situation. If this friend didn’t like your partner, would you accept their criticism, or even care about their opinions? If yes, proceed. If not, then don’t do anything about it. Simple as that.

If you feel like you’re about to screw things up, be honest with you friend.

Discuss your feelings with your friend. It might just be a misunderstanding, or you might be seeing something they’re not and you’ll be saving them from a bad relationship. However, make sure you’re diplomatic, have respect for their partner and their decision about the relationship.

Expect things to go bad if you chose the honest road.

This is very important particularly if it’s a friend from the opposite gender. They might think you’re jealous and trying to sabotage the relationship. That’s why it’s important to make sure they know you’re trying to make an effort to get along with their partners.

Be honest with the partner.

Chances are, they already know that you don’t like them. You might as well have a talk and see why you’re not getting along. It might be an overall misunderstanding.

Get to know them more.

Maybe you’re giving them a premature judgment and they turn out to be nice people. You’ll never know unless you give them, and yourself, a chance. Participate in a group activity with them, or maybe go out one-on-one.

Know when to back off.

If you find it impossible to get along, avoid them. Let your friend know that you want them to be happy with their partner, but don’t want to be involved with them. They should respect your honesty, and you’ll be avoiding unwanted drama for the future.