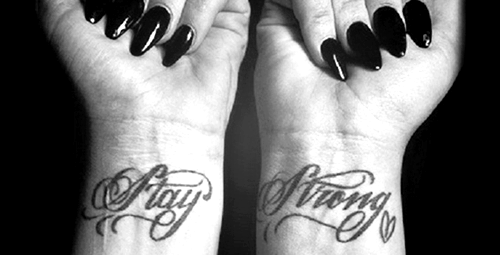 Self Harm (SH) is defined as the intentional injuring of any part of the body without the intention of suicide. Outsiders could view self abusers as crazy or bizarre people; they just don’t realize that it actually can be a symptom of several other mental health problems, including depression and anxiety. Before you judge someone for self harming, try to dig deeper and search for the reasons behind it.

Self harm is mostly recognized by cutting the skin, but can also include burning, hitting, poisoning or not allowing injuries to heal. Depression is a common culprit; so this is not done for kicks neither for seeking attention! Usually, a person who self harms reaches a level of anger or depression accompanied by a great energy that just wants be let out by any means! The one who self harms usually gets a little unconscious while doing it; all they focus on is getting rid of the psychological pain inside.

For someone to cut themselves, it must be due to major psychological pain. Those people are usually the most sensitive ever. When they face a hard situation that gets them really angry, they tend to feel a physical pain rather than a psychological one. It turns into some sort of a distraction so they can focus more on the pain and the hurt that they could actually see. Usually, the scene of a bleeding cut relieves them a little (A reminder: They are NOT crazy nor psychopaths) .

The mind goes blank when someone reaches that level of anger; they get a little obsessed with how to get rid of their pain and anger. They often go into a phase of “This is not happening” where there is pleasure in the physical pain. As mentioned before, it’s a distraction; it eases the mind a little. It can be described as “Healing pain by another pain”.

Self abusers are normal people; all they need is help to make them feel better and overcome any type of anger. DO NOT bring religion into this; this is a symptom of an illness that needs to be treated. If you know someone who self harms, be there for them. Make them feel safe and try your best not to hurt them! And if you self harm, you’re not alone in this. Stay strong and seek help; DO NOT be ashamed of what you’re doing to yourself! You’re just someone who’s really sensitive and fragile; stay strong!