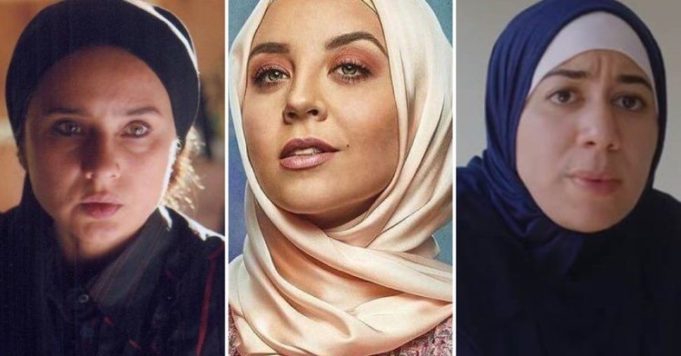 Disclaimer: We are not referring to any kind of conspiracy theories or agendas against any group of women here; we’re just pointing out the lack of diversity and originality!

Recently, a growing stereotype concern is starting to rise among many Egyptians. And no, it doesn’t only have to do with “Radwa” Mariam El Khosht’s character from the current screening of Leih La2.

You see, a girl with a veil is not an unusual sight in Egyptian society. We think it’s safe to say that the bigger majority of women are hijabis. But somehow, when portrayed in drama, they all kind of have the same personality flaws. So, let’s see…

In Sabea’ Gar, we all remember Doaa for being stiff and inflexible about almost anything fun, right? She’s always unhappy about something and she’s always judgmental of her more outgoing peers!

So far, we’re loving the series Leih La2 for discussing some really progressive topics. But still, there it is again, the submissive helpless character in an abusive relationship is the only hijabi!

Don’t get us all wrong, we loved Sabe3 Gar series and we’re still hoping for a new season. Yet again, we see another hijabi character that is never content with her life, she even drives her own husband to cheat on her.

A couple of years back, we saw Nelly Karim in another portrayal of the abused wifey in Le A3la Se3r. But that’s not even the problem. When she finally broke free and found her voice, she took off her hijab, of course.

Again, this is no direct criticism of the shows mentioned, this just our take on the poor delivery of women. The problem is not that SOME hijabi characters are made weak because some non-veiled characters are also weak, but the fact that ALL characters with a veil are the same. When drama is supposed to be realistic, diverse and inclusive!