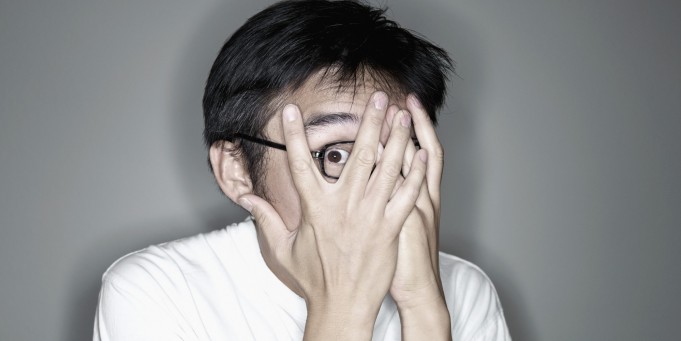 I’m going to be brutally honest; I have no respect for guys who use the “I’m scared” excuse to end a relationship. Only an extremely rare number of them actually mean it and are telling the truth, but the vast majority are usually just using it to get out of it guilt-free. It’s a very sneaky way of not only ending the relationship, but also getting sympathy for it. It sometimes even leads the woman to feel like the relationship ending is her own fault, that SHE’s the one who scared him off, and SHE’s the one who caused the relationship to end. He gets to walk without looking like the bad guy because poor guy, he’s scared. How could anyone possibly be mad at a guy for being scared and loving someone so much to the point that it was getting too serious that he had to let her go because of it. It’s genius!

As for the guy who is telling the truth and who is genuinely scared – think about it this way; do you really want to be with a guy who’s unsure whether he wants to be with you? The kind of guy who turns around and gives up on you as soon as the going gets tough? No. You want someone who’s going to be there for you no matter what the consequences are. Someone whose love for you and his need to have you in his life will trump any fears he has. Someone who will sit down with you and work things out if he’s having any problems, not just give up on everything you built together.

Here’s the harsh truth, one that I unfortunately learned the hard way: If a guy is too scared to commit, it means he’s willing to let you go. So many guys are scared of commitment, but if they genuinely love a woman and want to be with her, they will do whatever it takes to be with her. Everyone has fears, everyone has insecurities, everyone has emotional baggage, but it’s how you deal with it that separates the boys from the men.

So guys, if you’re too scared to commit from the start, if you’re going to drag her deep down until she starts falling for you then leave her to drown and swim up to the surface, then don’t get in a relationship in the first place! Deal with your insecurities and fears first because you get someone else’s heart and feelings involved. It’s just not fair!

And girls, the next time a guy uses the “I’m scared” excuse and walks away, let him walk. Don’t give him any form of sympathy or think for a second that you’re the problem. Don’t wait for him to fix his issues, because that’s not guaranteed and you don’t want to waste your life waiting on someone who might never deal with their problems. Move on and I’m sure you will find someone who will be there for you no matter what emotional baggage they’re carrying and who will stick by your side no matter what.