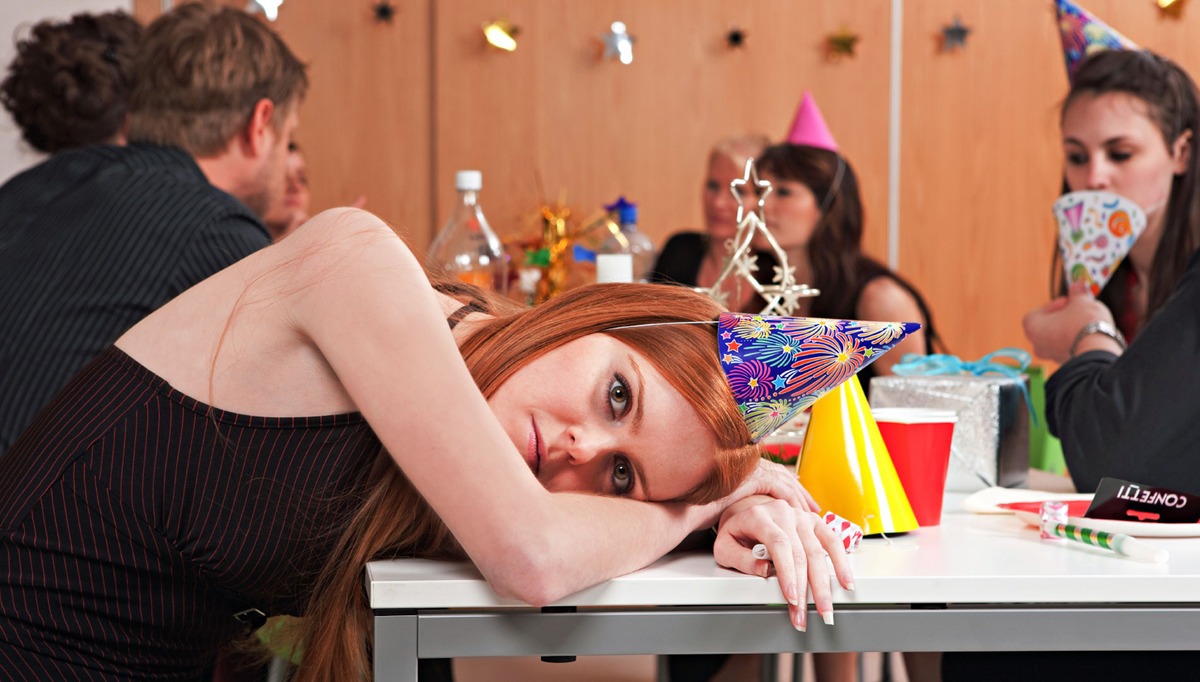 For us, introverts, getting invited to a party could be one of our worst nightmares. Parties are loud, crowded, you’re forced to socialize, and everyone just turns obnoxious after a few drinks. Attending a party is not an easy task for introverts; it’s a whole complicated process.

We have to come up with excuses not to attend

Starting from “my parents don’t want me to stay out late”, to “I don’t have a ride.” You try to come up with creative and credible reasons so you’d slip out of the event.

You fail at bailing

Your friends don’t buy the crappy lies you made and now you’re forced to attend.

You prepare yourself mentally

You start giving yourself motivational prep talk. “You can do it! You can attend a party with hundreds of people without having a mental breakdown and killing everyone.”

If you make it early to the party, you’ll be forced to greet everyone who’s already there if they’re not scattered all over the place. If you’re late, they might be dancing and too busy to greet you. It’s a tough decision!

Fake phone breaks are good. Bathroom breaks are okay too but they aren’t as long as you’d like them to be, unless you want people to think you have diarrhea. If you’re a smoker, taking a smoke outside is also a good excuse, best one in fact!

Alcohol is the answer

If you’re a drinker, you contemplate getting drunk so you’d break out of your shell. If you don’t drink, you wish everyone else would get drunk, so they wouldn’t notice you leaving early.

If you’re a shy introvert, dancing won’t be your savior unless you’re absolutely comfortable with it. You don’t actually need to socialize with anyone and the music makes you forget about everyone around you.

Is anyone sober? Will they notice when I leave? Should I pretend I’m peeing then make a run for it?

You clear your schedule for the next week

You’ve met so many people, had many conversations, you’re mentally drained, and all you really want to do is binge-watch your favourite show in peace. You know you got enough human interaction for the coming week, or even month. You don’t need to speak to human beings for a while.