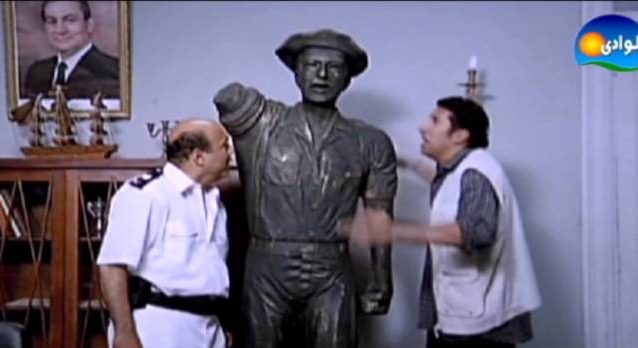 It’s common knowledge that lying is embedded in the Egyptian blood and while most white lies are harmful no matter how many times we try to convince ourselves otherwise, there are still some common white lies that Egyptians believe are not even lies but kind words that they use in order not to get on our loved ones’ nerves.

If you’re wondering what these lies are, stick around. We’re about to take you on a tour!

You just lied and said that you are sick. How can that harm anybody, right? It only does good. At least you won’t have to tell them that you didn’t do the work because you didn’t care enough! At least you made the effort to make it look like it was out of your hands, right?

Let’s just admit that we’ve all done it! No shame. Yes we get really pissed when others do it to us, but sometimes it’s so hard to just admit that you haven’t moved an inch since they last called you 2 hours ago!

Your friends are inviting you on a trip and you don’t really feel like going? Say no more; your mother is definitely the answer! If only your mom had a penny for every time you sucked her into something with your friend, that woman would’ve been rich as hell!

We’re all specially guilty of this lie, and honestly we do consider it a white lie! I mean what else do you expect us to do? Admit that we are planning to see you absolutely NEVER?

Not in the mood to chat or talk with your friends? The answer is simple: Mashoftoosh. Ma3rfroosh. How can they make you talk about something that you have not heard or seen before?

When a nosy person is asking you about something and you don’t want to tell them, you just lie and tell them that it’s a very long topic and that you’re definitely going to tell them about it when you have the time.

You go to the guy in El-Koshk and you ask him for change so that you can pay the taxi and he tells you “Ma3eesh Fakka”. However, once you buy a bag of chips, he magically has enough Fakka to go give you your change back. Or when you’re paying for something and someone asks you for two pounds, but you’re too lazy to open your bag and fetch him two coins, so you just stand there with puppy eyes and tell him “Mafeesh Fakka”.

SUREE! The 5 minutes however always end up lasting an hour or two!

When someone asks you to do something that you don’t really feel like doing like taking the trash out or switching the lights off, you just tell them “Neseet” instead of admitting that you were never planning on doing it in the first place!

This usually comes after 3ayzeen nezabat 7aga, because once the plans are set, it’s time to go with the back up plan of “Ana mashoftsh El-Mobile”. Therefore, I didn’t know about your plans so I couldn’t meet you.

When someone calls you and you don’t really feel like answering, you kind of thicken your voice and pretend you were sleeping to end the phone call as soon as you possibly can.

We hope you enjoyed this article and if you can think of one or two more white lies that you constantly tell, don’t hesitate to share them with us in the comments!