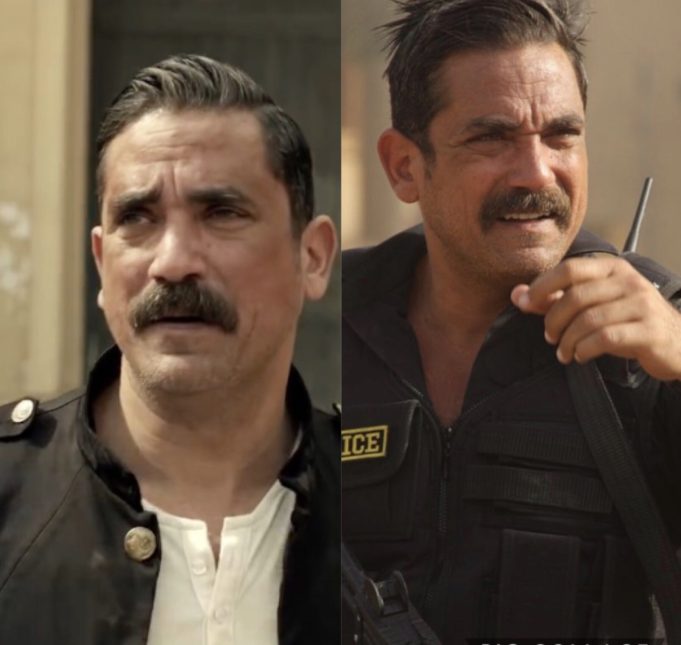 Amir Karara or “Basha Masr” as every single Egyptian calls him, is undoubtedly, a great actor. This has been completely proven to us since the very first episode of “Kalabsh 1” in Ramadan 2017.

However, it’s very common for successful actors to fall into the mistake of repetition!

Although “7arb Karmouz” was a very successful hit, we couldn’t help but notice all the huge similarities between both productions!

Here are the 8 things that made us have to double check that it’s not “Kalabsh” we’re watching on the big screen!

Even both names give out the same vibes. Hearing surnames like “El Ansary” or “El Masry”, gives you the feeling that we’re definitely talking about a national hero!

Ever since “Kalabsh” came out, Karara’s mustache has literally been the talk of the town. Some guys even started to grow theirs so they would look like “Selim”, as it was his signature look.

The same mustache makes an undeniable appearance as part of Karara’s signature look in “7arb karmouz” as well, that you find it hard to believe this is not “Selim El Ansary”. 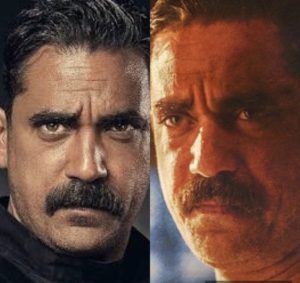 3# Being a Police Officer

It seems like Amir Karara can’t picture himself in another role, after Basha Masr’s huge success. Well, we can’t deny that it suits him, incredibly! 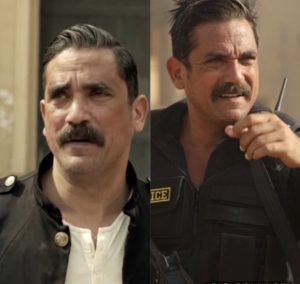 Although both plots are not the exact same, but the main idea that revolves around the honorable man who fights for justice and truth, is clearly the same in both works.

Again, the thing is that the idea of the hero suits Amir Karara so much, that we can’t picture him in anything else too.

5# The Cast and Crew

The characters in both productions are different, and each has his own significance.

However, as we were watching “7arb Karmouz”, we kept getting surprised at the appearance of so many of “Kalabsh’s” cast!

Last but not least, the movie itself was directed by Peter Mimi, Kalabsh’s director! 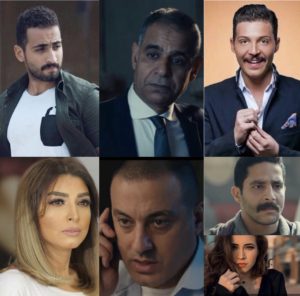 “Kalabsh” and “7arb Karmouz” both fall under the action and thriller genres.

We get to see Amir Karara, as Selim El Ansary, beating everyone up in both parts of the series. We also get to see him do the same as “Youssef El Masry” in “7arb karmouz”.

There’s no doubt that “7arb Karmouz’s” soundtrack is very catchy; it just gets you right in the mood.

But if you listen closely, especially at the ending credits, you’ll realize that the soundtrack is very similar to “Kalabsh’s”.

Both definitely have the same vibes of victory.

Last but not least, although both productions were very successful on their own, Peter Mimi saw that the whole guests of honor idea, will surprise and attract the audience more.

For instance, we have Maged El Masry who made a surprise appearance in Kalabsh 2.

The mega star Ahmed El Sakka, whom we already had known will appear in the movie, as he was featured in the trailer, made a short, but very strong appearance in “7arb Karmouz”. 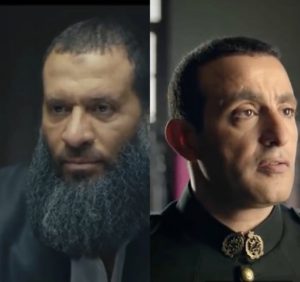 Apart from all of that, “7arb Karmouz” was really an incredible Egyptian production, especially cinematography wise, and we cannot wait for more movies like that. The future of Egyptian cinema looks much brighter now.

Those were the main similarities we’ve noticed about both productions, let us know what you think or if you have more to add to the list!