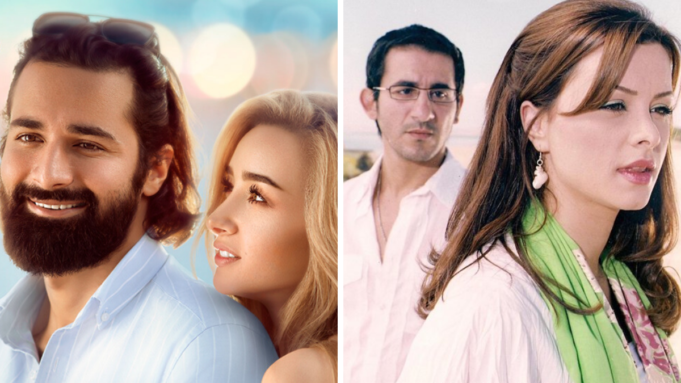 Our local cinema might struggle from time to time, but it’s delivered on some occasions. We laughed and cried and learned a lot about romance way back when Egypt had its fair share of Rom-Coms. Stories about how the guy got the girl or got a makeover and got the girl (and vice versa!), and just general romance.

The thing is, though, we haven’t had too many of those stories in a while now and we’re unsure why. See, it can be chalked down to many things.

For one thing, action films and book-to-movie adaptations are dominating the market with a steadily increasing demand.

And as we all know, once a trend is made, we have to walk it to the bitter end. So, once we’ve taken our bet on mustachioed muscle men, we had to accept they’re sticking around for a while.

Change is good and necessary, we know, but this change has turned our cinema from exclusively romantic to exclusively action/mystery and we don’t quite know how to feel about it.

Another thing contributing to the Rom-Com downfall is, well, they just haven’t been that good recently.

Okay, so we have nothing against Ahmed Helmy’s acting, but when this Rom-Com king has trouble with his scripts, then you just know something’s wrong with the market.

If Rom-Coms want a second chance at life, the writers will have to up their game.

Sometimes, the problem is with the scripts and not the actors. See, chemistry is a big part of acting.

Even if the script is more than okay and the story is compelling, a good Rom-Com needs appealing leads to be successful. A fact Egyptian cinema is completely missing these days.

This isn’t to judge how attractive the actors are, really, but to judge how well they go with each other. Case in point above; do you really see either Yousra El-Louzy or Sherry Adel meshing well with 53 year-old Mostafa Amar? Yeah, neither did we.

All the old favorites are too old to play the cutesy young couples we all once loved.

If the Rom-Com era means anything, it means Mona Zaki and Ahmed El-Sakka coupling off in one of their various movie romances. Although it might not seem like it, that’s kind of the problem.

It’s not really about El-Sakka or Zaki, but these two and all the other actors who took part in shaping up Egyptian movie culture are now getting too old to play two young people just falling in love, which is kind of how most Rom-Coms go.

Rom-Coms have made up a huge chunk of our pop-culture and with some effort, we can actually save them.