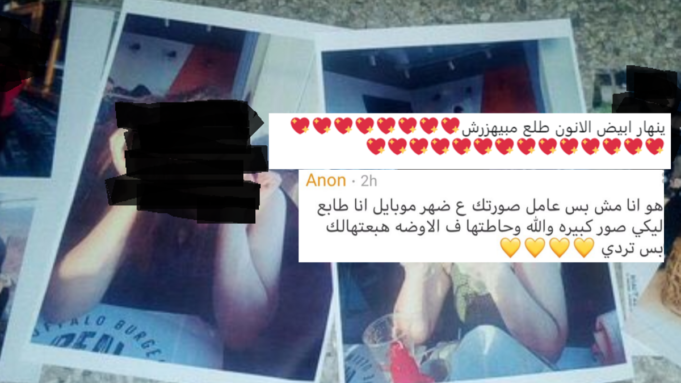 Recently, we’ve come across a twitter post that is, for lack of stronger words, shocking. Not in the good kind either. This twitter user was over the moon because she had a stalker now.

Yes, a girl was happy because she’s claiming to have a full-blown stalker.

The fact that the so called stalker is one step away from building a shrine didn’t seem to bother this girl. The sad part, though, was that many were happy for her too.

While we’re unsure of the authenticity of the story, it honestly doesn’t matter at this point. What matters is that some people think this is some sort of a romantic gesture rather than plain creepy.

Thankfully, however, many people did agree that this was a creepy act. With that said, what led others to believe stalking is a sign of passion?

Pop Culture Plays A Big Part In Changing Our Mindsets

By definition, a stalker is a person who harasses or persecutes someone with unwanted and obsessive attention.

Now that we have the Google-approved definition past us, let’s get into why behavior like this is being glorified even though it’s clearly skin-crawling.

Unsurprisingly, movies help a lot with romanticizing issues we shouldn’t. Iconic films like The Notebook and Love Actually have portrayed stalking as the greatest compliment a woman can get.

If the movies say that Ryan Gosling will be the end result, then surely it can’t be wrong to allow behaviors like following people around and harassing them until they agree to meet up to continue, right?

If you have a stalker, then you’re beautiful and worthy of love. Surely, that’s the case.

Music and books also portray having a stalker as something great. Even the one TV show that actually tried to show us stalking and obsessive behavior for what they were fell on deaf ears.

Everything is fun and cotton-candy and shirtless Robert Pattinson’s until the real world kicks in, of course. Then, it turns to cases of people being followed on their way home and even assaulted.

“My cousin married her stalker,” one girl, S.A., tells us. “I told her I was against it from the get-go because she didn’t even know the guy and he was always following her around.“

After a pause, S.A. told us that her cousin went through with it in the end because “she thought he was working hard to ‘reach’ her“.

The fact that the girl went and married someone, not knowing a thing about him except the fact that he followed her around, should be concerning.

Who knows what could happen behind closed doors? Who knows if this man is a good person in the end? This should not be the kind of story that ends in giggles and promises to tell it to your children in the end unless it’s a cautionary tale.

What We Should Do Here

We know that, logically, there won’t be anyone who is on the side of stalking. Assuming that there will be, though, let’s discuss the difference between actual stalking and online “stalking”.

The first difference is that the second part is usually not even stalking.

Yes, we know we’re all guilty of looking up cute people’s profiles online but as long as we don’t, you know, print photos and follow them to school or work, it’s just infatuation.

We may call it stalking because it’s a catchall word and it’s easier to say than “looking up profiles online” but we should be aware we’re not generalizing the word to the point where serious stalking is seen as something light.

So, the next time a friend comes to you gushing about a stalker they have, try to figure out what they actually mean. If it’s serious, help them know that, one, it isn’t cute and two, tell them how to protect their profiles.

Knowing what something entails can save lives at this point, so please keep that in mind.