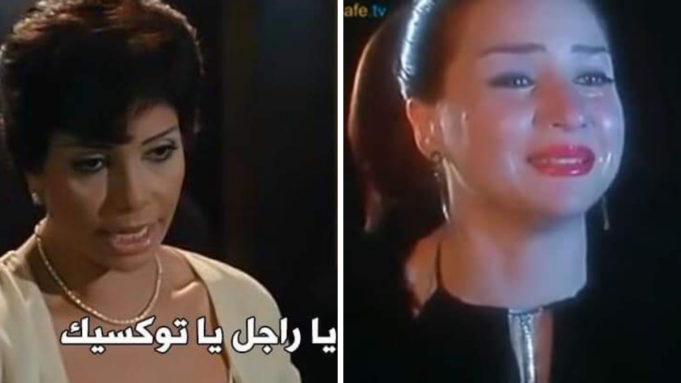 Some of life’s questions have always left us stumped. Why do we dream? Why did Sherif Mounir go that blond in Short w Fanela w Cap? And just why do Egyptian girls kinda hate anyone with the name Omar?

Reading that last question, you might be a little surprised or unconvinced. Since when does anyone hate someone because of their names, right?

Well, here’s the thing. Nobody has anything against someone just because of their name but when it comes to Omars (and Ahmeds, but we don’t have enough time to unpack all of that), girls will literally have fight-or-flight reflexes.

For context, these were some of the answers when one girl asked for relationship advice and happened to mention the name ‘Omar’ in the post.

Yeah, so like we said, we’ve got an urge to unpack this mystery and it’s not exactly out of the blue, so let’s go into the 4 major reasons that make most Omars red-flags.

And, yes, before you ask. The Omar w Salma trilogy does play a part in this.

Omar has always been the original “Hot Boy” name

All names hold certain perceptions in public consciousness. And ever since Omar El-Sherif chose his stage-name, everyone began perceiving Omar as the quintessential hot guy name. Think about it for 3 seconds before you brush it off.

So, what’s the problem with that? Well, most good-looking guys are kind of pigeonholed into stereotypes like being “stuck-up”, “arrogant”, and “jerks” even when they’re not.

According to an Egyptian girls groups’ statistic, one in every five girls has been cheated on by a Omar. And if that’s not mathematically accurate, then it sure feels like it. It seems like everyone out there has a story like that and the more stories like that girls hear, the more they add to an existing stereotype.

So, how can you undo this, if you happen to be a Omar reading this? Well, you can spread the good word by never cheating. It’s easy.

Hey, remember when we were all worried Omar from Bi 100 Wesh was going to betray the gang (and Sokar) up until the last minute? Some people thought it made sense because he’s a conman, but others, well…

And we know this isn’t the first time you’ve seen this. We judge that the first time we’ve seen a F**k-boy Omar was in Omar w Salma’s main lead, who’s specialty was cheating on the love of his life.

You may think we’re reading too much into it, but life does imitate art. Just think about how Ga3altny Mogreman single-handedly ruined Scorpios and you’ll get it.

Okay, you know how we mentioned that this name comes with its own set of stereotypes and girls just judge accordingly? Well, that’s kind of the major problem.

See, some people will read too much into the stereotype that they will see the negatives more than the positives. And when that happens, the result is usually a very bad story about dating and/or knowing a boy by the name Omar. You can call it self-destructive.

See? Even life’s most intriguing mysteries can be solved.