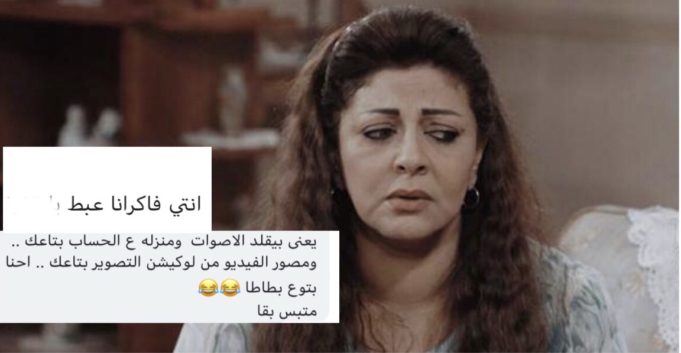 Let’s face it, there’s nothing people find more entertaining these days than celebrities’ scandals. And as unfortunate as this is, it happens and it’s the life of the internet. Like the recent one with Egyptian actress Hala Sedky.

On Monday, April 1st, Sedky posted a controversial video on Instagram, which seemed like it was posted by mistake.

In the video, she was heard degrading and insulting the crew she’s working with on set and called them ‘trash’ while taking a video of them. Which was – needless to say – VERY insensitive, arrogant and rude.

The exact words were: “Look at the trash people I have to work with”.

According to her tone in the video, Sedky was addressing a friend of hers but instead published it online.

However, this is not THE issue. You know why?

While we’re not defending anyone here, we still have to remember that celebrities are humans. They make mistakes, just like all of us. And let’s think about this recent incident; the actress was ‘joking’ with her friend, whom the video was meant for.

Doesn’t this happen to almost all of us?

Sometimes we make fun of other people for no reason at all, and address our friends as an ‘inside joke’. Knowing that it’s rude and completely insensitive. But we still do it.

Again, Sedky is at fault, but she’s at fault of something we are all guilty of doing. So why didn’t she, as well as other celebrities who end up in similar situations, just own up to the messes they make?

All the time, when there’s a scandal that’s almost always an online one; instead of apologizing or at least saying ‘yes, I did/said that’, some celebrities usually find a way to twist it around and rid themselves of the accusations.

For instance, Sedky is a mere example of that. Everybody knows what she said in the video. And honestly, we don’t think people were THAT surprised.

Again, it happens and it’s a human thing. We insult others for the fun of it and say the cruelest rudest words. And then, regret it later!

Naturally when such incidents get out to the wrong ‘audience‘, denying them, especially when it’s so clear that they’re undeniable, just makes you look even more ridiculous and at a position of accusation. 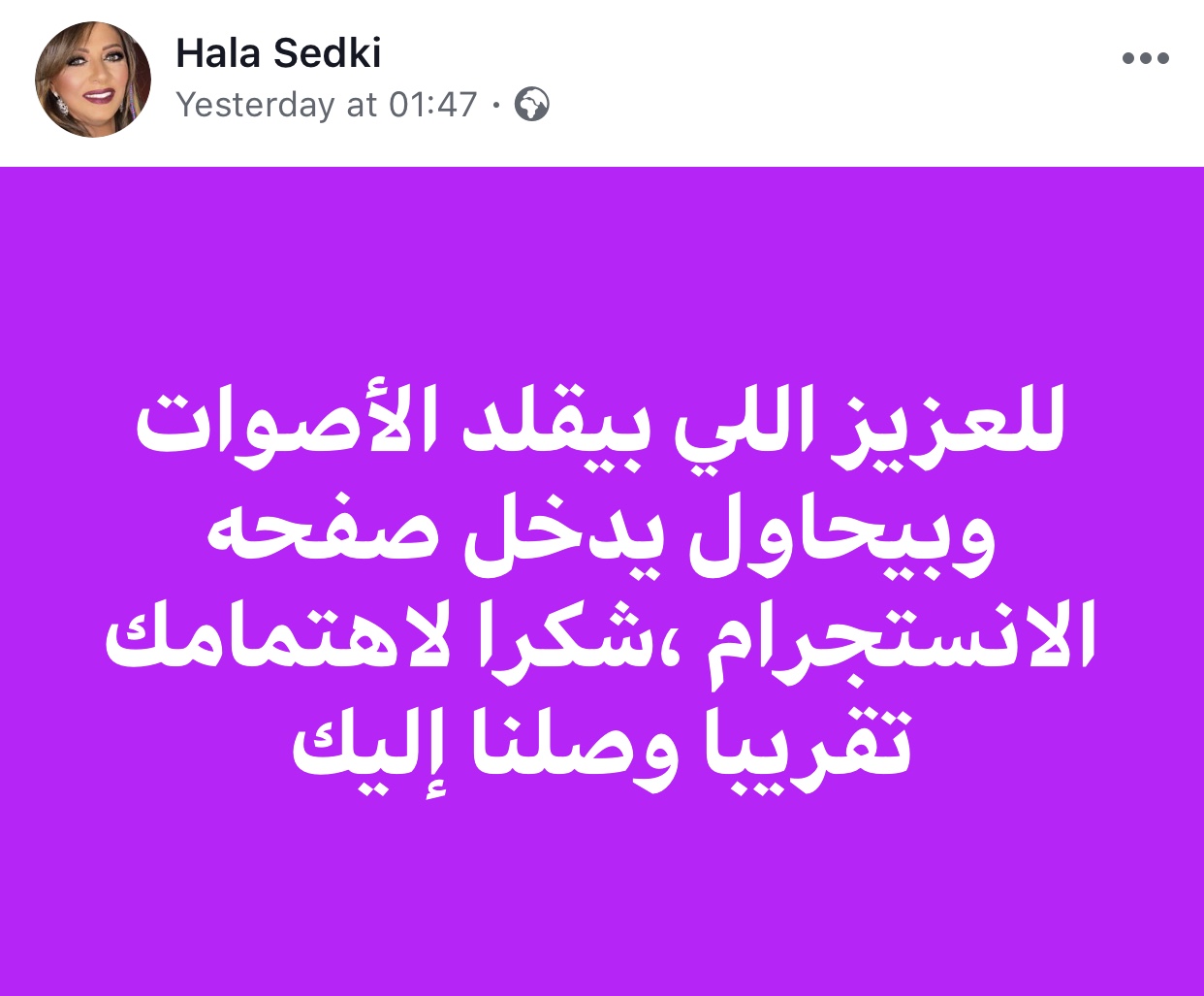 And the proof is when you look at Twitter, Facebook and Instagram, you’ll find that people only started really attacking the actress after she posted that someone hacked her account and imitated her voice. Really? 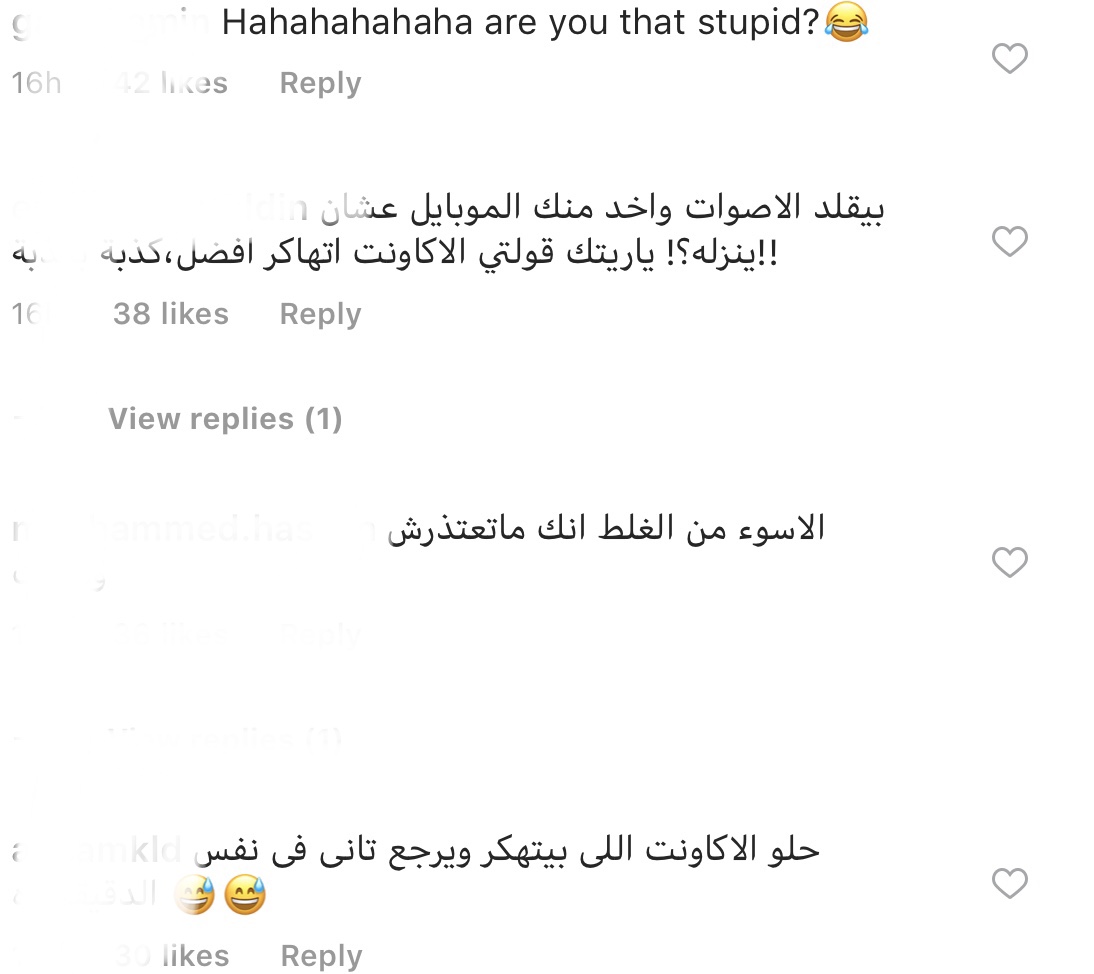 It honestly only makes people feel stupid. Or to be accurate, they see it that way; celebrities THINK the audience is stupid. And again, that’s even worse. In this case, it only intensified the criticism and roast online.

On the other hand, it’s not the first time someone does that. A few weeks back, former Egyptian footballer, Ahmed Hossam Mido insulted a Saudi fan who RESPECTFULLY criticized his work with El Wehda FC. And of course, the club fired back with sacking Mido for being extremely rude and disrespectful to fans. 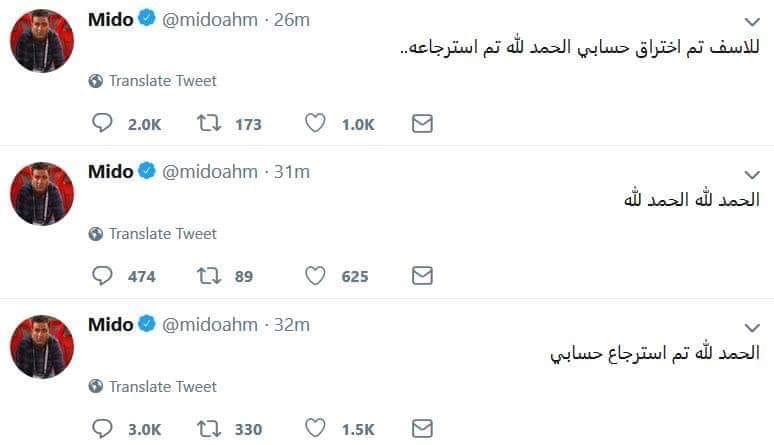 Now, guess what was Mido’s reaction? He DENIED that he insulted anyone, and claimed that his Twitter account was hacked and he got it back. He also promised he’ll have evidence to prove this.

But of course, nobody bought this; because people are not stupid.

Long story short, as unfortunate as this incident was, and as scandalous as it is, whether for Sedky or Mido; owning up would’ve made it 10 times better! It does not bite, really.