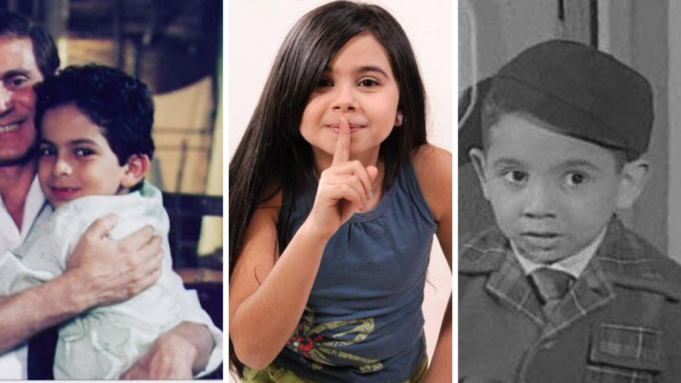 A typical actor’s life has always had this double-edged curse, if you think about it. Being talented doesn’t mean you’ll go too far and sometimes hard work can pay off years and years down the line and sometimes it doesn’t.

Some actors just can’t get the break they need at all. No matter how hard they try and although this can apply to anyone, right now we’re talking about child actors.

See, even though we’ve all seen child actors come and go, none of them had ever really made it in the traditional acting sense. Think about it.

Do you know who the last child actor that broke barriers and had a long, successful career was? Faten Hamama.

And can you count how many child actors who came after her reached the same level of stardom?

Yeah, it’s not easy naming someone who wasn’t Fayrouz El-Sagheera (retired age 16) because every child star that came afterward eventually disappeared, sometimes without a mark — and yes, the industry’s largely at fault. And here’s why.

Let’s begin with the obvious. Other than Fayrouz El-Sagheera in her few movies and Youssef Othman in Ba7eb El-Cima, child actors haven’t really had any purpose in their shows and films except for just being there.

And while, yes, they manage to get some laughs here and there, these types of role-less roles kind of make it a given that these actors won’t get taken seriously.

There are little to no Egyptian shows geared towards Egyptian children

Since we’ve just mentioned that child actors are mostly-used as character-fillers, we’ll also have to mention that this happens because, well, the story really isn’t about them.

No story ever really is because there hasn’t been any live-action show geared towards Egyptian children, which leaves child actors out of main roles that will later help them in their careers when they transition to grownup actors.

We’ve mentioned nepotism in the industry before when it comes to series-headlining but it’s really much bigger than that. Nepotism doesn’t just exist in big roles; it’s also a thing in small ones.

It’s not the world’s biggest secret, we know, but it’s still a pretty big issue since more than half the child and/or teenage roles on air go to actors hand-picked by the production. And this isn’t to say that some of the exclusively selected actors aren’t talented — it just serves to say that it lessens opportunities for other young actors out there.

All characters played by child actors are literally the same

We’ll admit, we’re not sure if this simply just falls under screenwriters thinking that “all children are the same” or not. But, honestly, if you switched one child character on one show with another, you’ll find that there’s no difference.

And sure, this may not affect the story much, but again, this affects the growing actors behind them because it leads them to a lifetime of typecasting — meaning, they’ll be stuck doing the same role over and over again, we won’t be able to associate them with anything else.