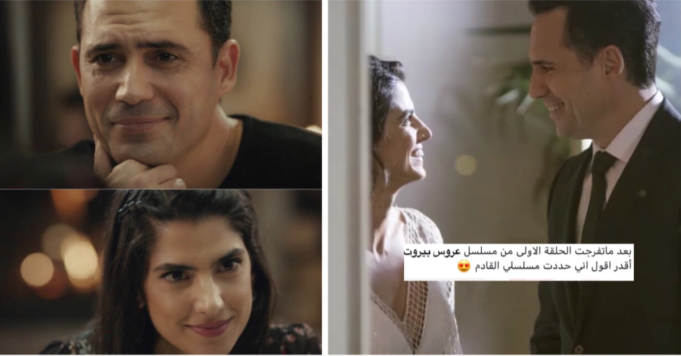 Every now and then, we, Egyptians find new amazing content to consume and obsess over. From Game of Thrones to Stranger Things, Peaky Blinders and more. However, this time around, it’s the Lebanese series “Aroos Beirut”.

Based on the Turkish series with the quite similar name “Aroos Istanbul“, the nicely made Arabic version, is written by Nadeen Gaber and Belal Shehadat.

Starring Dhafer L’Abidine and Carmen Bsaibes, the O3 and MBC Group production revolves around two love birds whose story is threatened by the hero’s – Fares – mother.

The romantic drama is fast paced, entertaining, and will give you all the feels. Like, you can’t image.

As the seasons change, especially when it’s not the Ramadan series camp, we find new Egyptian or foreign content to watch.

Remember when “Abo El-3arousa” and “Naseeby w Esmetak” basically took over our lives for quite sometime? Well, we’re actually proud that this time, it’s a Lebanese series. 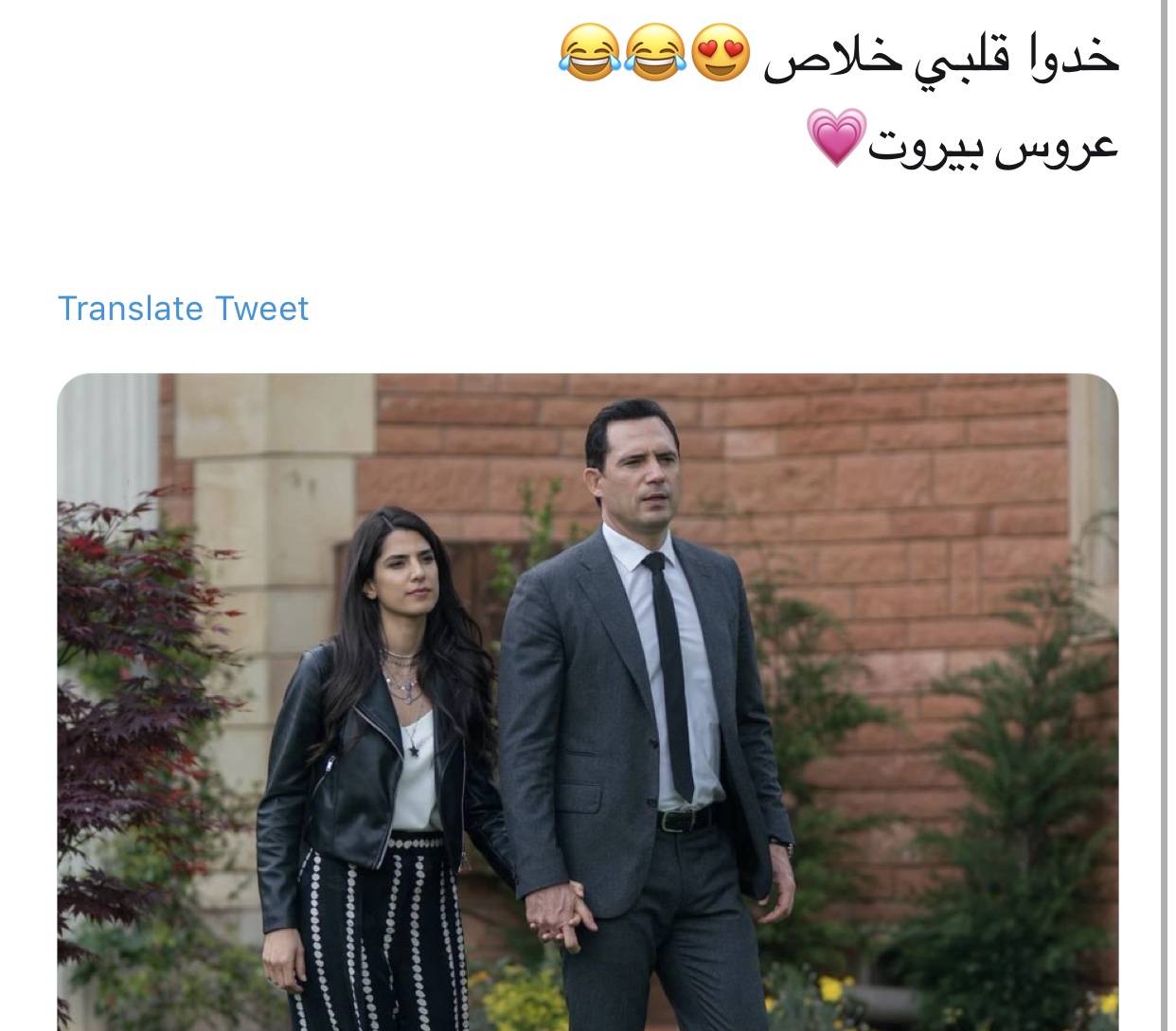 And not only that, it’s a Lebanese series starring a Tunisian actor we all love and appreciate, Dhafer L’Abidine.

As Arabs, we’d really love to have more of our own content to actually like and be consumed by.

It’s true that the foreign content is often quite good, and there are times when we find our lives revolving around whatever trending series in the US.

That being said, finding an Arab made and produced series that’s actually good, is just as important. 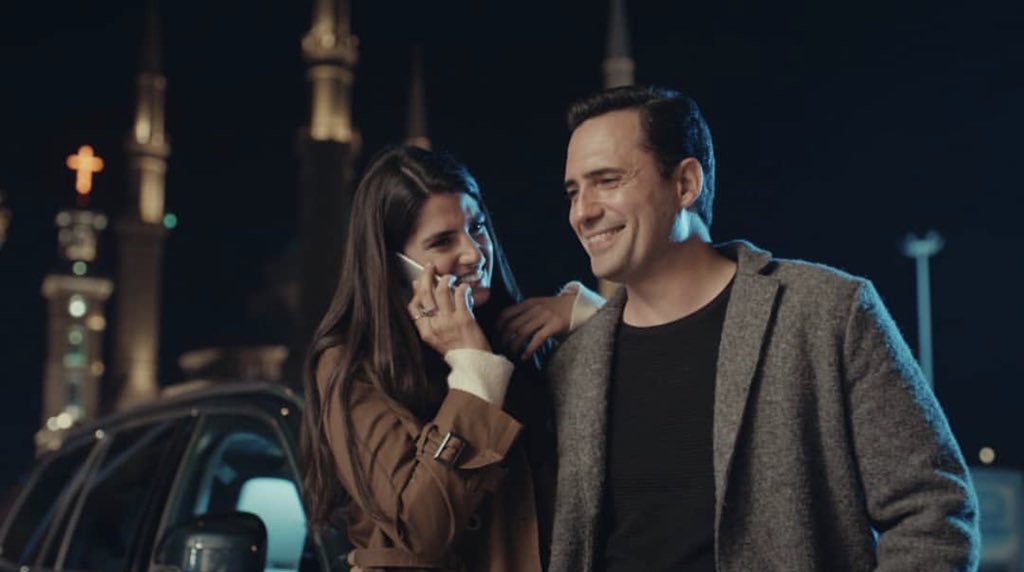 As “Aroos Beirut” or “Beirut’s Bride” is taking over social media, people are not only swearing by it, they also believe that it’s ten times better than the actual original one. 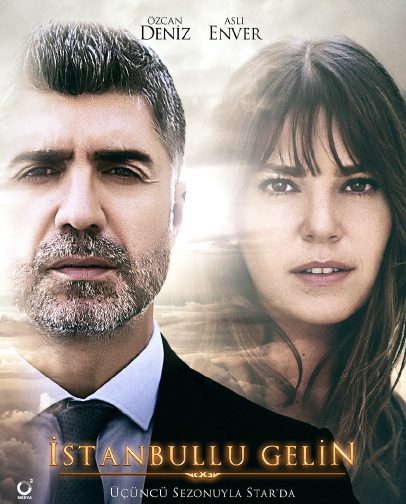 And that is a great achievement for Middle Eastern productions and TV content.

Of course if it was 100% original, it would’ve been better. And that’s what we’re really looking forward to seeing in the coming years, from all Arabic entertainment – including the Egyptian –

But, the difference between “Aroos Beirut” and any other format type of content is that this one is having its own touch so far and as previously mentioned and according to many people, it’s actually better than the original. 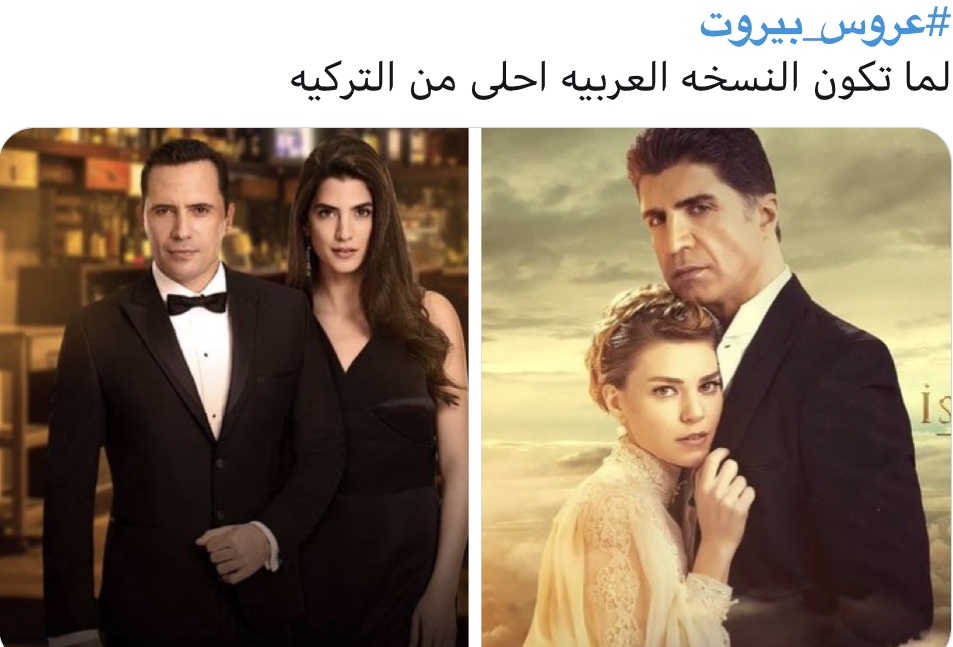 Bearing in mind that we don’t often praise more or less copied content.

Thank you all so much for your feedback !! ❤️❤️ So happy to read all your comments 🤗🤗 Hope you’ll enjoy tonight’s episode!! #عروس_بيروت #mbc4

It’s worth mentioning how Carmen Bsaibes – The lead female “Thoraya” in the series – really outdid herself. So many people are already talking about her great acting skills and the show has only been airing for 10 days now.

We’re sure that many already remember her role in Dhafer L’Abidine and Amina Khalil’s “Layali Eugenie“, but her true talent was never fully revealed then.

Now, you tell us, have you joined the watching club of “Aroos Beirut” yet? If you did, let us know in the comments what you think so far! And if you didn’t, well, what are you waiting for?